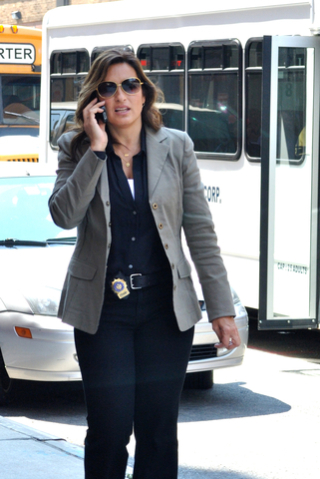 A structured settlement transfer petition involves an Albany New York area resident, who is leaving gobs of money on the table due to a relatively obscene discount rate from Circle Orchard LLC, a Wisconsin LLC associated with a Florida structured settlement payment buyer,  that leaves the annuitant with far less than the anticipated profit of the buyer.

Selling your structured settlement payments is always a 100% money loser, but upon information and belief Johnny Dutcher could be getting at least double what the factoring "Boca from Kenosha" is offering.

Episode: "Pass The Dutcher on the Left Hand Side"  [theme song to the tune of Pass the Dutchie by the Musical Youth]

Discount rate : 9.39%, which is on the low end of the range that the National Association of Settlement Purchasers finds ethical, but not near the best, including NASP members.

Related Reading:   National Association of "Settlement Providers" | What Settlement Purchasers' Makeover Reveals and It's Not All Good   January 19, 2019

Did SC "Victim" Bang The Boards With Cash Advance "Sandy Lyle" on JG Wentworth, US Annuity Svcs and Novation?

In delving a bit deeper into the Allyson Rainey matter it appears that Ms. Rainey could be performing a "Sandy Lyle", Ruben Pfeffer's wing man in the 2004 movie "Along Came Polly" who flattered to deceive in shooting a basketball, promising to "make it rain" net, however left those with whom she signed contracts with nothing but board.

In the September 15, 2016 transcript, Ms. Rainey testified that she made it clear that she was"not interested in making any kind of deals or hearing any kind of offers on selling her lump sum payments.” –Yet the fact is in digging deeper into her record it appears that she engaged at 2 more attempts at such shortly therafter. Furthermore in the September 15, 2016  transcript Ms. Rainey was concerned about keeping the advance she received.  In two separate filings made in December 2016, made with Novation and then JG Wentworth in the same court 13 days apart one wonders if she indeed received advances from those two companies and then purposefully got those deals dismissed, such as they were on January 11, 2017 and January 20, 2017 respectively.   I have reached out to Ms. Rainey and the SC Department of Consumer Affairs for comment.

Many structured settlement factoring companies offer cash advances as inducements.  Some as high as $5,000 or $10,000.  Ironically such inducements would be illegal to make to a prospective annuitant when the structured settlement is established. One annuitant, whose case made the front page of the Washington Post, was plied with over $200,000 in total advances.  The good intention gone bad with these advances is to help someone in dire need, for example with emergency cash to pay rent and avoid eviction, avoid electricity being turned off or having a car repossessed, while a structured settlement transfer is pending.  A number of factoring insiders have told me anecdotes of annuitants who abuse the system hustling them out of cash advances, cell phones and other swag.  There is so much profit in these deals that some of these companies don't care.

Judge Lisa M. Fisher of Greene County Supreme Court in Catskill  New York is a shining example of how judges in New York state are among the best and most thorough judges at evaluating petitions for structured settlement transfers for suitability and best interest.  Are you watching Portsmouth Virginia?

In her Decision and Order  in the Matter of petition of US Annuity Services, LLC for the approval of transfer of structured settlement payment rights in accordance with GOL 5-1701 et seq, Petitioner v CNA Structured Settlements, Inc., Continental Assurance Company and Michael Bier Greene County ( Index 16-0722) dated December 12, 2016, Judge Fisher noted that the "best interest" standard under the New York Structured Settlement Protection Act requires a case-by case analysis to determine whether the proposed transfer of structured settlement payments, which were designed to preserve the injured person's financial security, will provide needed financial rescue without jeopardizing or irreparably impairing the financial security afforded to the payee and his or her dependents by the periodic payments. Judge Fisher emphatically said that court is mindful that the New York  legislature did not intend the process to be a mere rubber stamp.

Michael Bier is a 33 year old married man with a 10th grade education, earning $13,000/year, with 2 step children ages 16 and 18 (with seizure disorder) and two children with his wife aged 14 and 10.  There is some help with heating expenses and $300 monthly in food stamps. Bier's structured settlement was established in 1992, following the settlement of a medical malpractice lawsuit when Bier was a minor. A cast was placed too tightly on his arm resulting in a 6 inch shortening of the arm.

The structure was placed with Continental Assurance Company (then part of CNA), now known as Wilcac Life Insurance Company and due to pay Bier $2,265.00 per month for life with 20 years certain, with payments increasing at 4% starting June  16, 2004.  in addition there were guaranteed lump sum payments as follows:

Despite these numbers the judge noted that payments were lower than the contracted amount, which she surmised was due to  previous sales. She noted that no details of previous transfer orders were submitted to explain the difference. The most recent petition would have eaten up most all of what was left of the monthly income for $87,716.38 and while claiming in the petition there were insufficient funds coming into the household, Bier would have been left with $122.69 per month if the judge approved the transfer. Judge Fisher also observed that the discount rate of 14.99% that US Annuity Services LLC was charging, was almost double that charged for unsecured loans.

Forgery on a Structured Settlement Transfer Documents? So What Else Is New?

The court noted that while Judge Tailleur approved the 2015 transfer to another Maryland company, Uber Funding LLC,  the Notice to Quit, supporting the 2015 petition, was deficient on its face. Among other things it also '"contains two to three different styles of handwriting and clearly looks as though it was whited out and refilled in before being copied. ironically Paris & Chaikin was the law firm for Uber Funding on the 2015 petition to transfer. Yes, the same New York personal injury law firm whose former paralegal Thomas Rubino forged 234 transfer documents.  The Notice to Quit accompanying the 2016 petition had the same signatures and the same handwritten note as the 2015 petition. the judge observed that when you put the documents together they match exactly. The court concluded that Bier's 2016 petition included a fraudulent document, that Bier is forging documents and perpetrating a fraud on this Court with a bogus notice to Quit. The judge referred the matter to the Greene County District Attorney to investigate both Michael Bier and hIs wife Heather for Forgery in the 3rd degree; Forgery in the 2nd degree, Offering a false instrument for filing in the first degree; tampering with physical evidence, perjury in the first degree and potential welfare fraud.   Wow!  Talk about a bad day in court for Michael Bier and family. That's not all! Judge Fisher uses the cryptic " and anyone else" that comes up in the investigation.

Yet another case that illustrates the dangers for investors. The investors in the Wall case were screwed by a forgery. In this case it appears that the forgery was perpetrated by the seller.  But clearly the Judge Fisher has a better eye than the latest two crap discount rate peddlers from Maryland, on who investors might think it safe to rely. Uber made an estimated 200k profit on the interest rate spread in 2015. After dealing with the fallout from 234 forgeries by a former paralegal on their watch,  that have resulted in Paris & Chaikin being hit with multiple client lawsuits, one would have thought they'd heed the mantra "going through it with a fine toothed comb"

Portsmouth VA Judicial  "Slacker" Could Have Learned Something

it's too bad that Terrence Taylor had to deal with the ineffective now retired Portsmouth Judge Dean Sword as he was permitted to sell 11 times in less than 2 years.