The Department of Justice published its most recent list of Annuity Brokers on December 2, 2021. 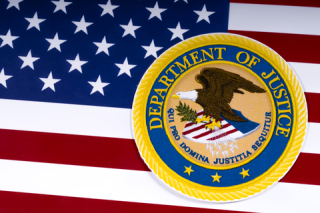 Accordingly, any broker being considered for selection should be required to verify at the time of selection that he or she meets the minimum qualifications set forth in 28 C.F.R. §50.24(a) and is otherwise competent to provide structured settlement brokerage services to the United States.

The 2021 Calendar-Year List, published December 2, 2021, also appears at www.justice.gov/civil/structured-settlement-brokers in PDF format and is available to the public.

The ongoing dispute over whether it is possible to factor payments made under an annuity contract owned by the United States has once again come up empty for the factoring company, this time in the Fifth Circuit Court of Appeals.

8 years after agreeing to a structured settlement purchased and owned by the United States to resolve her action under the Federal Tort Claims Act, Rose Garcia purported to grant a security interest in her structured settlement payments rights to WebBank for several loans in a total of $77,783.40. The loans were then assigned to Settlement Funding, LLC. doing business as Peachtree Settlement Funding, as seller/servicer of Peachtree Finance Company, LLC.

Settlement Funding sued the United States, Transamerica Occidental Life Insurance Company (TOLIC), a member of the AEGON family of companies and Garcia and made claims to try and force TOLIC make payments to it . United States filed a Declaratory judgement action as owner of the annuity from which Garcia received the payments,  The United States maintained as owner of the annuity that it has the exclusive right to direct the payments. Transamerica filed an interpleader claim and deposited payments into the Court registry.

Is there anything wrong with using a fake ID to buy alcohol or cigarettes? Your teenager or college freshman might say no...it's only a beer. What is the penalty for choosing to use a fake ID if you get caught and how could it affect your career and life prospects?

The minimum criteria for the United States Department of Justice list of Annuity Brokers is also a very serious thing. Each broker must declare that he or she meets certain minimum qualifications under penalty of perjury, including CFR 50.24(a)(6). The federal perjury statute carries a maximum of 5 year jail sentence. (see 28 U.S.C 1746)

On July 5, 2007, as part of its investigation into annuity broker practices which began in June 22 2006, Structured Settlements 4Real made a FOIA request for certain records from the United States Department of Justice. The material received eliminates any doubt about the interpretation of the USDOJ annuity broker eligibility rules particularly as to CFR 50.24(a)(6).  .

1. Leslie J. Marsh, of Great Falls, Montana, who is affiliated with Settlement Professionals, Inc. and a member of the Society of Settlement Planners, Inc., executed a declaration on March 13, 2007 in which he declared under penalty of perjury that he had substantial experience in each of the past 3 years providing structured settlement brokerage services to or on behalf of defendants or their counsel. On July 5, 2007 a letter was sent to Mr. Marsh by Roger D. Einerson, Assistant Director of the USDOJ Torts branch which suggested to Mr. Marsh that the statement in his "declaration appears to contradict statements from the Settlement Professionals Inc. website". The USDOJ letter goes on to say Marsh's membership in the Society of Settlement Planners "would appear to be in conflict" with his declaration.

The USDOJ reaches the same conclusion on Marsh I would...that "the statements on the website of Settlement Professionals, Inc. and the Society of Settlement Planners would appear to preclude any suggestion that members of either group provide any structured settlement brokerage services to or on behalf of defendants or their counsel or that they do any business for defendants".

The bottom line in the letter states clearly

" the USDOJ relied solely on the the declaration, including CFR 50.24(a)(6),for a broker's inclusion on the list"

" A broker who is retained only by plaintiffs or plaintiffs' attorneys to provide brokerage services and expertise to plaintiffs does not meet the criteria set forth in Section 50.24(a)(6). NOR is the criteria met just because the broker's services to or on behalf of plaintiffs help facilitate settlements.

Click on the following link for a copy of the USDOJ letter to Leslie J. Marsh from Roger Einerson. Surprisingly Marsh sent the USDOJ a letter with the SSP logo on it!

3. Following up my latest post on the May 20,2005 Marsha Kazarosian/John T. Bair interview fiasco it  seems appropriate to post some additional information concerning John T. Bair's February 28, 2005 declaration the USDOJ. Apparently the declaration originally sent to the USDOJ and received on March 9, 2005 did not contain an original signature. Subsequently the original declaration was sent in and posted by the USDOJ on March 21, 2005. So he actually had two moments to contemplate his actions with the USDOJ. Less than 2 months later John T. Bair was interviewed by "good friend" and President of MATA, Marsha Kazarosian and stated to her and her listeners he/Forge was "plaintiff exclusive".