The Structured Annuities Kill Zone: Lessons From The Great Dove Hunt of 2007

Some good natured ribbing is due my pals at Structured Annuities, Inc., which on its website apparently places greater importance on posting pictures of  a 2007 event it organized to kill birds like these than keeping their website up to date. One can hardly contain oneself observing that. the company even claims a 2003 copyright on all its web pages, including the one about its 2007 Dove Hunt!

This is not a diatribe against the right to bear arms (and Lord knows these critters have roughed up my geraniums every Spring), but rather a  valid question of the level of priority that Structured Annuties, Inc. places on attention to detail in an industry where attention to detail is essential.

Structured Annuities, Inc. still uses an outdated 11 year old comparison copied from a Hartford Life marketing piece comparing structured settlements to Certificates of Deposit (CDs) which now incorrectly states that the FDIC limit is $100,000. Hartford Life no longer writes structured settlements and the outdated comparison has not been authorized sales material for some time.. Be that as it may, as part of the solution to the financial crisis FDIC limits were temporarily increased to $250,000 in 2008. The increase was subsequently extended to December 31, 2013.  It will revert to $100,000 on January 1, 2014 absent any changes in the interim.  Click for FDIC fact sheet 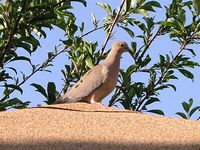 Prospect for execution by Structured Annuities Inc."firing squad"? No blindfold?

With respect to the advantages of structured settlement to the claimant, Structured Annuities, Inc. simply demonstrates to the reader ignorance of the law by saying::

Of course this is copyrighted to 2003!

1.  The H.R. notation is simply a number assigned to a new piece of legislation when it is introduced. Being introduced does not mean it has become law. Click for details of how a bill becomes law and/or watch the video be low   "How a Bill Becomes Law"

H.R. 5470 - To amend the Communications Act of 1934 to require the carriage of all local television signals by satellite carriers in all local markets.(introduced February 14, 2008)

H.R. 5740 - To provide for the opposition of the United States to the provision of any
resources or assistance by the International Monetary Fund to the Palestinian
Authority until the Secretary of State certifies that Israel and
the Palestinian Authority have signed an agreement on borders and
security arrangements for Israel and a Palestinian state. (106th Congress, 2d Session)

H.R. 5470 Periodic Payment Settlement Taxes Act of 1982  "To amend the Internal Revenue Code of 1954 with respect to the tax treatment of periodic payments for damages received on account of personal injury of sickness" (97th Congress, 2d Session).  Note that the Congressional record refers to a conference requested by the Senate. Eventually became Public Law 97-973 effective January 14, 1983.

3. Neither the 97th Congress version of H.R. 5470, nor IRC 104(a)(2) specify that "annuity income payments from a personal injury settlement are totally tax free".The exclusion under the tax law refers to the tax treatment of the damages not the annuity payments. Structured settlements may be funded with structured annuities OR United States treasury obligations.

How a Bill Becomes Law Video

Structured Annuities, Inc. states: "Under the current Internal Revenue Code Section 104(a)(2), it does not matter for purposes of exclusion whether the payments compensate the person for past and/or future lost income, medical needs, or pain and suffering. No payments received for these elements of damages need be claimed as income. This is currently true for personal injury tort cases involving personal physical injury or physical sickness.

On the other hand the IRC 104(a) states explicitly:

Except in the case of amounts attributable to (and not in excess of) deductions allowed under section 213 (relating to medical, etc., expenses) for any prior taxable year, gross income does not include—

SAI states that another advantage of structured settlements is "Protection from unscrupulous outsiders because annuities cannot be pledged, assigned, encumbered or transferred to other parties".

The rights to structured settlements funded with annuities can in fact be transferred. To wit, what does Texas based Settlement Capital do? How about J.G. Wentworth? They've been doing that since before 2003, when Structured Annuities, Inc. dates its copyright and they're still doing it today. Of course the structured settlement protection acts in most states require Court approval prior to a transfer.  See Texas Civil Practice and Remedies Code Chapter 141 a/k/a the Texas Structured Settlement Protection Act,  effective September 1, 2001

One of the popcorn popping moments of apparent fantasy on the Structured Annuities, Inc. website is the web page where the link from its home pages is entitled "Representative Verdicts and Settlements". Is Structured Annuities, Inc. representing  that THEY actually obtained these verdicts and settlements for plaintiffs, without assistance from their "Dove hunting companions" (e.g. attorneys)? Or,  did they simply write a structured annuity as part of the settlement? If they actually wrote a $100MM annuity in an auto accident then take a bow!  But if they're simply "doing a Johnny Bair", where the level of braggadocio means talking about "exposures" that have no relation to the size of annuity placed, I'm afraid it's rotten tomato time! One can only speculate because SAI offers no commentary, but one thing appears to be for sure is that nobody at SAI is a lawyer.

All is obviously not "lovey dovey" at Structured Annuities, Inc. Frankly it it were me  I'd be seeking to update my website ASAP, and thereafter on a more regular basis.

The assumption from first impression is that some web surfers seeking "structured settlement" can draw is "if you want to kill cute little birds and drink beers with dudes from Fort Worth who don't care about attention to detail, call Structured Annuities, Inc. On the other hand if you want attention to detail and not into killing cute little birds then move on. It's simply Kill Zone vs Calzone! 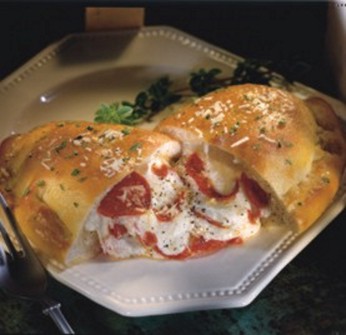 Sometime after this post was originally published, the SAI website was redone without the items mentioned in this post. Sometime after that, in March 2011,  Don Weeks and I had dinner in Fort Worth  to discuss several cases we were working on together.  We had a great experience working together professionally. We spent some time speaking at dinner about dove hunting and shooting.  He was gracious to wait until dessert before bringing up this ribbing!

The New Year wouldn't be the same without giving my "friends" at Forge Consulting a little toot.

Forge was commended by us in September for being the only settlement firm oiher than this author's to state the full legal name of the insurance company and the city and state of its home office on its website in compliance with § 2122(b) of the New York insurance law. Well that is until a peek at the Forge Consulting website today appeared to support that such praise be shortlived.

Here's  a slice of what appeared on Forge website at the time of this posting:

"FORGE Consulting is proud to be directly appointed with the following life insurance companies, which are described as Structured Settlement Provider Company members by the NSSTA (http://www.nssta.com/Resource.phx/public/member-links.htx).

FORGE Consulting provides access to these highly rated life insurance companies. These valuable relationships are an integral part of our ability to provide the best possible settlement in the industry...

Comments
This author understands that Forge Consulting (and several others) no longer writes new structured settlement annuity business directly with ANY of the companies listed above. Here's what we know:

When will Forge Consulting make the necessary changes to its website to comply with New York insurance law as it applies to advertising by agents and brokers?

Reuters reports that Canadian Finance Minister Jim Flaherty unveiled details of an assistance facility for the country's life insurers aimed at ensuring the firms have access to the funds they need if credit markets seize up.

The Canadian Life Insurers Assurance Facility is similar to one already available to the Canadian banks and is designed as a backstop to global credit markets, to put Canadian insurers on an equal footing with foreign competitors who are benefiting from guarantee programs provided by their governments (e.g. TARP for US insurers)

Reuters, citing the Canada budget website said that "while Canadian insurers have seen their profits suffer or vanish amid a drop in business and huge investment losses, their balance sheets are relatively solid and the credit facility may never be needed".

The life insurance sector, both in Canada and abroad, has been hurt by weaker financial markets that caused investment losses and higher costs for minimum guarantee variable annuity products that are affected when market values fall.

Under the assistance facility, companies seeking to issue insured debt will be required to enter an agreement with the Canadian government. Ottawa will then offer a guarantee of timely payment for interest and principal payments for the wholesale debt instruments that qualify, and the insurer will pay a market-based fee on the amount of insured debt issued.