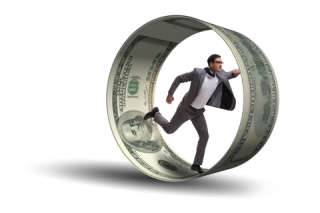 Andrew Hoffman, being deposed in 2016 as a defendant by Client First Settlement Funding's lawyer stated some notable things under oath about "establishing residency"

"Q. You indicated that there were instances of clients being brought to Florida for deals

A.  Andrew Hoffman "Not Florida Just places in general

Q. Let's start with Johnny Sue Anderson. Who Is She?

A. Andrew Hoffman "She was a prospective client of Al Mogavero. Fortunately she got denied in New York  one or two times if I remember right. So Allen told us that he was upset that he had to because he wasn't too fond of flying, so he told us that, you know he was instructed to fly to New York, drive her to Virginia for about three-day spell to establish residency in the State of Virginia in an apartment complex So as the three day ended they had her sign in Virginia as well. Then he drove the whole family back to New York. He flew from New York back over to her--she needed some type of--she got mail or something showing her proof of residency so Allen flew to Virginia got it of her mailbox, flew back to Florida, she was never there at any time, if I remember, and then they got the deal done in Virginia. Unfortunately she ended up passing away during the funding process of the deal, but that's what happened in that particular one"

Q. You never sent an email to anyone requesting that the deal proceed so that it can make a specific date?

Q. Did you know this woman was being moved to Virginia for a period of three days in order to effect a deal in Virginia

A.  Andrew Hoffman Allen made it clear that he was only there for that amount of time, yes.

A. He said that Dan Silverman offered him  and Ipad at the time of the transaction but he's yet to receive it....Then he srted getting a little angry and says that you know, I know what you guys did and I have no problem contacting my attorney about it So I said well, what do you mean by this? And he said Dan Silverman tried to get the deal done in MIchigan but it didn't happen so he flew me and my family down to Florida for again about a three day stay, and he put them up in a hotel. I don't even think it was an apartment, I believe it was a hotel, and that's what they used to establish residency with. And Justin (Cain) said to this day he has never set  foot back in Florida besides those three days to , quote unquote establish residency"

If you state you live in a place that you don't on a structured settlement transfer document it's fraud plain and simple.  If you are asked to do so by any company seeking to buy your payments, please contact your state's attorney general and file a complaint and expose the company and individuals who asked you to participate in the act of fraud.  Feel free to contact me and tell me your story.  Be sure to get as much as possible in writing, take contemporaneous notes and pictures including any airline tickets, boarding passes,  menus, receipts, license plates of any vehicles you are transported in across state lines.

"This is a story of Mogavero and Johnny Sue

Periodic payments with nothing better to do

Sit around NY courts,  be fried  from gettin' denied

Here's what happened when they decided to take a drive

Speeding down that I-95

They headed to ooh, do it in Portsmouth

Only there for 3 ah whole days worth.