Firm Accused of Pushing Clients Into Fee Based Accounts Over Commission

Is an asset under management (AUM) fee structure for structured settlements better for plaintiffs in personal injury lawsuits as some proponents advocate?   Maybe, but maybe not, as a recently filed class acton lawsuit against Edward Jones indicates. 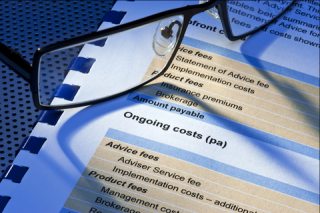 A group of investors, described as "unsophisticated investors"  in a class action lawsuit against Edward D.Jones & Co. LP, two of its subsidiaries and several senior executives,  has alleged that they were charged unnecessary fees that amounted to a violation of the firm's fiduciary duty.

Material to the discussion is that the Edward Jones case turns on allegations of a reverse churn revenue operation from March 2013 to March 2018,  in which advisors moved largely dormant assets into the fee-based side of the practice, when the commission model would have better served the clients.

In a 2017 SEC filing Edward Jones explained the move away from commission based retirement investments following the Department of Labor's fiduciary rule.

It is interesting that In some of his unabashed advocacy for a fee based structured settlement compensation model, Sequence Media's Mark Wahlstrom makes a similar statement as Edward D.Jones under the section of the Edward Jones brochure entitled “Comparing Costs and Expenses,”  namely:

The class action lawsuit complaint against Edward Jones alleges, at 84,