In the opinion of this author, Structured Asset Funding is one of the worst false advertisers of companies that purchase structured settlement payment rights from accident victims.  The company ought to be slammed by the Federal Trade Commission along with other false advertisers in the industry.

In the past I have highlighted how the company has advertised and continues to false advertise "fast cash now" despite a number of complaints to the Better Business Bureau that suggest otherwise by a long shot.

As previously covered the company's moral compass is skewed to include the solicitation of accident victims to sell their structured settlement payments to buy luxury cars and boats (i.e. depreciating assets)

The company also operates under the marketing name of 123 Lump Sum. In several commercials posted on Youtube.com the company makes the following dubious claim: 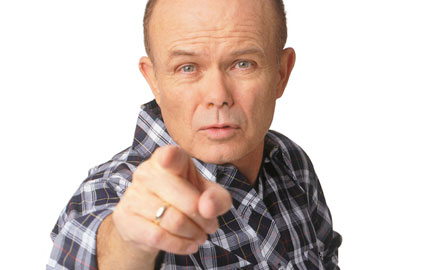 In the immortal but paraphrased words of Red Forman (above), 123 Lump Sum has "hung vacancy signs on their asses and the FTC should be looking for a room".

An open letter to Jon Liebowitz, The Chairman of the Federal Trade Commission in Washington DC

Please view this advertisement from 123 Lump Sum, the Florida company which solicits people nationally under the "cash now " scheme.


The company claims to be :

We believe the claims of 123 Lump Sum to be grossly false and intentionally misleading considering:

Structured Asset Funding/ 123 Lump Sum is not alone in making questionable advertising claims, but  in this regard, they display among the worst business practices in the industry, in this author's personal opinion.

As a consumer you can do something about it. You can write to us with your story by contacting this author by phone or email. We will publish your story so that others like you can learn from it.

You can also file a complaint with your state's Department of Consumer Affairs. If you do not know how to find them contact us and we will help you find them.

You can also file a complaint with the Federal Trade Commission ("FTC"). It is worth doing so because, based on the georgraphic diversity of calls received and belief the company is doing business across state borders. The FTC will not address your individual complaint but will accumulate complaints and then take action if the problem is deemed serious enough. You've heard of the 1,000,000 man man march or the 1,000,000 women march; this is the "fed up with false advertising consumers march"

The Sell Structured Settlements Blog posts a story dated June 25, 2009 entlitled " Hunkering Down With The Choice To Sell Annuity Payments Part I" which purports to be a true story written by an individual. Pardon my skepticism but one has to wonder how many souls in desperate need of cash would write a two part shaggy dog story instead of first searching in the Internet (or calling sultry siren Deborah Benaim at Imperial who issued a press release in anticipation of bacchanalia in South Beach during the height of the recent financial crisis).

The dead giveaway is the "in text link" to cash now pusher Colonial Settlement Partners.

A topic of one of last week's posts was FTC Is Set To Tighten Rules On Paid Testimonials on The Internet. Enough said.

The US Government is considering a new requirement that those who write about products or services on the Internet must inform readers if they received compensation. It seems fair to me.

Apparently companies pay a staggering $1.6B annually to generate the buzz from paid reviewers.

The structured settlement industry has at times suffered an intermittent raft of what this author calls "pay per post crap". You get unlicensed writers with no bona fides from remote villages in the Philippines or India claiming to "have a friend who has a structured settlement" who "just happened to call" them for advice on what to do. The writers of course happen to know one of the cash now pushers and their posts conatin in-text links to them. Other submissions have content so poorly written it's a joke.

Forge Consulting developed an ad campaign centered around former Senator and Presidential candidate John Edwards' purported testimonial (in addition to other testimonials). From about October 2005 to July 2007 Forge Consulting posted a testimonial purportedly from John Edwards on its website. It also used the same "testimonial" in letters to lawyers soliciting structured settlement annuity business. The evidence available from public information suggests that it was mathematically impossible for John Edwards to have utilized the structured settlement services of Forge Consulting as implied in the testimonial and the way it was used by Forge to gain a competitive advantage over other licensed insurance agents in soliciting trial lawyers.  According to publicly available information John Bair, the President of Forge, was a known bundler for Edwards. Unfortunately, this was neither disclosed by Forge with the "testimonial" posted on the website nor in the solicitation letter.

The FTC will vote on the new marketing rules this summer, according to an article in the June 21, 2009 Parade magazine.

Prosperity Partners is using its blog network to attack what we have been attacking all along, the false claims of cash now made by certain factoring companies.

"There’s a great push going on these days to expose structured settlement (factoring) companies that aren’t being completely honest with their clients. They claim their clients can get their cash in no time at all. At least that’s the way they make it sound. But, the clients are turning the pages on these companies.

They’re complaints have brought to light these false claims which will help protect other structured settlement holders from falling into their trap. The truth is, because the sale of a structured settlement needs court approval, there’s really nothing quick about it."  PPICash  Maryland blog 4/11/2009

"Unfortunately, the structured settlement (factoring) industry isn’t immune from shady companies. Some of these companies proclaim “Get your money in no time at all” when this just isn’t true, unless of course you believe 90 days or more falls under the umbrella of “in no time at all.”

That’s how long it take to get your money when you sell your structured settlement; at least on average. Actually, that’s just a guesstimate. This 90 day period is only if nothing pops up to slow the process down even further. As much as getting your money in no time at all sounds, it’s just not the truth".  PPI Cash Georgia blog  4/11/2009

Memo to the Federal Trade Commission and State Attorneys General for Maryland and Georgia, start an investigation into these practices and do what it is that you do. There is a growing body of evidence to support your involvement!

Time to "tear the roof off this sucka"!

FTC to Clamp Down on Dubious Product Statements on Social Media

Advertisers will soon face regulatory changes that some fear will curtail their efforts to tap into the fast-growing online social media phenomenon according to an article in the Financial Times on April 3, 2009

Revised guidelines on endorsements and testimonials by the Federal Trade Commission, now under review and expected to be adopted, would hold companies liable for untruthful statements made by bloggers and users of social networking sites who receive samples of their products.

The guidelines would also hold bloggers liable for misleading statements they make about the products.

If a blogger received a free sample of skin lotion and then incorrectly claimed the product cured eczema, the FTC could sue the company for making false or unsubstantiated statements. The blogger could be sued for making false representations.

This author has written numerous posts from unlicensed and unqualified pay per posters who promote cash now pushers that are little more than digital diarrhea. Read some examples from Pay Per Post Crap. It would be interesting to see if the factoring company hiring the source of the digital effluent could have liability exposure under the proposed regulations.

Now the folks who hatched the same "123 Lump Dumb" scheme are pushing a new scheme "FAST Cash Now". We have already established that cash now is a fraudulent advertising scheme perpetuated by a number of factoring companies and we have "video testimony" of the General Counsel of the National Association of Settlement Purchasers as well as a writing from an officer of that organization to support this.

To a reasonable person and most dictionaries, "NOW" means "immediately" or "at once". So does FAST Cash Now mean faster than immediately or faster than at once (a physical impossibility)? C'mon!  The question that the Federal Trade Commission should be asking is does Structured Asset Funding deliver what they advertise)? If I was a competitor of Structured Asset Funding (which I am not) I might ask the same thing.

I don't think there's any question that a consumer could be in a situation where they need cash NOW. When the consumer needs cash NOW, or perceives that he or she needs cash NOW don't they need it at once, today or yesterday? Otherwise why wouldn't they think I need cash tomorrow or I need cash in 90 days?  Cash NOW implies immediately or "at once" as is in the dictionary definition.

Looking at some examples of the use of NOW...

When your mother said to spit the gum out NOW, did she mean in 60 days?  When your mother said stop hitting your sibling NOW, did she mean you could continue whaling on him for a few more minutes? When the teacher said to hand in your test NOW, did she mean you could take it home and  let the dog eat it?  When on the way home from the party at 1am you get pulled over and  the policeman barks "step out of the car NOW and put your hands on the hood" (after you've been speeding at 80mph and weaving all over the road) does that mean when let's wait until the sun rises?

The cash now pusher's defense of the practice tends to be a weak  "depends on on what you mean by cash now". Most concede that even though they say "cash now" they cannot deliver "cash now" as the advertising would lead any person reading or watching the advertising to expect.  After they get 'em in the door with the false cash NOW claim some say they make the disclosure that it isn't actually delivered NOW. Where's the "fine print" in the advertisement?

If cash now pushers cannot do the right thing up front then there needs to be an "intervention". Shouldn't Cash NOW pushers  be put through their own form of rehab by enforcement action from the Federal Trade Commission.

It is high time for this issue to be escalated to the Federal Trade Commission so the FTC can determine if the advertising is misleading. We're talking about the majority of an industry that practices this abuse. I for one would like a front row seat to see what the FTC thinks about Peachtree Settlement Funding's outrageous claim that they can give you "ALL your money now"(in exchange for your structured settlement payment rights).