As part of a continued examination of the secondary and tertiary market for structured settlements and now other types of cash flows occasionally masqueraded using terms associated with annuities, there are some more dots we can now connect.

Trenton Douglass, a former employee of SMA Hub sent emails to an investor in 2019 referring to a purported investment in NBA player Paul Millsap's agent Brendan DeAngelo Simmon's purported agent's fee as a "premium" and as a "low risk NBA deal".  But it wasn't a premium, wasn't an annuity and was not an NBA deal.

When asked to explain "low risk" by the investor, Douglass replied:

"We have this deal extremely buttoned up with the Confessed Judgements and UCC-1s put into place on all associated parties. But as with all deals, nothing is 100%. We have made this deal as close to being 100% secured as we can possibly make it. I can send you over some documents on the deal, than (sic) I can have Jonathan Walker give you a call tomorrow to talk it over if you would like".

According to Trent Douglass' LinkedIn profile when retrieved January 12, 2022, in his 2 years and 2 months at SMA Hub, his role included (among other things)

What is a premium?

According to a December 2021 affidavit signed by Paul Millsap, notarized by Linda B. Rosner, a Georgia notary public, which Millsap's attorneys submitted in a court proceeding to contest a confessed judgment in Maryland obtained by a New York investor in October 2021 and re-opened January 12, 2022:

If there are any potential investors in factored athlete contracts pay attention to the words "are not legally responsible". Consider that the purported NBA/Simmons/Millsap deal was originated in March 2019, only two months after another deal involving Michael Vick originated by Atlantic Solutions and distributed through SMA Hub, began to spiral out of control in January 2019.

If one were to give a reasonable assessment of the situation, from Millsap's affidavit one could say that the SMA Hub was indeed "missing a few buttons"

Nikia Foster-Vassell is a Georgia notary who was hired and paid by Reliance Funding, LLC, a Bethesda firm which is the successor-in-interest to disgraced structured settlement factoring company Access Funding [Note the Reliance Funding LLC Better Business Bureau listing cites Access Funding, LLC as an alternative name at time of this posting]. Nikia Foster-Vasell witnessed Brendan DeAngelo Simmons sign Paul Millsap's name, without his denoting Power of Attorney.  How would any potential investor know that it was not Paul Millsap signing based on the way it was represented by SMA Hub and its advisor network? SMA Hub represented on its still operating website "Only after we have painstakingly scrutinized and thoroughly reviewed each payment stream is it made available to your client to fund and close. SMA Hub’s closing book details every aspect of our procedures and your client’s transaction".  Hmm!

Nikia Foster-Vassell claimed in her November 5, 2021, answer to the New York investor Complaint, that " Reliance Funding LLC out of Bethesda MD, is the company that contracted Vassell on 15th of March 2019 to conduct the Simmons signing, Prior to signing, Simmons noted and provided a POA (power of attorney) advising that he has designatory rights to sign on behalf of Paul Milsap(sic) because he was his legal agent and uncle".  As a notary, Vassell said, she "couldn't attest to the validity of the document, only verify the dates/names are valid along with the identification. Upon advising Simmons to provide the doc to the Signing Company, Reliance Funding LLC, he noted that they were aware, but would contact. Simmons produced two ID's which were sent to Reliance along with docs that Vassell notarized, and Simmons signed".

Where was the Power of Attorney in the Closing Book?

To bring new readers up to speed, 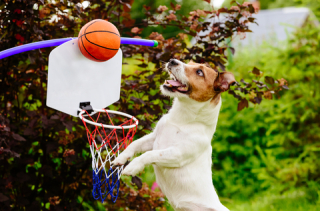 purported to be Paul Millsap's guarantee on a loan to Simmons originated by Atlantic Solutions, LLC. Simmons is the uncle and agent of the Brooklyn Nets hoopster, who was playing for the Denver Nuggets in 2019. Atlantic Solutions, sought out NV Partners LLC d/b/a SMA Hub to find investors. SMA Hub  positioned the NBA as an insurer in its sales purchase documents, even though the NBA is not an insurance carrier.  At the time the 2019 deal went down, SMA Hub was already reeling from a similar deal involving Former NFL star Michael Vick, also originated by Atlantic Solutions, having obtained a confessed judgment.

The loan was not paid to all investors when due on September 15, 2021 and is the subject of New York litigation brought by investors against multiple parties. Closing documents in the loan show signatures of Lee Jundanian and Raffi Boghosian. As noted in prior posts Jundanian and Boghosian were associated with Access Funding, a despicable entity that targeted and exploited Baltimore's black community which were referred to as  "lead paint virgins". Read the 2016 CFPB Complaint

Update: Boghosian was among a trio convicted of a Theft Scheme involving Lead Paint Victims receiving Structured Settlement in November 2022

In her answer to a Complaint filed in a New York lawsuit against her,  Nikia Foster-Vassell  stated that " Reliance Funding LLC out of Bethesda MD, is the company that contracted Vassell on 15th of March 2019 to conduct the Simmons signing, Prior to signing, Simmons noted and provided a POA (power of attorney) advising that he has designatory rights to sign on behalf of Paul Milsap(sic) because he was his legal agent and uncle".  As a notary, Vassell said,  she "couldn't attest to the validity of the document, only verify the dates/names are valid  along with the identification. Upon advising Simmons to provide the doc to the Signing Company, Reliance Funding LLC, he noted that they were aware, but would contact. Simmons produced two ID's which were sent to Reliance along with docs that Vassell notarized and Simmons signed".

As you can see by reviewing Vassell's answer, Snapdocs billed Reliance Funding (not Atlantic Solutions) for $90 for what was noted as " Structured Settlement Purchase and Assignment Agreement". The expense was marked as approved by Zak Thompson. In 2018, Zak Thompson was the Reliance Funding shmuck who earned himself incredibly bad press in the Washington Post and a mugshot, after he used his employer's skip trace service to dig up and disseminate personal information for a Montgomery County cop who Thompson's friend proceeded to harass over a $50 traffic ticket. You cant make this stuff up.  See  MD Factoring Company Employee Gave Skip Trace Info On Cop to "Bro" Who Then Harassed Cop Over $50 Ticket"

Never a structured settlement. never an annuity, NBA not an insurer, Questions raised over "guarantee by Millsap" used to induce investors

Of course the Simmons/Millsap deal was never a structured settlement, never an annuity as that term is defined under the insurance laws of New York, Maryland and other states where investors were targeted by SMA Hub, the NBA was not an insurer and there have been questions raised over whether or not Millsap actually guaranteed as was advertised.

More than $1.5 million is owed and is almost two months late with daily penalties in the thousands of dollars. according to the New York complaint and a confessed judgment against Simmons and Millsap in Maryland.

Rohit Chopra, while you still have an open file on Reliance and its principals, you might want to nose around some more.