Is an Annuity an Insurance Contract?

Is An Annuity an Insurance Contract? 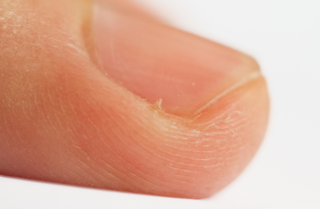 The distinction between an annuity and an insurance contract is the gravamen of an argument and some interesting lawyering that is going on in the Executive LIfe Insurance Company of New York (ELNY) related class action against EPS Settlements Group in Florida.

ELNY victims argued that the Florida statutes against unauthorized insurers applies to annuities and EPS Settlements argues the statutory "hangnail" does not apply.

So what is an annuity?  The floor is open, but here is what some authorities say:

"An annuity is a contract between you and an insurance company that is designed to meet retirement and other long-range goals, under which you make a lump-sum payment or series of payments. In return, the insurer agrees to make periodic payments to you beginning immediately or at some future date"  US Securities and Exchange Commission

'ANNUITY CONTRACT. Annuitant a. Person insured under the Contract   Kansas Department of insurance

"An annuity is an insurance contract'  USAA Insurance

Annuity.com says  "An annuity is a contract issued by a life insurance company that provides for tax deferral of investment income until withdrawn from the contract. An annuity can also be referred to as a contract or agreement by which one receives fixed payments on an investment for a lifetime or for a specified number of years'.

Wikipedia  "In the USA, annuities are contractually-executed, relatively low-risk investment products; the insured (usually, an individual) pays a life insurance company a lump-sum premium at the start of the contract.

'A life annuity is a financial contract in the form of an insurance product according to which a seller (issuer) — typically a financial institution such as a life insurance company — makes a series of future payments to a buyer (annuitant) in exchange for the immediate payment of a lump sum (single-payment annuity) or a series of regular payments (regular-payment annuity), prior to the onset of the annuity".- Wikipedia

The 2014 Florida Statute 627.4554(3)(b), which is a subsection of Chapter 627 entitled Insurance Rates and Contracts, says “Annuity” means an insurance product under state law which is individually solicited, whether classified as an individual or group annuity. [Note: I did not have  a copy of the 1986 Florida statute to refer to the definition at the time the annuities of the lead plaintiffs in the EPS class action were placed]

Are annuities separate and distinct from an insurance contract under Florida law?

This intellectual exercise continues in the next episode.