With the announcement by Prudential that it has suspended new business via its Pruco non qualified assignment facility, the non qualified structured settlement market now includes:

Barco Assignments, Ltd., which funds assigned obligations through Liberty Life Assurance Company of Boston. With "The Rock" now having "left the room" perhaps some will remember that Barco was the first comprehensive non qualified assignment company.

It is worth the reminder that litigation annuities from companies other than the above may possibly be used in such cases where the paying entity is willing to retain the annuities as an asset on the entity balance sheet. A requirement that the annuity be part of the resolution of of litigation is generally a prerequisite in such cases.

A deal reached in the New York State legislature will hike state income taxes by an astounding 31% for all New Yorkers making more than $500,000 a year reports Sunday's New York Post

Tax increases increase the intrinsic value of non qualified structured settlements as a tool for resolution of employment cases (e.g. wrongful termination, sexual harassment, qui tam), divorce, structured attorney fees and other settlements which where a non qualified assignment may be used.

New York based celebrities, athletes, actors and actresses may have more incentive to structure their endorsement fees.

Other factors which should stimulate use of non qualified assignments are:

Like a traditional structured settlement, a structured settlement used to resolve an employment liability involves a promise to pay future payments over time by the employer, or its insurer. Such an obligation is then assigned by way of a non qualified assignment to an assignee who takes on the obligation and the funding amount and purchases an annuity of funding agreement to fund its obligation.

If the case involves elements of back pay or front pay, there is an obligation to pay withholding for both the employer and the employee portions. This might include federal state or local taxes, in addition to social security. The amounts to be withheld may vary depending on the number of exemptions taken and the general availability of tax rates. These may of course have a further potential to vary from time to time after inception. Neither the assignees nor the annuity issuers currently sponsoring such employment structured settlement annuities want to take on that administrative role. Employers fear that the burden cannot be shifted and want to avoid the cost of participating in hearings or other tribunals if things don't work out as the plaintiff intends. Not to mention the fact that penalties for failing to withhold are severe.

There seems to be an opening for an innovative company to come up with a withholding solution. That would indeed grow the structured settlement industry.

Even with a large number of cases concluded, there was always the feeling that a larger number of claimants and their attorneys would feel comfort is there was a definitive IRS ruling.

Integrated Financial Settlements, the holding company for a number of NSSTA member companies, today announced such a favorable Private Letter Ruling, or PLR, which while based on an employment claim, opens the door to using periodic payments to resolve a multitude of taxable claims, such as non-physical injuries, fraud, slander, wrongful imprisonment and other types of claims not excluded from income under the Internal Revenue Code.

According to press release, the PLR was requested on behalf of a client with an employment claim stemming from a hostile work environment. Had the claim been paid out in a lump sum,  as is so often the case, most of the settlement would have been lost to taxes; instead, a series of periodic payments, via a non qualified assignment, will provide the claimant with a secure, tax-deferred income stream, specifically tailored to the claimant’s future needs.

IFS is to be commended for seeking the ruling. Others in the structured settlement and settlement planning industry are encouraged to invest in the business and to seek such rulings which benefit all parties and the industry. If you have a unique situation and the tab seems too much to bear, don't wish to invest your own money consider partnering up with other firms in the common interest.

Wroongful Termination Settlements| Gearing Up For "The Perfect Storm", Or Waves In The Kiddie Pool?

The sequel to the "HIPAA Release scare" is Settlement Professionals latest "blog scare" entry on January 11, 2008 warns of a "perfect storm" of tax hell for victims of wrongful termination

Here's what THEY SAY:

"The Supreme Court decision in the Banks & Banaitis v. Commissioner cases held that “as a general rule, when a litigant’s recovery constitutes income, the litigant’s income includes the portion of the recovery paid to the attorney as a contingent fee.”

What this means to you as a plaintiff receiving a  taxable damage settlement is that you must report the gross amount of the settlement as income, and then deduct the attorney’s fee “below the line.”

This often subjects you to the 2% floor on itemized deductions, and will likely phase-out your allowable deductions and can even trigger the Alternative Minimum Tax (AMT): a “perfect storm” of a tax nightmare."  (Meligan's characteristic yellow hi-lite left in for emphasis)

On October 22, 2004, President George W. Bush signed into law a sweeping piece of legislation entitled the American Jobs Creation Act of 2004 (the “Act”), that was intended to make it easier and less expensive to settle employment discrimination suits.

Section 703 of the Act modified section 62 of the Internal Revenue Code to provide an “above-the-line” deduction for attorney fees and court costs paid by or on behalf of a taxpayer “in connection with any action involving a claim of unlawful discrimination.”  In other words, after the effective date attorney fees in discrimination suits were no longer included in a plaintiff’s gross income.  While settlement amounts must still must be reported as income, as a result of the Act plaintiffs receive an offsetting dollar for dollar federal tax deduction for any attorneys’ fees or court costs paid in resolving discrimination suits.  The deduction only applies to such fees and costs for any settlement or judgment occurring after October 22, 2004 and cannot exceed the taxpayer’s gross income for that taxable year.

Prior to October 22, 2004, a successful plaintiff in a discrimination case could not subtract the cost of attorneys’ fees and court costs from his or her gross income, but instead had to deduct such costs as a miscellaneous “below-the-line” itemized deduction.  Itemized deductions are subtracted after gross income is adjusted and are subject to an alternative minimum tax or a two-percent floor.   Consequently, prior to the Act, this tax treatment was often an obstacle to settlement negotiations, causing plaintiffs to seek higher settlement amounts to offset income tax consequences.  From the employer’s perspective, the Act simplified settlement negotiations and made settlements less costly because the parties no longer have to consider the plaintiff’s tax consequences for attorneys’ fees and court costs paid as part of the judgment or settlement.

The deduction granted under the Act can be used for claims that are brought under:

Wikipedia has a nice write up on the Commissioner v Banks and Baniatis, the case which Settlement Professionals, Inc. (SPI) Professionals, Inc. cites in its latest "blog scare". Quoting from Wikipedia "Employment cases are an exception to this Supreme Court ruling because of the Civil Rights Tax relief and the American Jobs Creation Act of 2004.

With respect to the so-called "perfect storm", is it Settlement Professionals that is "lost at sea"? 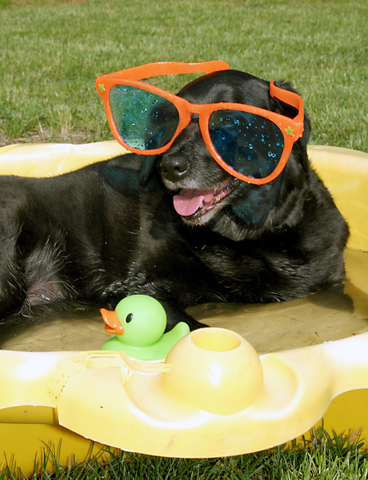