The 1980 Model Periodic Payment of Judgments Act required the state insurance commissioner to keep a list of qualified insurers. "These are insurers that meet standards of reliability and financial quality as expressed in common industry rating systems". A qualified funding plan cannot be effected without reliance upon a qualified insurer in some fashion either to provide the plan or guarantee the obligation. The list maintained by the insurance commissioner assures that there will be a reliable pool of qualified insurers from which plans can be obtained to fund periodic payment judgments.

This was 3 years prior to what was at the time the biggest bankruptcy ever. Just 4 years later America would have seen the collapse of 2 out of the 3  top sellers of single premium deferred annuities and the third fined the largest fine ever by the New York State insurance department. 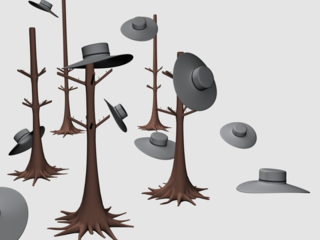 Regardless of what happened later, we now have 1980 as a clear benchmark where proponents of the theory could argue that A.M. Best "standard" is established because the Model Act  (which is   MODEL act) ties reliability and financial quality to the rating agencies and this is something that I'm sure some agents felt that they could hang their hat on. (and still do feel they can hang their hat on)  The Uniform Periodic Payment of Judgments Act was amended in 1990, well after ELNY's and FIrst Executive's problems were publicized by Joseph M. Belth and others. My industry colleague Patrick Hindert is listed as a contributor to that amended Act in its text. It would be useful if Patrick Hindert could provide some historical perpective given that involvement.

We also have a clear benchmark as to New York,  that the answer to the question  "what is a qualified insurer?" was and still is the reponsibility was the Superintendent of Insurance  (now Department of Financial Services).  To wit, New York CPLR 5039 and CPLR 5049 state "The superintendent of insurance shall establish rules and procedures for determining which insurers, self-insurers, plans or arrangements are financially qualified to provide the security required under this article and to be designated as qualified insurers.

On July 1, 1985 Article 50-A of the New York Civil Practice Law Rules became effective. Article 50-A sets forth the requirements for periodic payment of judgments in medical, dental and podiatric malpractice cases  ( it was amended in 2003).

On August 1, 1986 Article 50-B of the New York CPLR became effective.  Article 50-B deals with other types of liability cases such as personal injury, property damage and wrongful death.

Shortly after the enactment of N.Y. C.P.L.R. § 5049, the Superintendent of Insurance, in a letter to the Chief Administrative Judge, designated as "qualified insurers" all insurers authorized to issue annuities in New York. The term "authorized insurer" is defined in N.Y. Ins. Law § 107(a)(10) (McKinney Supp. 2003) as:

While we now have a prop to a possible explanation behind one or more of the structured settlement broker, property and casualty insurer, plaintiff attorney, judge AND plaintiff reliance on the rating agencies, it does not explain away why in spite of an unquivocal recognition of the long term critical needs all eggs went into a single company.

In my opinion here is where more of the burden perhaps shifts to plaintiffs, their attorneys and judges all of wom have the right and power to say no to ANY offer, particularly on minors or wrongful death cases.

Even if you were relying on the A.M. Best rating, being ignorant of, or having knowledge and being willing to ignore the on ongoing frothy business environment for annuity issuers and material actions of  that was in local papers, on mainstream prime times for  "all your eggs in one basket" and a bigger payout, if that's what happened, is not the defendants' fault.

But my research has uncovered a reason that the Merrill Lynch Memorandum reported in a the New York Times article on November 5, 1983 possible has more significance. The memorandum indicated even at that early stage, Merrill Lynch and others were yanking Execiutve lIfe prodiucts from their offerings.

According to state filingsMerrill Lynch Settlement Services, Inc. was a Domestic for Profit Corporation in the State of Florida and while it is no longer active, this corporate entity was filed thirty-four years ago on Friday, December 5, 1980 as recorded in documents filed with Florida Department of State.   Merrill Lynch had its mitts on the company. formerly known as I-Bar and known as Merrill Lynch I-Bar and finally Merrill Lynch Settlement Services Inc. in the years leading up to the Westrope, Kelly and other ELNY placements.  Upon information and belief, Stan Schultz, who is listed as a settlement consultant for Delta Settlements in Califiornia was involved or his predecessors were involved with IBar back in the day. It sure would be interesting to get his perspective. His email address posted on the Delta Settlements website is at the URL ibarinc.com