Einstein Structured Settlements was a lead generation website associated with Maryland based JRR Funding LLC. that is marketed as if it were a real company. JRR Funding is run by Owings Mills MD high school buddies, Ryan Blank and Richart Ruddie, Jamison Cheway and Anant Gupta whose role in JRR Funding LLC  is listed as "Internet Pirate". On January 8, 2018, the Maryland Attorney General banned JRR Funding and other Ruddie Blank associated entities for 7 years after an investigation into their business practices and ordered full restitution to its Marylander victims. 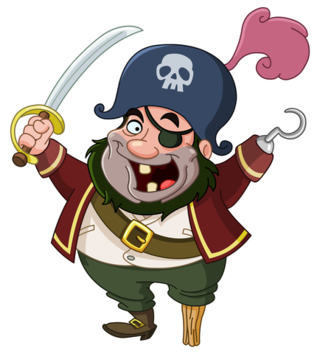 The about us page for JRR Funding is in a sub-directory on the einsteinstructuredsettlement.com website.

According to WiseGeek.com,  internet piracy is the unlawful reproduction and/or distribution of any copyrighted digital file that can change hands over the Internet. This can be done with music files, videos and movies, e-books, software, and other materials. Those who engage in this type of piracy can often conduct their entire operation on the Internet, including advertising and sales. It has become a worldwide crime problem, because of the relative ease with which it can be committed, even over long distances.

In addition to the structured settlement road kill serially served up, Einstein is a leading industry brandjacker and routinely uses complaint sites to promote its business.

Digest of Social Media Road Kill Served Up by Einstein Structured Settlements and those involved, since August 2012.

1/16/2015  In its review of cash now pusher Nu Point Funding Einstein states that principals of the
NuPoint company "do have over 25 years of combined hands on experience in the
factory and structured funding industry which is a big positive".  Can't wait to tell the "shop steward".

1/5/2015  Einstein's official blog, hosted at typepad.com, the same service that we use, intentionally misrepresents what scamadviser.com says, hoisting themselves on their own petard.  Einstein is tarnished beacon of lack of credibility for using paid testimonials, making continuous false and misleading statements throughout its existence that have been diligently documented in this forum.

12/14/2014 The Hispanic "customer" in a purported "review" Einstein structured settlements  published  November 28, 2012 on the YouTube channel of "Ryan Einstein", and still uses on its website review page,  who made the preposterous claim that she sold her structured settlement to Einstein so she could buy ocean front property in Miami and a Bentley, is in fact a paid actress named "Fabiola" who goes by the handle pinkkoala on Fiverr.com.  LOL.

12/9/2014   "Obligar", a term found in the "Structured Settlement Dictionary" found on Einstein SS website tips us off to even more risible definitions from the "needlenoses" that are far from genius, like defining lump sum as " money paid out in a single installment" when of course installment is one of a series of payments

12/1/2014  Einstein Structured Settlements Posts a typo riddled post which misinforms its readers about labeled  Peter Arnold of Arnold Consulting who is not Deputy Director of the National Structured Settlements Trade Association.  The post by Einstein is clearly a continuation of its "bag of sh*t against the wall" marketing strategy of lead generation which is of little value to consumers. Einstein serves up as much of the brown stuff that they can, hope that some of it sticks.

11/27/2014  It is bad enough that Genex never updated the insurance company information posted on structuredsettlement-quotes.com after 2012, but the folks from Einstein Structured Settlements have copied it and posted 2011 data in 2014 as fresh content, and attempt to claim a copyright in a report that is most likely ultimately copyrighted by Standard & Poors, LOL.  It's 3 years out of date!

11/24/2014 Einstein SS gets it all sideways when it says "The aspects of such a settlement that make it a good deal for the insurer are what can make it a very bad deal for a defendant. In a structured settlement, a defendant does not receive a sum of cash. Instead, he or she receives a payment arrangement called an annuity".

11/14/2014  Richart Ruddie, one of the folks originally behind Einstein Structured Settlements is apparently behind commentary about the letter to the editor written by  ELNY victim Suzanne Dunn Bradford of DeSoto Texas with commentary that is fully of mirthfully inaccurate allegations of fact.  Read more

09/01/2014 Einstein Structured Settlements is exposed once again, for bad advice on helping a family get out of debt.  Read more

08/09/2014 The lead generation website claims to be "industry leader" in another error laden missive.  Read more

6/17/2014   Einstein issues this profound statement  "Bad Economy – When the economy is great and you have a job, it sure sounds great to accept payments over thirty years. Then after the economy takes a downturn and you lose your job, you find that it would have been smarter to get that lump sum payment…after all, money on paper is only as good as the paper that it’s written on…"  Read more

5/25/2014    Einstein SS asserts "Many times the best alternative when the bank won't give you a loan and taking payday advances makes little to no sense over the long run is to sell off some of your annuities to experts like..."

So, in Einstein Structured Settlements' opinion,  it makes little to no sense to get a pay day advance,  but  makes more sense over the long run to sell annuities. Hmm. Let's ponder that assertion, shall we?  Read more

2/20/2013 Ryan Blank emails me content he intends to use for Einstein SS after I offered to help him out so as an upstart he doesn't  make a fool of himself posting inaccurate information.  Included in his proposed content is  "Having very strict hiring policies, and only the cream-of-the-crop are offered a position with the firm".  Readers should bear this in mind when reading the social media road kill about structured settlements that Ryan Blank and his colleagues routinely churn out.

1/10/2013  In a contemporary version of "Operation Mincemeat", Ryan Einstein (the nom de plume of JRR Funding's Ryan Blank)  is falsely promoted as having a PhD and LLM from Yale.   I not only confirmed with the University that this was not true, but confirmed in a phone conversation with Ryan's pop Barry Blank, that he went to school in Charleston South Carolina.  Further instances of promotion of Ryan's attendance at UCLA were similarly refuted by contacting that university.  Read more

12/5/2012  Einstein shamelessly advertises that its "pay your rent contest" is a first in the structured settlement industry when in fact in 2009, Imperial Structured Settlements had a similar sweepstakes. The Imperial sweepstakes even offered to pay three times more rent. Read more

11/22/2012 Einstein Structured Settlements capsizes in their attempt to "Sail Away With Structured Settlements,  when they say " there are rough waters and winds that make things a little choppy when at sea".  In the same post they somehow misquote Warren Buffett by saying "Sometimes the high tide protects you but as famous investor Warren Buffett has said when the tide comes in you know who has been swimming naked". Read more

11/2012  Early video "testimonial" posted less than a month after Einstein SS starts marketing, on YouTube, claims that a Hispanic  "customer" sold her annuity and bought ocean front property in Miami and a Bentley. To which Einstein competitor Rescue Capital observed on December 13, 2012 the Einstein video "...can hardly be considered a typical and noteworthy reason to sell your payments.   This reason will certainly not satisfy the best interest determination by the judiciary across many States in the US.  In December 2014 I discovered that the person giving the so called "review" was in fact a paid actress who solicits customers on Fiverr.com under the pseudonym Pinkkoala. Another ad features a purported client named " chip" that appears to have been purchased from Buytestimonials ,com  [ see entry for December 14, 2014 above]

10/16/2012-11/19/2012 Einstein Structured Settlements appears on the scene with a caricature of Albert Einstein that appears to be stoned. Over the next month its serves up do- it-yourself press releases which set the table for the serial inaccuracies to follow over the next two years.  In one of the most laughable statements Einstein cites an example where a "factory was negligible in  his death"  Read more

08/29/2012  Richart Ruddie and Cooper Picks LLC,  a Florida company he's listed a principal of, is among a group of named Defendants in this Nevada lawsuit http://structuredsettlements.typepad.com/files/william-walters-complaint-against-richart-ruddie-nevada-2012.pdf  , the prelude to Einstein brand jacking that would follow