What is the connection between Clearview Funding and Einstein Structured Settlements?

Anybody have any idea why Clearview Funding's website has provided back links to Einstein Structured Settlements in the footer of its web pages?

The website for Clearview Funding lists a toll free number but no address and the web domain www.clearviewfundinginc.com is registered through Domains By Proxy, a service of GoDaddy.com which enables a domain owner to be anonymous, absent a subpoena.

The company was incorporated in the State of Florida effective January 1, 2012, according to records at sunbiz.org with Calvarese Professional Accounting listed as the resident agent and executed by Brian C. Calvarese. Brian Calvarese is listed as Vice-President of the company in the articles of incorporation.  Clearview Funding Inc. is currently listed as "Administrative Dissoluton" with the State of Florida for Annual report as of September 27, 2013.

There is a current Better Business Bureau report with an unaccredited  A- rating listing Brian Calvarose (sic?) as Principal and Vice President of Clearview Funding.

I contacted Clearview Funding on September 28, 2013 via its posted toll-free number and the person who answered had no idea who Brian Calvarese was.  The person on the other end of the line however knew who I was and seemed rattled whe I attempted to "kick the tires". I wonder why?

More drama, shortly after the publishing of this post the link to Einstein Structured Settlements has been removed.  Hmmm, wonder why?

Targets of Settlement Purchasing Companies: It's All "Relative" 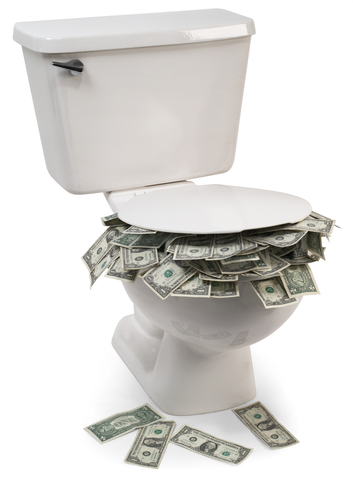 The following is self explanatory, courtesy of Einstein Structured Settlements

"As you see commercials all over television during Jerry Springer, Maury, and the other soap operas offering cash now. Well now it's time to get that money in your hand"

If you think you'll be "flush" with cash just be careful about what's "mixed in" with "the message". Don't get wiped out.

Operation Mincemeat  involved the acquisition and dressing up of a human cadaver  by British intellgence, as a "Major  William Martin, R.M." and putting it into the sea near Huelva, Spain. Attached to the dead body was a brief-case containing fake letters falsely stating that the Allied attack would be against Sardinia and Greece rather than Sicily, the actual point of invasion. When the body was found, with all the false  data in its pockets, the Spanish Intelligence Service passed copies of the papers to the German intelligence which passed them on to their High Command. The ruse was so successful that the Germans still believed that Sardinia and Greece were the intended objectives, weeks after the landings in Sicily had begun.

Is Ryan Einstein "The Man Who Never Was" in one factoring company's version of Operation Mincemeat?

But Ryan Einstein is claimed to be a PhD LLM from Yale University as you can see here Download Education of Ryan Einstein - Structured Settlement Los Angeles, California, United States. Note that the link states 1997. In another reference elsewhere it states 2001.

This morning I put a call into the Yale University Law School registar's office.  According to the individual I spoke to (twice) there is no record of someone named Ryan Einstein graduated from Yale Law School, never mind an LLM PhD.

A good case of reasonable doubt?  Are we dealing with a "floater"? You be the judge.

If you haven't seen the 1956 movie " The Man Who Never Was" it is highly recommended.

"Taking a look at the Einstein website under reviews, they have a video testimonial of a Hispanic client praising Einstein for their large lump sum.  The young lady claims to have won the lottery but was just receiving $15,000 a month for life; Einstein helped her convert her payment into a lump sum so she could buy an oceanfront property in Miami  and a Bentley".

As "Major Healy" rightfully observes "...gloating about buying an oceanfront property and a Bentley can hardly be considered a typical and noteworthy reason to sell your payments.   This reason will certainly not satisfy the best interest determination by the judiciary across many States in the US". 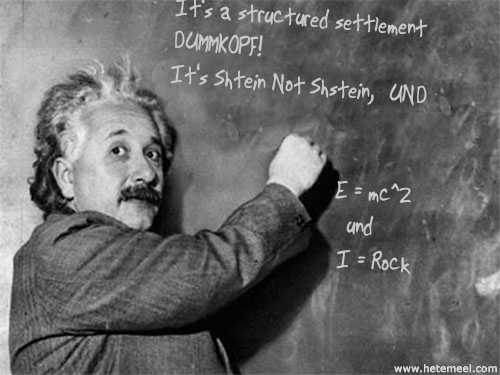 Postscript  It was later determined that the Hispanic customer was in fact a paid actress, used by Einstein Structured Settlements and its owners to deceive structured settlement consumers.

Did you hear about the guy that flew so close to the sun that he touched it in exactly one spot?  After that he was a real "tan-gent"! **

In a "do it yourself press release" issued December 5, 2012 Einstein Structured Settlements "has announced a new sweepstakes for people who close a deal with Einstein between December 1, 2012 through February 1, 2012 (emphasis ours). The Grand Prize is having their rent or mortgage paid, up to $600.00 per month, for two months".

Einstein Structured Settlements shamelessly advertises that this is a first in the structured settlement industry when in fact in 2009, Imperial Structured Settlements had a similar sweepstakes. The Imperial sweepstakes even offered to pay three times more rent. At this stage I wouldn't go so far as to say " it's all relative" however, coincidentally the Imperial news release and the Einstein press release share glaring date inconsistencies.

Come Live In My Heart. Pay no Rent"  -Sam Lover

In its epic failure in purporting to teach you "how many people receive a structured settlement each and every day", Einstein Structured Settlements admonishes us to "remember now not every state has a lottery.".  Then they say  " For example Las Vegas, Nevada the gambling capital of the world does not have a lottery..."

The self-proclaimed  "genius"  never answers its own question. Instead it states "the structured settlement industry is rather different as there are over 550,000 cases (as per our documented survey and study which we keep confidential) that are interested in selling their settlement...".

So how many people receive a structured settlement "each and every day? That's what I want to know. 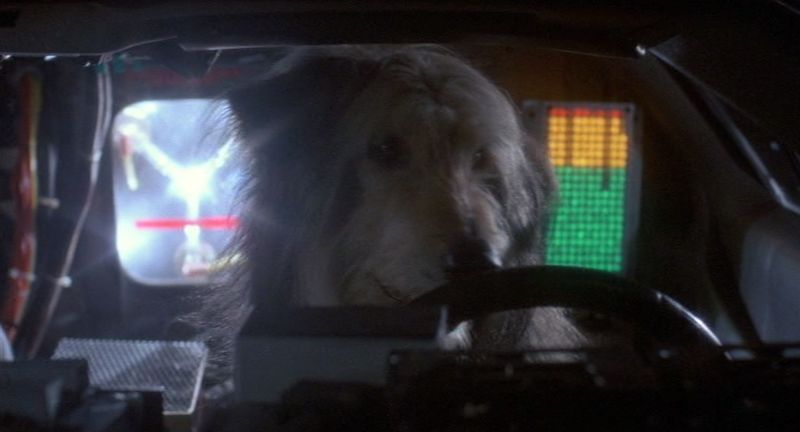 A. Their attempt to gain credibility with sailors in Newport Beach California, "capsizes" when they say " there are rough waters and winds that make things a little choppy when at sea". Download Einstein Structured Settlements November 22, 2012 Sail Blogs

E just does not equal mc squared here. Without wind your name is "Bob". It's not a "luffing" matter.

English dramatist George Chapman (1559-1634) wrote “Give me a spirit that on this life's rough sea Loves to have his sails filled with a lusty wind, Even till his sail-yards tremble, his masts crack, And his rapt ship run on her side so low That she drinks water, and her keel ploughs air”  Tragedy of Charles, Duke of Byron. Act iii. Scene 1 (1608)

In Wikipedia it is noted that a sailor manages the force of the wind on the sails in order to move the vessel relative to its surrounding medium (typically water, but also land and ice (think Titanic)  and change its direction and speed. Mastery of the skill requires experience in varying wind and sea conditions, as well as knowledge concerning sailboats themselves and an understanding of one's surroundings

B. Then Einstein gets the "Oracle of Omaha" all wrong when they quote "Sometimes the high tide protects you but as famous investor Warren Buffett has said when the tide comes in you know who has been swimming naked".

In his 2001 Berkshire Hathaway Chairman's letter, Warren Buffett actually declared "You can only find out who is swimming naked when the tide goes out."  (emphasis added).

C. Then they say "So the question that begs is what to do when times get tough and the sailboat is being dragged down? Thats the million dollar question. Don't be afraid to ask for help and sell off assets when need be. It's important to think about yourself."

If one is to continue the nautical theme, a captain of a vessel is traditionally the last one off a sinking ship, not necessarily think about himself first.  The BBC posted an informative article "Must a captain be the last one off a sinking ship?" in its January 18, 2012 commentary of the Costa Concordia crash off the Italian coast,  where the captain purportedly abandoned ship before all the passengers.

Moving on to the unlikely event of "when a sailboat is being dragged down", Archimedes Principle explains the concept of buoyancy, which is that in order for an object to float, it must displace an amount of water equal to its weight. Archimedes of Syracuse is regarded as one of the leading scientists in

classical antiquity and one of the greatest mathematicians of all time (like Einstein).  As a sailboat's weight pushes downward and displaces water beneath it, an upward force equal to that weight holds the boat up.

To be more "spinnaker" than "spin doctor", instead of getting themselves twisted in the abundance of distracting technical flaws,  why has Einstein not simply used an image or animation of a boat that has sprung a leak, that is rapidly filling with water and needs to be bailed out?

Who Is Einstein Structured Settlements? 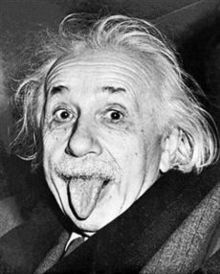 Einstein Structured Settlements sensationally and falsely claimed that the product of factoring companies paying cents on the dollar is a dirty little secret that insurance companies and lawyers do not want the public to discover.  This nonsense was set forth in a press release dated November 19, 2012, a time when Einstein had barely even done a deal at a time that Einstein was fraudulently advertising paid actors giving paid testimonials as if they were real customers of the company.

Einstein Structured Settlements' press release is simply not credible on its face because the structured settlement transactions are negotiated. In order for a structured settlement to be a created, a release specifying the periodic payments must be executed by the parties (including the injured person,  or guardian if applicable). There is no secret.

A. "There are some other restrictions to structured settlements. In most cases, you cannot leave them to your heirs if you die. That means the source of income can die with the recipient. Nor are structured settlements truly tax free, because the IRS regards any money you receive in settlement payments as income"

B. "It should be noted here that many people will get a better deal on a loan if they sell the annuity for the cash, put the cash in the bank, and take out a bank loan. The bank loan (or line of credit) will usually have a lower interest rate and more flexible terms than the structured settlement loan".

D.  "Jonathon worked in a factory and was standing on a ladder installing new hardware for the company. When he slipped and succumb (sic)  to an untimely death the court had ruled that the factory was negligble (sic)in his death. His wife Diane was the recepient (sic) of his structured settlement. The factories (sic)insurance company agreed to pay out for the next 30 years..."

Comment:  Wasn't the factory negligent or was its responsibility "negligible"?

Einstein Structured Settlements' website, which features a caricature of Albert Einstein that appears to be stoned beyond any "theory of relativity", was only registered on October 14, 2012 and the Internet has been flooded with "do it yourself press releases" featuring what is gibberish, in my opinion.

In my opinion, based on what I have been able to glean (as related in my commentary above), I wouldn't trust referring structured settlement funding to Einstein Structured Settlements. There are other players in the structured settlement secondary market that are more established and possess a better grasp of the facts.

Postscript:  In January 2018, the Maryland Attorney General banned a slew of Ryan Blank and Richart Ruddie associated entities from doing business in Maryland for 7 years over their fraudulent business practices. Richart Ruddie also was forced to plea bargain with the Rhode Island US attorney over another fraud related to his reputation management business and had to pay monetary compensation.