Richart Ruddie, one of the folks originally behind Einstein Structured Settlements is apparently behind commentary about the letter to the editor written by Suzanne Dunn Bradford of DeSoto Texas with commentary that is fully of mirthfully inaccurate allegations of fact.

Ruddie, whose name appears on the domain registration for 1lightbulbs.com  (along with tell tale charto911@gmail email address) credited on the Dallas News Writer commentary, or one of his minons, writes

"The editor's letter was written by a Suzanne Dunn Bradford of DeSoto, Texas and she would like to see elected officials from Republicans to Democrats to support people who follow the law. There have been 1,500 automobile accident victims in the last 4 years and their losses by taking structured settlement insurance (in her opinion) is almost 500 million dollars. Her husband died in an horrific car accident of no fault of his own. When she became a single mother with 3 kids to support it was troubling that the financing she needed was simply put not there."

Typical of the inaccuracies found on many of the pages on the Einstein Structured Settlements website, Richart Ruddie or one of his writers publish glaring inaccuracies that simply make them look foolish. Ruddie can be excused for not having first hand knowledge about ELNY.  My research concludes that Ruddie, an Owings Mills, MD native was in nursery school at the time ELNY policies were sold.  But that does not excuse the 32 year old or his delegees from not doing the research.

Had Richart Ruddie done so he would have discovered that:

1. The 1,500 were not all automobile accident victims.

3. Until 2013, these people received far in excess of what they would have received had they diversified or had they chosen a larger company with a longer hstory like MetLife, Prudential or New York Life.

Ruddie, or one of his minions, uses the commentary to pitch a website with a Washington DC area code that buys structured settlements from Hispanic annuitants. The linked website is by no surprise to this author, registered using a domain privacy service.

As reported previously, I have observed that since 2012, Einstein Structured Settlements has routinely used Rip Off Report, Pissed Consumer and  the trademarks and brands of competitors to promote its business. In may behoove Einstein Structured Settlements  to spend their time more productively and properly research their published writings so they could actually contribute something of value to the industry and to consumers.

Lifetime payments are obviously guaranteed to be payable for life. Life contingent payments are also  guaranted payable for life.   Some structured settlements can be designed to include a certain period which will pay a beneficiary any remaining payments due in certain period, when due,  after the annuitant's death. Some structured settlements include a commutaion provision which serves to value  the remaining guaranteed payments on the date of death, in accordance with a formula specified in the settlement documents and annuity contract, 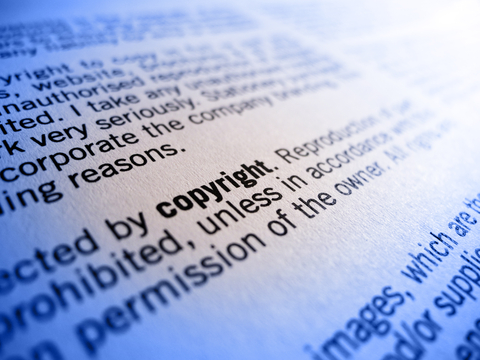 As if the fraudulent academic credentials, often grossly  inaccurate content and bogus testimonials we've reported about was not enough now I've got Einstein Structured Settlements nailed on plagiarism.

On May 7, 2013  1231pm Ryan William Blank of Baltimore MD  (a/k/a Ryan Einstein) emailed me. The following is an excerpt from that email:

"I have cc'd Richart Ruddie who is one of our website developers.  He has read your blogs and wanted to find out if you would be interested in writing content for a few new sites we are creating.  Please let us know what you would charge as we feel you are the best person to interpret the truth in this industry".

On May 13, 2013, I declined by email with heavy criticism of Einstein's business practices and Mr. Ruddie acknowledged receipt same day at 232am agreed with all of my points, and copied Ryan Blank.

At no time was Einstein Structured Settlements or its agents authorized to use any of our copyrighted content.

Why would you want to do business with a company that cheats?  Einstein Structured Settlements just doesn't get it.

Something worth noting
17 USC § 504 - Remedies for infringement: Damages and profits

March 3, 2013 rorwatchdog posts a comment on a  February 10, 2013 Rip Off Report about JG Wentworth with a link back to moneysettlement(dot)net, which has a toll-free number in common  with Einstein Structured Settlements.

March 3, 2013 rorwatchdog posts on a November 11, 2007 rip off report with a link to a blog at jgwcomplaints.blogspot(dot)com called JG Wentworth-Reviews, Complaints, and Cash Now Information, which has toll-free number associated with Einstein Structured Settlements and MoneySettlment(dot)net.

On May 4, 2013 "sam john" leaves a comment on jgwcomplaints.blogspot(dot)com  the  leading to SSQ's Yelp page.

Posted at 02:27 AM in Einstein Structured Settlements Complaints | Permalink | Comments (0)