In Dockery v Heretick, et al  US District Court E. PA  Case 2:17-cv-04114-CFK, a civil RICO case, plaintiff Larry G. Dockery alleged the existence of an unlawful scheme between companies who purchase future structured settlement annuity payments, an attorney who represented those companies in connection with such transactions, and other persons, to obtain annuities (actually structured settlement payment rights) from unsophisticated annuitants on unfair terms. Having survived a motion to dismiss on his RICO claims and after engaging in some discovery, Plaintiff sought certification of a class of annuitants who, like him, sold their structured settlement payment rights to companies in exchange for lump sum cash payments and allegedly received less than their worth.

In a 70 page Memorandum Decision dated September 1, 2021, Judge Chad F. Kenney ruled that "because Dockery cannot satisfy each applicable requirement of Rule 23, his Amended Motion for Class Certification will be denied.  Accordingly, the Court need not consider whether Dockery’s claim is typical of the class"

(1) The class is so numerous that joinder of all members is impracticable
[numerosity];
(2) There are questions of law or fact common to the class [commonality]
(3) The claims or defenses of the representative parties are typical of the
claims or defenses of the class, and
(4) The representative parties will fairly and adequately protect the
interests of the class.

Dockery replied "that no memory issue impedes class certification. Reply Br. at 12. For example, the fact that Dockery does not understand himself to have been counseled by a lawyer is no surprise given that the lack of real legal advice is the point of the case. Id. And in any event, the questions to be answered on the issue of adequacy are the qualifications of counsel and whether the class representative has conflicts with the class he seeks to represent.
The Court concludes that Dockery is an inadequate class representative for a slightly different reason. The Third Circuit has noted that “[s]tatute-of-limitations issues also touch on the adequacy requirement.” In re Cmty. Bank, 622 F.3d at 294. Such an issue facing a named plaintiff “may be relevant to evaluating their adequacy as class representatives in the same way any type of defense may be relevant to that inquiry, i.e., named plaintiffs may be inadequate representatives if their claims are extremely weak as compared to the rest of the class.” Id. Therefore, “to the extent the claims of the named plaintiffs–as compared with the rest of the class–are subject to fatal statute-of-limitations defenses, that inquiry may be relevant to whether
they can adequately represent absent class members whose claims do not suffer from timeliness problems.” Id"

The decision was seen as a "fantastic outcome" by Genex Capital CEO Roger Proctor who emailed me this afternoon (shortly after the decision was published) with some good natured hectoring along with a copy of the decision.

No word yet on whether or not there will be an appeal of the Court's decision by Dockery. 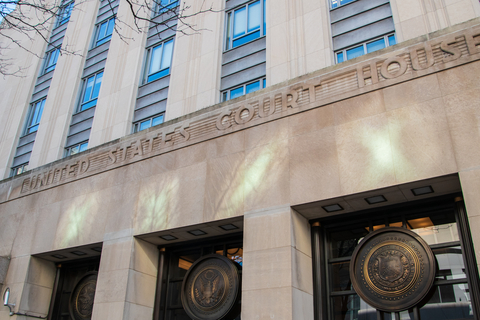