Berkshire Hathaway will go to bat for its annuitants in questionable structured settlement factoring deals as court records show  [see In Re: Pitchberg Funding  Superior Court of the State of California, County of Los Angeles, Case No: ES022381].

Pitchberg petitioned to buy $505,555.32 in payments for $67,200.00, a deal bearing a very unimpressive 12% discount rate. The Pitchberg transfer petition is notable for

Did the grandmother/guardian write that up herself, or was it prepared by Pitchberg Funding and/or its attorney for her to sign?

Pitchberg Funding obviously sets its ethical bar very low judging on this alone. Furthermore, four months after the Pitchberg petition was filed by its attorney, Julie D. Noe, its attorney, was cited for fraud on the court in a Nevada structured settlement factoring case. In the legal matter of In Re: Seascape Leasing, LLC District Court Clark County Nevada A-18-775027- Nevada District Court Judge Kerry Earley said "Seascape Leasing LLC and lawyers, Patrick M. Etchebehere and Julie D. Noe  "committed a fraud on the court by clear and convincing evidence" in a prior successful attempt to transfer the structured settlement payment rights of Brandon Boiclair. See my September 30, 2018 post, which includes a link to the Amended Findings of Fact, Conclusions of Law and Order in that matter, dated September 19, 2018.

The Berkshire Hathaway Response to the Pitchberg Funding petition.

in its response as a Specially Appearing Interested Party, Berkshire Hathaway Life of Nebraska (BHLN) filed June 5, 2018, BHLN also raised an important issue since the subject  structured settlement that is the subject of the In Re: Pitchberg Funding transfer petition, had been established for less than five years.

If the payee entered into the structured settlement at issue within five years prior to the date of the transfer agreement, then the transferee shall provide the following notice to the payee's attorney of record at the time the structured settlement was created, if the attorney is licensed to practice in California, at the attorney's address on file with the State Bar of California.  The notice shall be delivered by regular mail and shall contain the following language:

In the Pitchberg Funding case BHLN stated in its response that it was unclear from the petition served whether Pitchberg Funding complied with the mandate as no letter to the minor's former counsel was included. Ultimately the transfer petition was dismissed.

Would lawyers like to know if one of their former clients was selling a structured settlement within the first 5 years?  I think they would. And I think it would be an effective deterrent to a money grab for "forbidden fruit".

The Temptation of the Forbidden Fruit

Over the past decade settlement planners have been expanding their practices beyond structured settlements into areas such as:

Would this be seen as consumption of "forbidden fruit"?

One could look at it as churning.

Think there is no way this could possibly happen?

I'm sure those that trusted Joe Gargan, James Gibson and Michael Woodyard thought that too at one time.  But the possibility of a plaintiff settlement planner having a "tryst" with factoring of their client's structured settlement was not lost on retired Bronx New York Supreme Court judge Paul A Victor, whose local rules for settlement of claims by infants and impaired persons, required a sworn affidavit that that the structure broker would not do the following, at #11:

Neither I nor (Insert name of company) will, without the express consent of the plaintiff and the prior written approval of this court:

a) provide any information about this settlement to any factoring company for any purpose; or

(b) solicit the plaintiff or plaintiff’s family on behalf of any factoring company for any purpose, including, but not limited to, the proposed sale of plaintiff’s future periodic payments, nor will I or (Insert name of company) participate, assist, promote, or aid in such solicitation by any person, firm, corporation or entity; or

(c) seek or accept any consideration, financial or otherwise, directly or indirectly from a factoring company.

The Bronx judicial commentary concerning this aspect of the structure broker's affidavit is crystal clear:

"However, these services, should be provided at the request of the annuitant. In contrast, it would not seem appropriate for a structured settlement broker to provide the names of its client annuitants to such factoring companies for solicitation purposes; and it would certainly seem unethical, if not illegal, for a structured settlement broker to receive a referral fee or any form of compensation from such a company. It must be noted that the “structure broker’s affidavit” which is required by this court’s rules must contain a representation that said broker does not have any such relationship with a factoring company"

With a sale with 5 years attorney notification rule in place, an important check and balance is put in place.  The Notification of Attorney Within 5 Years Rule should be part of each state's structured settlement protection act. What would the lawyer that referred that client to the settlement planner think about the raiding of the annuity payments? The deterrent value of such a rule is enormous.

Imagine a different outcome for James McMillan. Evan Torgan's excellent legal work for 2003 Staten Island Ferry victim is undone in a series of improvident structured settlement factoring transactions. The first factoring vulture appeared 4 years after the 2009 settlement, so if a 5 year attorney notification was in place, attorney Torgan would have been notified and might have been able to intervene. McMillan had  a 2012 attempt dismissed by a New York judge and then was financially raped through 9 transactions in 2013 alone in the Sumter County Florida "kill zone".

Fortunately laws have changed in some states. But the demons of the settlement purchasing industry are wily and look for the squeaky wheels. Is Connecticut's precarious financial position to blame. In 2016, the Malloy Administration proposed $64 million in budget cuts to the judiciary.  Is a financially weakened judiciary a hole for cash now pushers to exploit for the purpose of getting an annuity sold?

A quick survey of structured settlement purchasing companies showing up in CT court records reveals that most are not even registered to do business with CT Secretary of State. That's a lot of lost state tax revenue.

Here is is How Current CT State disclosures are Deficient:

All of these items should be incorporated as amendments to the CT Structured Settlement Protection Act  CGS 52-225g-52-225l as soon as possible. In addition CT statutes should have strong domicile requirements to discourage forum shopping.

Have you been denied a structured settlement transfer in New York and being told to file in CT?

If so I'd like to hear from you. If you sign a legal document attesting that you live in CT and you don't in fact live in CT you are committing fraud.

Novation Funding recently "nutmegged" a Southington Connecticut resident for an 18% effective discount rate and a New Britain CT judge approved it.  It is yet another nail in the coffin for proof that Novation Funding is false advertising "Selling Structured Settlements for Maximum Lump Sum Payouts". The maximum payout claims of Novation Funding, which also does business as Novation Settlement Solutions and 365 Advance Services, are absolute rubbish.  The degree of rubbish can be proven time and some again by "scraping court records" and looking at the deals.

The National Association of Settlement Purchasers Code of Ethics is a joke when members like Novation Funding continue to falsely advertise but cannot deliver maximum lump sum payouts. 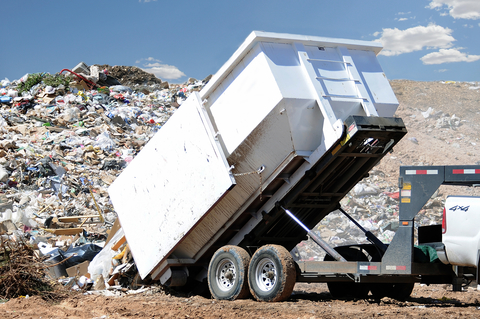