California law requires a data broker, as that term is defined in California Civil Code § 1798.99.80, to register with the Attorney General on its internet 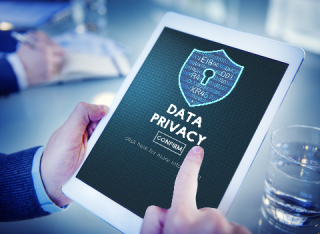 website that is accessible to the public, on or before January 31 following each year in which a business meets the definition of a data broker.

Court scraping is the process of searching court records for personal identifiable information about individuals, with whom the scraper has no direct relationship, whose settlements involve structured settlements. The scrapers peddle the information to mostly unlicensed/unregistered individuals and or entities, whose unlicensed or uncredentialled representatives harass structured settlement annuitants and may provide unlicensed financial advice to sell their payment rights. The court scraped victims are first subjected to a carpet bombing of email solicitations as the predators set their hooks. This in turn is followed by a shower of unwanted phone calls, followed by unlicensed financial advice and a pennies on the dollar financial solution that is a  money loser 100% of the time.

I've reported about some of these cadgers in prior blog posts. Here is a sample:

"Data broker" means a business that knowingly collects and sells to third parties the personal information of a consumer with whom the business does not have a direct relationship. "Data broker" does not include any of the following:

(1) A consumer reporting agency to the extent that it is covered by the federal Fair Credit Reporting Act ( 15 U.S.C. Sec. 1681 et seq.).
(2) A financial institution to the extent that it is covered by the Gramm-Leach-Bliley Act ( Public Law 106-102 ) and implementing regulations.
(3) An entity to the extent that it is covered by the Insurance Information and Privacy Protection Act (Article 6.6 (commencing with Section 1791) of Chapter 1 of Part 2 of Division 1 of the Insurance Code).
What Other States Require Data Broker Registration?
Vermont became the first state to require data brokers to register annually with the government beginning in 2019.  [ 9 VSA ch 62, subch. 5   Also Ibid 9 VSA §2446 and §2447]\
In 2020, Hawaii, New York, Rhode Island, and Washington were considering bills that would require data brokers to register and provide information to consumers on how to opt out of the collection of information.
Federal Privacy Rules Must Get " Data Broker" Definitions Right  is an excellent article by Justin Sherman published April 8, 2021 on the LawFare blog.
Sherman says  "...data brokerage—in broad terms, companies buying and selling data on consumers—remains heavily underdiscussed in these conversations on potential regulatory action. Those engaged in this practice include companies that sell large datasets that other firms use to microtarget online ads, and companies that aggregate information from public records and link them to individuals on their websites (those “click here to run a background check” ads you see on search engines). Some companies, such as Lexis/Nexis, have transformed their traditional business into data brokerage, while others, such as traditional consumer reporting agencies and companies that help local governments digitize their records, have often made data brokerage just one component of what they do. That’s why the entity that directly and initially collects a consumer’s information is often only the first in a long chain that will acquire it"
Sherman, who is a fellow at the Atlantic Council's Cyber Statecraft Initiative, a research fellow at the Tech, Law & Security Program at American University Washington College of Law, and a cyber policy fellow at the Duke Tech Policy Lab, opines that data brokerage must be a core component of federal privacy legislation and enforcement actions.

What is court scraping? 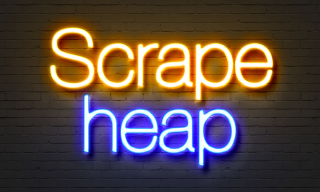 The scraped victims are first subjected to a carpet bombing of email solicitations as the factoring sperm fight each other and try to wriggle their way in to fertile ground. This in turn is followed by a shower of unwanted phone calls, followed by unlicensed financial advice and a financial solution that is a pennies on the dollar money loser 100% of the time.

This morning I received an email from Michael Finn from American Courthouse Research, with the subject line " Structured Settlement Research".  Finn states that his company conducts Courthouse research in around 37-40 States. He claims to provide all the information available directly from court records. Because of nationwide redaction policies, addresses taken from the court records are only available on around 30% of the Documents. Included when available, Full name of the Settlement holder, (First initial Only when address is shown), address, competitor, annuity Issuer, annuity obligor, State/County where document was filed, File Date, Open/Closed option. They research the most current cases in each state.

In 2016 I reported about how "cat lady" Tricia Nixx, states that her structured settlement leads  are the most detailed available and "are ready for your sales team to pounce on these people".    Pounce like a cat stalking its prey. Download Structured Settlement Leads _ LinkedIn Court Scrapers.  I remarked then that Tricia Nixx shows just how disconnected that court scrapers and lead generators are from the people who have structured settlements. Tricia Nixx claimed to have addresses, phones, social media, email, relatives with structured settlements, previous sales, payment streams available for a price. She said  other people who sell leads simply buy them from runners or court clerks.

In 2013, now banned in Maryland for 7 years, Ryan Blank and JRR Funding LLC (manager member Richart Ruddie), made courtscrape a central part of their salespitch to Atlanta based Fairfield Funding as I reported here in 2015.

This is just a small sampling of the cottage industry of court scrapers supporting structured settlement cash now pushers.

The subject of public access to court records has been the subject of a number of scholarly papers.  For example Download Public Access to Court Records ABA March 2017 American Bar Association Center for Continuing Legal Education  March 17, 2011.  There are many public policy reasons why there should be transparency in court houses.

The National Center for State Courts says "While the concept of open court records has been the cornerstone of judicial integrity, courts have long been challenged to use their own discretion in the delicate balance between the harm that may be rendered by the disclosure of certain sensitive information contained in the court record and a “fully open” court record. The advancement of technology has raised complex issues regarding privacy, document certification, standards, and systems interoperability, as both state and federal judiciaries have adopted the Internet as a means to display documents and provide direct, rapid, and easy access to official court information, forcing states to take a fresh look on their privacy policies".

Proponents of court scraping say that it keeps costs down for consumers. Others say it just amplifies unwanted harassment of structured settlement annuitants.

It took 5 months for the national press to publish a story about the ex Miami lawyer who forged 7 judges signatures over and over and over on more than 100 structured settlement factoring documents. I published my first of 8 Camacho posts on January 9, 2016, 6 weeks before anyone else. Thank you Broward County.

It is unlikely that public access to court records is going away anytime soon.  Therefore licensing and regulation of sales practices becomes even more crucial.  There need to be rules of engagement with customers  and accountability that includes fines and possible loss of license or authority to transact business in any state where transgressions of the rules. The fines or suspensions should be open to public review just like any other license.