Here he comes, there he "goes"!

Patrick HIndert did his typical "seagull job" in his review of the NSSTA Regional meeting in Las Vegas.

Hindert has developed the propensity to call structured settlement consultants "annuity  agents"ostensibly to mischaracterize the labeled as one trick ponies, or question their loyalty to those who they purport to represent (i.e. allegation that agent of life insurance company is loyal to the life insurance company not his client), the implication being that the targets of the invective are mere product peddlers.

In labeling Traci Kaas of Millennium and Tony Robinson of Ringler as "annuity agents" Hindert missed that each of them is a registered representative of FINRA. Hindert is not a member of FINRA. It is also interesting to note that in Hindert's LinkedIn profile as it exists on October 17, 2009 at 425pm CDT, states that his company The Settlement Services Group, owned by Forge Consulting, "provides financial and insurance products". NO MENTION OF SOLUTIONS!

In order to sell such insurance products HIndert and anyone else he recruits will have to become an agent, the same label which is now the object of his derision

This author was in Las Vegas for another educational meeting immediately prior to the NSSTA Regional and opted not to attend due to other business commitments, including taping 3 segments for the Legal Broadcast Network which readers will be able to view in the coming weeks. I do feel qualified however to comment on what Hindert refers to as missed opportunities.

Hindert is spot on about the CSSC program. This is a critical juncture for the program.

Credential puffery by CSSC certificants has been rampant. Those who engage in this outrageous practice, including a seated NSSTA Board member, are in the process of being publicly exposed through this blog.

Unless NSSTA develops a continuing education mandate soon, the CSSC designation may no longer be allowed to be advertised in many states. What a travesty for the 600 or so designees who have paid $2,800-$4,500 and spent "4 days in the vicinity of Touchdown Jesus"? 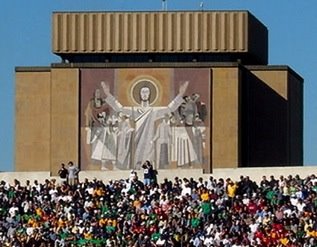 Designees of the RSP have a mandatory CE requirement.  What is holding up NSSTA? Do we have a bunch of old lazy dogs holding up progress?  As a CLU ChFC designee I volunteered for the American College PACE program even though I was grandfathered in (me a grandfather?). In a dynamic industry, with all its subsets, continued learning and re-learning is essential. Even Chesley Sullenberger had to do some added training upon returning to duty following his January 2009 heroics on the Hudson. He had to do the training BEFORE he could fly again. If you truly get the industry and care about its future then opt for mandatory CE for CSSC certificants.

I have suggested that a portion of the mandatory CE requirement be tied to attendance at the NSSTA Annual which wll boost attendance. Other requirements could be satisfied through American College, CFP, RSP or topic related courses.

In Missed Opportunity 2, Hindert puts on his "Dissipation Myth Bab-oon" hat.  Hindert has devoted months of his life to making an NYU law student the new messiah and failed. Move on dude. If he's so passionate about it why not finance  the dissipation study with "owner" Forge Consulting's "virtually unlimited financial resources"?  If it's really THAT important (to the trial lawyers that Forge pays big money to) then skimming a few bucks here or there and the branding opportunity should be well worth it."

New rules proposed by the State of Oregon Department of Consumer and Business Services designed  to protect consumers might lead to some additional "white space" on the business cards of settlement professionals.

As professional credentialing moves to the forefront in consumers vendor selection process, The American College has announced February 2, 2009 that the Chartered Financial Consultant® (ChFC®) designation program, will require a total of nine college-level courses for students starting the program on or after October 1, 2009. This will include all of the elements of the CFP certification plus additional specialized electives including a comprehensive case analysis course.

Said Larry Barton, Ph.D., President and Chief Executive Officer of The American College "ChFC® is the single strongest indication consumers have that a financial planner is well qualified to practice and exemplifies the highest standard of knowledge and trust. The new enhancement to the requirements for this designation continues to put more distance between this mark and other credentials in the field.”

The Chartered Financial Consultant® designation was established as a professional designation in 1982 and is conferred by The American College, a non-profit public educational institution with the highest level of academic accreditation and an 82-year history of raising professionalism in the financial services field. This author, John D. Darer is one of more than 45,000 financial planners have earned this leading credential since its inception.

The ChFC®  takes several years for the typical professional to earn, and it includes adherence to a strict code of ethics and requirements for continuing education throughout an advisor’s career. Each of the nine courses involves 50 hours or more of study time and has a detailed, proctored examination. The comprehensive curriculum covers the full range of financial planning topics, including ethical considerations in creating a financial plan; insurance, tax, retirement and estate planning; investments; and case analysis. It also includes the option for additional study in the areas of macro economic environment, estate planning applications, financial decisions for retirement, and executive compensation.

More on the ChFC® designation

With all due respect to NSSTA and the Executive Program at University of Notre Dame, settlement professionals should not rest on their laurels with just a Certified Structured Settlement Consultant designation. Obtaining the CSSC should not be the end of your academic endeavours. Challenge yourself and others. Elevate your industry.Take the Registered Settlement Planner designation program. Go for the ChFC® designation and/or the CFP®. Even the old hacks! You can do it and if you "can't" or are unwilling then how about mentoring someone else to do it?

So what is the significance of all that alphabet soup after your structured settlement broker or settlement planner's name? Why should you care?

Other settlement industry professionals may have have legal degrees such as the Juris Doctor ("J.D."), or other professional designations such as the Chartered Property Casualty Underwriter ("CPCU"), Chartered Advisor in Senior Living ("CASL") or may be registered with the National Association of Securities Dealers as a Series, 6, 7, 63 or 66. I will cover these and other in another post.

Why should you care? Furthering his or her education is an admirable goal for a settlement professional who you are thinking of retaining to serve you or your client. Structured settlement brokerage and settlement planning are highly specialized sub-industries that are part of the larger financial services industry. The business has always had and always will have dynamic characterisrics and it's important that the person you choose is up to date.