Following the Maryland Attorney General's criminal indictment of a trio of characters associated with Access Funding this week, the Consumer Financial 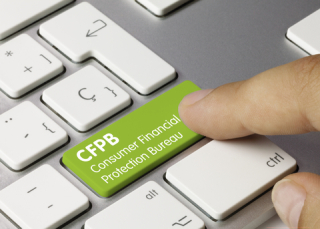 Protection Bureau  (CFPB) has announced a stipulated settlement with Access Funding, a structured settlement factoring company and its principals, including Lee Jundanian, a member of the New York bar, an individual once described as "a visionary" (albeit by a company that was later banned from doing business in Maryland for 7 years on the account of fraud)  and who, through Atlantic Solutions LLC and Access Funding successor-in-interest Reliance Funding, was involved with a number of athlete/agent factored cash flow schemes that used the prestige of the athletes like former Virginia Tech and NFL legend Michael Vick and NBA star Paul Millsap as a shiny penny then used by companies like SMA Hub and certain financial advisors to market to investors as annuities, but turned out to be anything but.

Access Funding was established in 2012, after Lee Jundanian's 5 year non-compete with Stone Street Capital (now part of JGWPT) was over. In a few short years Jundanian's company became the bête noire of the structured settlement factoring business. It's not hard to see why. If you have the time, read the Access funding sales manual.

The summer of 2015 was a disastrous for Access Funding, following Terrence McCoy's blistering Washington Post news reports of Access Funding abusive business practices.  The reported target of Access Funding's fountain of business came from mostly black residents of Baltimore City. At the time of his death in April 2015, Freddie Gray of Baltimore, Maryland survived on a “pennies on the dollar” lump sum lead poisoning payment [ see Freddie Gray and Lead Poisoning by Deborah Bailey March 11, 2016, American Society of Public Administration Times]. Access Funding victims were labeled "lead paint virgins" as if ruining the financial futures of these poor people were just a notch on the proverbial bedpost. The utterly horrible stories of Access Funding led to structured settlement factoring reforms in Maryland and the end, at least in name, of Access Funding.