Buying structured settlement payments rights, or rights to any cash flow in the secondary market is not the equivalent of buying an annuity. Buying purported cash flows from athletes or agents of athletes are even further removed from what an annuity is. A series of investors have learned that the hard way.  But things may be looking up. 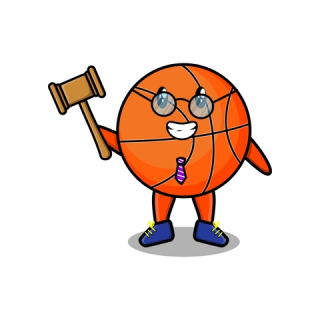 motions from Paul Millsap and Brendrick DeAngelo Simmons in a long running dispute over an odd investment in subsets of an NBA agent fee that was marketed to investors as an annuity.

Millsap, 37 is an American NBA professional basketball player who most recently played for the Philadelphia 76ers (and previously played as a power forward for the Utah Jazz, Atlanta Hawks, Denver Nuggets and Brooklyn Nets), and his uncle and agent Brendrick Simmons. The investment was in a purported agents fee due Simmons September 16, 2021. Daily penalties were to be assessed if payment was not made on time.

Count V – Fraud against Simmons and BDS Sports                DENIED, Motion to Dismiss, or in the alternative Summary Judgment by Simmons

Count VI – Negligent Misrepresentation against Simmons     DENIED, Motion to Dismiss, or in the alternative Summary Judgment by Simmons

Count VII – Breach of Contract against Simmons                  DENIED Motion to Dismiss, or in the alternative Summary Judgment by Simmons

Count X – Violations of Maryland Consumer Protection Act against Simmons (this was dismissed).

It is believed that Millsap previously contributed to a monetary settlement to similar investors who bought subsets of the same purported fee payment from Millsap to Brendan DeAngelo Simmons in what was dubbed the 'Secondary Market "Annuity" Shit Show' lawsuit, but was not able to obtain reoslution with the remainining plaintiffs. See link below.