A New Jersey Appellate Court has concluded that an heir's loss of a prospective inheritance resulting from the imposition of increased estate taxes- incurred due to the premature death of a decedent —— is recoverable in a wrongful death action. The Appellate Court reasoned in its May 29, 2012 decision, that because such a tangible, readily calculable diminishment in an heir's expectancy is in the nature of "pecuniary injuries resulting from such death," N.J.S.A. 2A:31-5, it  concludes that it is an element of damages for the jury to consider in this case, subject to appropriate expert evidence.

The interesting legal question arose out of an automobile accident on January 25, 2008 in which John G. Kellogg, 97,  and his wife Barbara Kellogg were passengers in a car owned by Patricia Marks, operated by Russell Marks  which collided with another vehicle owned by Defendant Teresa Cupples and operated by Defendant Trevor R.Hulfish.  On February 7, 2008 John Kellogg succumbed to his physical injuries, which included a displaced rib fracture, non-displaced rib fracture and a possible pulmonary contusion.

Provisions of the Economic Growth and Tax Relief  Reconciliation Act of 2001  ("EGTRRA") reduced estate taxes in 2009 and eliminated them entirely for the year 2010.  Subsequently the Tax Relief, Unemployment Insurance Reauthorization and Job Creation Act of 2010 went into effect December 17, 2010, extending the the estate tax provisions of EGTRRA through 2012.

Plaintiffs sought to recover the estate tax differential from Defendants alleging it was the fault of the Defendants' tortious conduct that resulted in the premature death and ergo, the higher taxes. At the time of his death Kellogg had a life expectancy of 3.20, according to the decision. Though this figure slightly conflicts with life expectancy tables provided by the Social Security Adminstration, the point is the same.  Regardless of whether Kellogg lived 2.44 years or 3.20 years, his heirs would have had a higher inheritance due to lower estate tax liability.

In the words of the State’s attorney: “It is irrelevant that he did not receive distributions and was unable to direct distributions to himself.” The State relies on 42 U.S.C. section 1496p(d)(3)(B) discussing irrevocable trusts.  According to Higgins Settlement Law, the beneficiary’s counsel intends to file a federal lawsuit to clarify the issue so stay tuned.

and not the other?

Rev Proc.93-34 permits qualified assignments out of a qualified settlement fund. If  New Jersey's position sticks isn't that going to create a conflict?

Times have changed. With few structured annuity issuers accepting qualified assignments from single claimant qualified settlement funds,  neither plaintiffs nor plaintiff attorneys benefit  from the claim of  "full market access" that was previously touted by some settlement planners as a reason to do a QSF.

When it comes to your attorney fees and your client's financial future,  why ride "the bull" when there's a chance  you will end up in "shit"?

What is a Structured Settlement Commutation Rider? 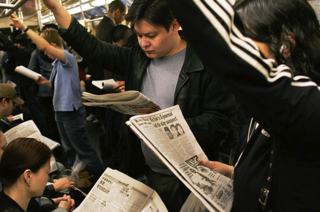 A commutation rider is a structured settlement option, that serves to automatically commute all or a portion of future guaranteed or certain payments to a lump sum upon the death of the annuitant.

For the purpose of this post guaranteed or certain is intended to mean payments that will be made whether or not the annuitant survives the entire payment schedule.

Structured settlement commutation riders upon death have been available since 1995, when Allstate Life Insurance Company obtained a Private Letter Ruling 9812027 from the Internal Revenue Service.

While there is no charge to include a death commutation rider, it must be embedded in the settlement agreement and qualified assignment at the time the structured settlement is finalized. The rationale for this is simple and is explained Private Letter Ruling 9812027. The commutation occurs through events outside the payee’s control. The payee has no ability to affect whether a commutation might occur, and the commutation was made to the payee’s beneficiaries, not to the payee.

While the method of calculation of the commuted amount payable varies by company generally there are two components:

Using the annuitant's date of death as a measuring point the annuity issuer may discount the future payments using a published index (if the date of death is weekend or holiday typically the next business day will be used).

Some annuity issuers will base the present value on the cost of a structured settlement annuity (based on rates in effect on the date of death) that would be sufficient to pay the remaining guaranteed or certain payments.