AnnuitySold is a company associated with Richart Ruddie and Ryan Blank, Owings Mills Maryland High School chums, whose companies colored outside the lines a few too many times and got into trouble with the Maryland Attorney General in 2018.  AnnuitySold and related companies were banned for 7 years from doing business in Maryland from 2018 for fraud and had to pay restitution to victims.  Sufficed to say these ne'er do wells of structured settlement cash now have shown that there's no hard feelings about my incisive commentary regarding same and complimented me on my weight loss journey during the pandemic.

Word must have reached Richart Ruddie and Ryan Blank about my 83 lb weight loss accomplishment (and counting) during the Covid19 pandemic and Annuity Sold Knows John Darer is a Loser was piped across a few internet sites with Italy and Ukraine extensions. The congratulatory wishes on my weight loss started in October 3, 2020.  I'm proud to have lost 83 lbs. I'm happy to introduce people to my coach if they too want to be a loser of pounds. Thanks guys, glad you finally know about it. 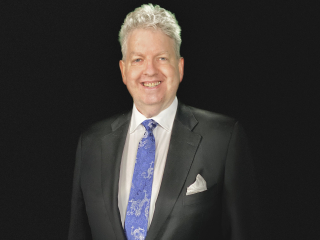 John Darer is a Loser of 83lbs During the Pandemic

by Structured Settlement Watchdog
UCLA law professor Eugene Volokh has compiled information on phony anti-libel take down injunctions in a Utah Law Review article aptly named Shenanigans (Internet Takedown Edition) 2021 ULR 237.
The shenanigans of "reputation management" and AnnuitySold fraud Richart Ruddie, were mentioned 18 times in Professor Volokh's informative 83 page treatise, detailing a multi state search engine de-indexing scam tied to Ruddie's "reputation management" company. Ruddie's fraud was uncovered in 2016. The Richart Ruddie scam included a Rhode Island case, which used a check from RIR1984 LLC, a company started by him, along with Owings Mills high school chum Ryan Blank, and a California lawyer, to fund the cost of a process server and the documents were sent to that process server in California using an AnnuitySold email. Here is a copy of the 2017 Sanctions Order against Richart Ruddie by the United States District Court in Rhode Island Download USCOURTS-rid-1_16-cv-00144-1 Richart Ruddie Fraud Sanctions Order Rhode Island
In January 2018, AnnuitySold, and related structured settlement factoring companies, associated with Richart Ruddie and Ryan Blank were later banned from doing business in Maryland for 7 years for other frauds soliciting people receiving with structured settlement payments.
Excerpt: "The Rhode Island litigation also uncovered who was responsible: Richart Ruddie, owner of the reputation management companies SEO Profile Defender Network LLC— which had promised “guaranteed removal” (no payment if the removal does not happen) to its customers—and RIR1984 LLC.  Ruddie ultimately settled the case in exchange for $71,000, chiefly consisting of Myvesta’s legal fees (a good measure of how much it would have cost Google to challenge the injunction, had it had a legal obligation to comply with it). Ruddie also agreed to ask Florida and Maryland courts to vacate three other court orders that called for the de indexing of Myvesta posts related to Smith’s companies, Smith v. Levin, Financial Rescue LLC v. Smith, and Rescue One Financial LLC v. Doe. In Smith v. Levin, court records included Levin’s ostensible address (the common practice in Maryland); no-one with that name could be found at that address. Professor Volokh confirmed through independent sources that some of the other cases that fit the same modus operandi were likewise filed through Richart Ruddie. The pattern in all these cases appears to have been the same:
1.The company filed a libel lawsuit in the plaintiff’s name against a fake defendant, seeking an injunction
2.The complaint was accompanied with a stipulation supposedly signed by the defendant (but in reality, produced by the company itself).
3.The hope—often realized—was that the trial judge would see that the parties agree on the injunction, and therefore sign the injunction without much further scrutiny. Indeed, in two cases, a permanent injunction was entered a mere four days after a complaint was filed together with a stipulation.
4.The reputation management company would then send this order to Google or Yelp, asking the platform to deindex or remove the material that the order has ostensibly found to be defamatory"
Volokh's treatise provides helpful information concerning:

Note: Originally published by this author in February 2020.  We believe our original work was plagiarized and published on another site that has no other articles on the same subject as part of a scheme similar to what is described in this article. in March 2021 a brazen DMCA takedown was attempted to attempt to suppress our voice which we contested.  This post and another post, a 2015 post (having to do with a lawsuit against Richart Ruddie and others that the cocksure Ruddie once bragged about to sell his reputation management services). In addition we discovered 50 other posts of ours published between November 2012 and 2016, that were plagiarized, all of which had to do with reported matters concerning Richart Ruddie, Richart Ruddie Annuity, Einstein Structured Settlements, AnnuitySold and/or his associates.