Structured Settlement Watchdog Bites Annuity.Org For Taking Advantage of Their Own Ignorance of US Law

Annuity.org may be good at SEO, but for the reasons backed by the examples and anecdotes often cited in this blog, Annuity.org often comes up short on the 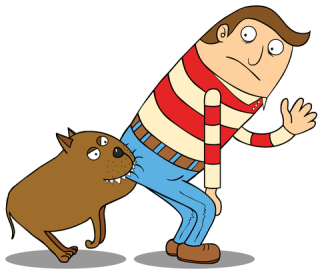 CBC Settlement Funding shill Annuity.Org published bogus information that was purportedly fact checked and financially by a PhD only last month. In  "Why Is Court Approval Necessary?" Annuty.org writes:

"Before the industry was regulated, some factoring companies took advantage of people who were not informed of the nuances of selling their structured settlements. To prevent this from happening, the United States government passed several laws — such as the Federal Periodic Payment Settlement Act of 1982 —that mandate court approval for the sale process.  mandating court approval ensures the sale is in the consumer’s best interest and a factoring company is not taking advantage of the person’s ignorance".
How do consumers save themselves from Annuity.org's ignorance?
Here are 5 ways that the Annuity.org and its "fact checkers" got it horribly wrong

Annuity.org has lowered their credibility bar even further by publishing this flunk worthy statement, portrayed as "Fact Checked" in  " What Kind of Payment Stream Do I Have?".

"Because structured settlements, which are typically executed through annuities, are legal judgments subject to strict regulations, it can sometimes be confusing to match the payments to the issuer".

But it was lost on the first "mouse", author, Rachel Christian,  who cited 15 sources (only 2 of which have anything to do with structured settlements and none of which confuse a settlement with a judgment) work was edited by second " mouse" Kim Borwick and the third "mouse", financial planner Rubina K. Hossain, CFP.

In what appears to be an admission of sorts,  Rachel Christian writes  "Some of the confusion stems from the way structured settlements are set up, which includes multiple entities and transactions, starting with the defendant’s transfer of the financial obligation to a subsidiary of an insurance company.

When it comes to structured settlements, it is their confusion that is obvious. There is just no need for their confusion to be transferred to consumers.  That is why consumers should only seek advice from people with verifiable structured settlement or settlement planning credentials.  The execution of judgment is the act of getting an officer of the court to take possession of the property of a losing party in a lawsuit, called the judgment debtor, on behalf of the winner, called the judgment creditor, sell it and use the proceeds to pay the judgment. [ Source: US Legal]

As I've opined a number of times before, Annuity.org, is not a website that consumers can rely on for accurate information about structured settlements.  While Annuity.org ranks high in the search engine results, for 4 years it has done a disservice to consumers with shoddy research while serving to generate leads for a company or companies that are trying to get people who have structured settlements to sell them for pennies on the dollar.