Just how many investors were sold "secondary market annuities", which were are neither annuities nor insurance products, by various merchants now spending hundreds of thousands to protect their livelihood?

"There are 150+ investors, plus 5 affected firms that are fighting for payment rights that you legally purchased and we are all on this boat together experience the same or similar concerns and no one is more concerned than me. There is no way Somerset or any other firm could have predicted this". 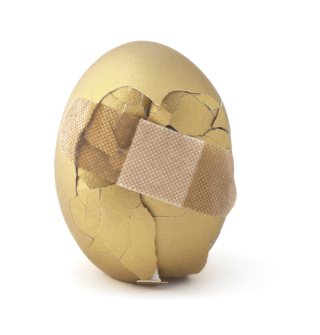 According to Somerset's email to investors "Somerset teamed up with 4 other groups who also had dealings with Access Funding to retain one of the top law firms and attorneys in Maryland Martin Himeles of Zuckman Spaeder https://www.zuckerman.com/people/martin-s-himeles-jr  to defend your payments. That said, as you can see from the update below the law firm is going a superb job and that comes as a price, e.g. Somerset’s portion of the bill is in the 100s of thousands of dollars"  . [ Source: Ibid.].  Note that Somerset has suspended sales of factored structured settlement payments streams for more than 2 years. It also no longer uses the a website secondary market annuities in its URL.

The transactional risk has always been there in factored structured settlement payment streams which is one reason why have been so persistent and passionate about exposing the risks and the misleading marketing to investors, to the chagrin of some of the merchants.  As Linda and Robert Wall found out, after being screwed beyond belief in a series of Third Circuit decisions, unrelated to the Access Funding scam,  what they invested in was not as advertised. They lost their entire investment thinking they were buying annuities when they didn't.

"After the Court of Special Appeals rules, whichever party loses may ask the Maryland Court of Appeals (Maryland’s highest court) to entertain a further appeal, a request that court may but is not required to grant. As a result, the appellate process may continue for quite some time. At the end of the day, if lower court’s ruling is reversed, that may affect the court’s summary judgment ruling dismissing the Attorney General’s claims against your right to receive payments. If the lower court’s ruling is affirmed, your payments should be secure, although it is impossible to rule out other efforts by the Attorney General to challenge the Circuit Court’s ruling in your favor.

Hamlin goes on to say "If this sounds complicated, that’s because it is. There are many procedural twists and turns that may occur in litigation of this nature, and I don’t understand all of them. What I can tell you is that as matters stand now, the claims challenging your payments have been dismissed, and unless the appellate courts reverse that decision, your payments are secure. Our counsel continues to monitor the proceedings and will do everything possible to defend the Circuit Court’s decision".  [ Source: Thomas Hamlin , Somerset Wealth Strategies  email to Investors April 16, 2019]

Ominous words..."Unless the appellate courts reverse that decision, your payments are secure"

Less than one week after Hamlin's April 16, 2019 email, the Maryland Court of Special Appeals reversed the trial court's summary judgment.

Access Funding, the Chevy Chase company that made millions of dollars from deals with victims of lead poisoning,  targeted an “entire generation of youth coming of age in Baltimore” with its deceptive practices, Maryland's Attorney General Brian E. Frosh alleges in a recent legal filing for a pending appeal.  How ever, even if the lawsuit filed by Attorney General Brian E. Frosh is successful, the amount of restitution those lead paint victims can receive is severely limited by a separate class-action claim.

The settlement of the class action lawsuit, brought by two of Access Funding’s former customers, entitles victims of the company to receive about $750,000 — about 4 percent of what Frosh’s office asserts they are owed, according to the Washington Post. Under the terms of the settlement, the victims “released” claims filed by Frosh’s office and the Consumer Financial Protection Bureau in 2016, meaning they cannot receive additional restitution.

The appeal is also affecting investors who were sold factored structured settlement payment streams from the same universe of cases using the scam label secondary market annuity. Payments to those investors have been suspended pending the outcome of the appeal. In November 2018, Barry Cooper, a Florida retiree has filed a FINRA claim against Somerset and several associated individuals over that investment. Cooper was due to begin receiving payments in January 2018 and has not received a penny.

Meanwhile Access Funding shut down in Fall 2015 and re-opened as Reliance Funding with many of the same cast of characters.

The Maryland Attorney General is appealing the lawsuit in the hopes that it will be able to win back money for the victims.

Access Funding bought structured settlement payment rights worth nearly $18 million from 100 Maryland residents between 2013 and 2015, according to an investigation launched by Maryland AG following blistering articles which appeared in The Washington post in August 2015. More than 70 percent of the residents were victims of childhood lead poisoning. Access Funding principals Lee Jundanian, Michael Borkowski and Raffi Boghosian were all named in the Maryland AG lawsuit.

A motion filed in January in connection with the Maryland AG Appeal describes emails obtained through discovery in the lawsuit make clear the lengths to which company executives went — in the words of Jundanian — to “truly ‘own’ the lead paint market in Baltimore.”

For two years, the company’s research department tried to identify “lead paint virgins” as part of what it called its “virgin research project,” the emails say. The aim was to find families or groups of people who had received settlements but had not yet sold them to another company.

The Post uses the example of twin siblings Tyree and Tyrell D., who are identified in court filings as victims of lead paint, sold 40 years of payments, which had a present value of $1.3 million, for about $300,000 in cash when they turned 18. This class action law suit settlement would pay them only $40,000 or about 4% of the future payments.  Access Funding had a limited amount of insurance coverage. Of the $1.1 million sought by the victims— about $330,000 of which went to legal fees — would come from Access Funding’s insurance. No money has been awarded pending Frosh’s appeal. The next hearing on the appeal will be held in March.

At the time Access Funding made the deals that are the focus of the lawsuits, Maryland law required the seller of the structured settlement to consult with an “independent professional adviser” before the agreement could be reviewed by a county judge.

Charles E. Smith, a corrupt Maryland lawyer who in my opinion deserves to be disbarred, oversaw the vast majority of Access Funding’s deals, claimed to provide “independent professional advice” to its customers. But he should have been disqualified from doing so because he was “engaged by,” “compensated by” and “affiliat[ed]” with Access Funding,” which paid him more than $50,000 from 2013 to 2015, Frosh’s lawsuit states.

In 2015, Smith denied he had business partnerships with any company in the structured settlement purchasing industry.” However, emails obtained through Frosh’s investigation show he regularly communicated with Access Funding’s staff members and bragged about how quickly he could get new customers to sign off on the paperwork necessary to move forward with the deals.

They sought ‘lead paint virgins’ and bought their settlements. It will be hard for those victims to get their money back. Washington Post  1/21/2019