In Crystal Linton, et al. v. Access Funding LLC, et al., Case No. 1398, September Term 2020, the Plaintiffs were victims of lead paint exposure who had obtained structured settlements and the resulting stream of payments, as part of the resolution of their tort claims. Sometime after that, Plaintiffs entered into Purchase and Sale Agreements to transfer their rights to those payment streams to Access Funding, a Bethesda Maryland company, whose successor in interest is Reliance Funding, for discounted lump sums.

The Defendants moved to compel arbitration in August 2016 based on the arbitration clause in the Purchase and Sale Agreements. Compelling arbitration in the case effectively would have allowed the Defendants to circumvent the court authorization process mandated by the Maryland Structured Settlement Protection Act.  The Maryland Court of Special Appeals found that the Plaintiffs' complaint sufficiently alleged grounds for revocation of arbitration agreement where the clause expressly conditioned the obligation to arbitrate on the “closing” of the transaction and where valid court authorization of the transfer was statutorily required for the transaction to close (CJ § 5-1102).

What is Structured Settlement Servicing?

Companies such as Happy State Bank  (a/k/a Goldstar Trust) and Security Title are some of the better known independent servicers in the space.

According to Access Funding's training manual "you essentially have the ability to hold that annuitant's annuity policy hostage. It is much harder for the annuitant to shop around because when a competitor requests a benefit's (sic) letter it would show that the annuitant's payments have been sold. Even if a competitor does  find out that Access Funding is servicing the payments, they will still need to go through the servicer to do that. Access Funding said it is huge, from a remarketing standpoint. Loyalty is low throughout the industry, so any advantage over the competition is HUGE. Anything they can do to significantly hinder the annuitant's ability to shop around on remarkets will lead to less competition and higher spreads. Do not sleep on this and price the deals accordingly".

"Some of you look at MetLife's  policy of having to purchase the entire payments as a hurdle. Turn lemons into lemonade and look at it as an opportunity to do bigger deals. Do you think that a MetLife policy is going to prevent some poor annuitant from selling payments?  Of course not! They are just going to be forced to do a bigger deal"  said Access in its training manual.

"John Hancock policies almost always come with  a COLA. This was significant for Access to point out to its employees because this allows you to sign higher spreads because the average annuitant doesn't appreciate the value of COLA's (sic). Remember they are shortsighted" 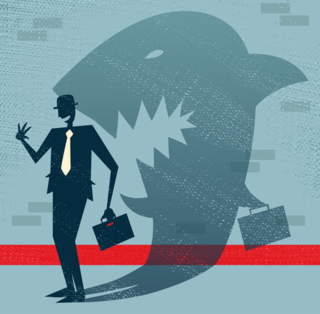 NSSTA has responded to misleading correspondence from cash now pusher Access Funding LLC of 6900 Wisconsin Ave.  Chevy Chase Maryland, with a swift rebuke from NSSTA lawyers that I anticipated in my September 23, 2014 post. NSSTA alleges that "Access Funding sent letters using NSSTA's trademarks to suggest that Access Funding is a member of NSSTA when writing about the Company's services, which the letter implies are offered in combination with or  are endorsed by NSSTA". These statements are considered false and misleading.

If consumers have any questions regarding materials that reference NSSTA from anyone other than the National Structured Settlements Trade Association please contact an NSSTA member or NSSTA as soon as possible.  Membership can be verified, using the "find a member" function in the membership section at  www.nssta.com