« The Structured Settlement Agreement Process | Annuity.Org Doesn't Get It Quite Right, As Usual | Main | Annuity Casher | "You Can Still 'Generate' Money" With Now Not Later Move »

Secondary Annuity Market | Annuity.Org Blows It Again. But Why?

Let's get started with the latest episode of "What's Wrong Wit Dat?"

Kicking off today's episode, one wonders how Annuity.org claims to have 15+ "Certified Financial Reviewers", yet missed the momentous news that New Hampshire Structured Settlement 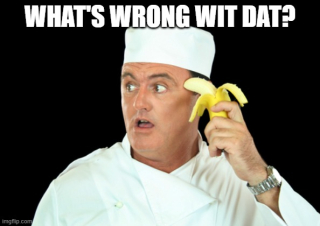 Protection Act, passed August 11, 2021, making it 50 States and District of Columbia that had Structured Settlement Protection Acts. The historic news was reported by Faegre Drinker Biddle & Reath's Nicole J. Wixted and Sandra K. Jones, on August 12, 2021. Yet 13 months later, on September 7, 2022, Annuity.org's staff writer, her editor and highly credentialed Financial Reviewer" missed the achievement, 20 years in the making, stating only 49 States and District of Columbia has SSPAs. The Annuity.org staff writer who has previously cited from the NSSTA, the structured settlement industry's largest and oldest trade association, would've also been able to learn the news of the historic achievement from NSSTA's website. And now folks, if this were a latter day circus, here's where the bears ride out on their unicycles,

How can Annuity.org, a "partner" to two factoring companies bollox this thing up so bad?

"A secondary market annuity, or SMA, refers to a transaction in which the owner of an annuity, a structured settlement or lottery winnings chooses to sell his or her payments to a factoring company for an immediate lump-sum payout, often, at a discounted rate", says Alanna Ritchie.

How the Women's Business Center Gets Secondary Market Annuities and Structured Settlements Inaccurate?

1. They say "While it's common for inherited annuities to end up being sold in the secondary market, it's even more common for annuities that were awarded or won as structured settlements to find their way there".

3. "The majority of secondary market annuities come from structured settlements. In most cases, people who own the annuities either don't want to wait for the smaller payments each month, or, they need a larger amount of money. This is most often true with medical malpractice and personal injury cases. Medical bills, insurance payments and other bills that may not have been paid, now need to be. The owner of the structured settlement can sell the payments on the open market and be able to take the entire amount of cash".  Source: Annuity.org 12/2/2022

"Within only a few decades of its creation, the secondary annuity market developed into a large, competitive and regulated industry. The market developed when laws were enacted permitting annuity owners the option to receive a portion or all of their earnings immediately rather than waiting months or years for a full disbursement"

Unfortunately there is a continuing legacy of abusive sales practices in the structured settlement secondary market that Annuity.org chooses to selectively ignore with their statement. The secondary annuity market is horribly under regulated and until recent years, there have been little to no consequences to bad actors.

How many other financial services segments have virtually no regulation of sales practices of its individual participants and companies?  It took a blistering expose in the Washington Post to expose the Access Funding scam of Baltimore lead paint victims with structured settlements that led to fast track of reforms in Maryland. It took 7 years, but Raffi Boghosian an officer of the now defunct company and its successor Reliance Funding, was recently convicted in an action brought by the Maryland Attorney General.  See Boghosian convicted.

There is a long way to go but progress is being made.