CrowFly, the John T. Bair principally owned structured settlement factoring origination and servicing company has played its swansong , the fat lady has sung and the curtain has come down, according to well placed sources. familiar with the situation. 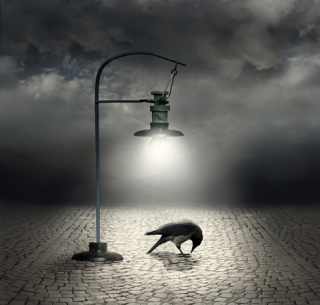 CrowFly has played its swan song

On August 25, 2022, the majority owner John T. Bair finally issued a statement "“After four years, and over a million in individual investment from me, achieving the goal of fundamentally changing the industry for the better became unviable,” Bair said"., in a post by Dan Miner of Buffalo Business First. It was unclear from the quote attribiuted to Bair if that " over a million" was before, or after, any fees earned on the sale of structured settlement payment rights from annuitants that Bair wrote while with Forge Consulting and Milestone Consulting? It's certainly reasonable to ask.

CrowFly was billed as a "Fintech", part of a suite of companies in marketing materials, under the Milestone & Co umbrella  (formerly Seventh Amendment Holdings, LLC).  It really doesn't matter what they called it, there was an admission for anyone paying attention that CrowFly was a structured settlement factoring origination and servicing company.

For 4 years The Structured Settlement Watchdog, raised the natural question of whether CrowFly and other Bair associate entities targeted and mined Bair's primary market customers with structured settlement payments for structured settlement factoring.  Bair maintains however that CrowFly is a separate company despite the admission in a MIlestone Wealth's Form ADV Part 2 dated March 16, 2022 that Bair was the principal owner before the recent shuttering of the company. He also admitted in October 2018 using "we" from his Milestone email address that he was "the only primary market as well as secondary market origination firm that he knew of".

Carl Hunley Jr., a very talented artist, was commissioned to do a brand refresh for Seventh Amendment Holdings, LLC and various companies under its umbrella in 2020. As you can see from this March 28, 2020 posting on Behance, CrowFly was notably absent. I wonder why? CrowFly was in existence since 2017 and operating out of the same office.

Rising interest rates hurt structured settlement factoring originators like CrowFly. They cannot afford to get the pricing wrong on the originations, because if interest rates move up and they've priced too low to be competive, they may not be able to move the paper to investors. For example if CrowFly priced a deal at 4% and alternative investments are now paying greater than 4%, where is the room for CrowFly's margin and transaction costs?  Same thing goes for other companies. The situation grew dire for a number of firms when Sutton Park Capital, a funder of funders, reportedly turned off its funding spigot. A similar phenomenon occurred during the 2008-2009 financial crisis.  Then there were fewer splinter factions and small potatoes.

My condolences to CrowFly employees, some who find themselves out of work. It was only April 2022 when things were brimming with optimism and the company was hiring, growing to as many as 11 employees  (per Buffalo Business First]