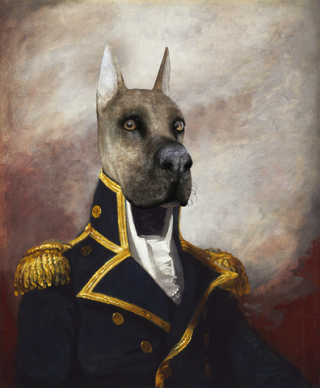 In 2005, John T. Bair was President and CEO of Forge Consulting, LLC. In one full page ad in the middle 2000s that was published in a state trial lawyers' publication which emphasized how much money his firm gave to the American Trial Lawyers Association (now AAJ), it's notable that buried in the ad is the statement that " Structured settlements provide the security that no lump sum can".

Astounding and notable is the "spaghetti junction" of related parties and no independent professional advice: 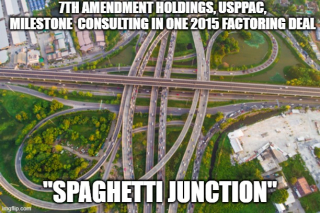 Can the Proceeds of a Structured Settlement Factoring Transaction be Used for a New Tax-Free Payment Stream?

From a tax perspective, this shouldn't affect the Payee. The payments received will still be made on the account of the physical injury. See IRS PLR  200918001.

The above doesn't matter if United States Periodic Payment Assignment Company (USPPAC) was a foreign assignment company, But is it?  It's a Domestic Limited Liability Company in the State of Delaware, according to Milestone's own marketing materials.

At the time of the Petition Bair had been in the structured settlement field for an estimated 17 years, yet the Petition includes the statement that 26 USC Section 103 is relevant to Met Life's responsibility to make payments provided for under the structured settlement that Seventh Amendment was seeking to purchase. [ Virgilio Petition #8] I happen to know that Bair is a pretty good golfer and won a longest drive contest or two, so it would not be apt to say it is "par for the course" but the fact remains that 26 U.S. Code § 103 refers to Interest on State and local bonds and is irrelevant as neither state and local bonds is an annuity or a serviced factored structured settlement payment right or a qualified funding asset.

To the extent that Virgilio's replacement payments are funded with factored structured settlement receivables (other people's structured settlement payments), he may not have any protection in the event the annuity issuer goes insolvent.  37 states, including Virgilio's resident state of Illinois leave investors S.O.L. in the event of insolvency following the state's adoption of the 2017 Revisions to the LIfe & Health Guaranty Association Model Act (#520).  There's no grandfathering, the changes are retroactive upon the effective date of adoption by the state.

Who is Seventh Amendment Holdings, LLC

Before it was renamed recently, Seventh Amendment Holdings (SAH) was self-described" in MIlestone promotional materials as a suite of companies designed to provide guidance and support to plaintiffs and attorneys before, during, and after litigation". Through a range of entities that include a 501(c)(3) nonprofit organization, a settlement planning and consulting firm, a wealth management firm, and a financial tech start-up, SAH has said it is deeply committed to finding and providing the best financial solutions for individuals and families dealing with tragedy.  Seventh Amendment Holdings LLC is a limited liability company (LLC) located at 737 Main St Ste 100 in Buffalo, New York   Source: Cision Press Release attributed to Milestone October 21, 2021. Seventh Amendment Holdings, LLC was renamed Milestone & Co, Inc, effective April 1, 2022.  Source: Open Corporates  [ OpenGovus says the renaming was January 11, 2022, but who's counting?]

The Investment Adviser Public Disclosure for Milestone Wealth, LLC  (f/k/a Monolith Advisors), states it is a registered investment adviser based in Buffalo, NY.  Milestone has been offering advisory services since 2013. Milestone & Co., LLC is the sole owner of the firm. John Theodore Bair  (John T. Bair) is the President and Chief Compliance Officer of the firm and the primary owner of Milestone & Co., LLC, according to the firm's most recent Form ADV Part 2, filed in March 2022.  Source: Investment AFdviser Public Disclosure  (IAPD)

Bair is the majority owner of CrowFly, LLC according to the March 16, 2022 update of the Milestone Wealth Form Adv Part 2. [ Note added 10/14/2022 : In a late August 2022 Buffalo Business First article about the shuttering of CrowFly, Bair bemoaned the amount of money he plowed into the CrowFly until it reached the point where it had become unviable].

In addition to his responsibilities at Milestone, Wealth John T. Bair is the President and Chief Executive Officer of Milestone Consulting, LLC (“Milestone”), a consulting firm and insurance agency located in Buffalo, New York. A part of its services, Milestone provides clients with consultations regarding the appropriate investment options for court settlements resulting from personal injury and wrongful death lawsuits. Mr. Bair devotes approximately 60% of his time to his activities at Milestone and is directly compensated as an officer and employee of Milestone for his services.  Ibid.

John T. Bair is the Managing Member and a principal owner Crowfly, LLC a structured settlement transfer of payments originator and servicer of court approved structured settlement transfers. Crowfly, LLC has developed an online platform directly connecting the sellers of annuities with qualified buyers. Occasionally, a seller of an annuity may invest the proceeds of the sale with Milestone. Additionally, in some instances, when a Milestone client is in need of a more secure income stream, Milestone may recommend an annuity that is listed through CrowFly to the client.  Bair/Milestone admits in the Form ADV part 2, that these activities trigger a conflict of interest because Crowfly receives compensation for the transaction. Clients to whom the firm offers advisory services are informed that they are under no obligation to purchase annuities from Crowfly, LLC and may use the annuity brokerage firm of their choice. Client should also note that annuity guarantees are subject to the claims-paying ability of the issuing insurance company.  Ibid.

The only thing is that factored structured settlement payments treams offered by CrowFly are not annuities. For example, under New York law, where Milestone & Co  (Seventh Amendment Holdings) and CrowFly's main office is, "an annuity is a contract between a purchaser and an insurance company in which the purchaser agrees to make a lump sum payment or series of payments in return for regular disbursements, beginning either immediately (within 12 months) or at some future date"  Source:  New York Department of Financial Services"