Another Attempt to Vanish from Google Materials About Attempts to Vanish Materials?  That's quite a mouthful, but it leads to an important topic for individuals and companies that publish quality content on the Internet. 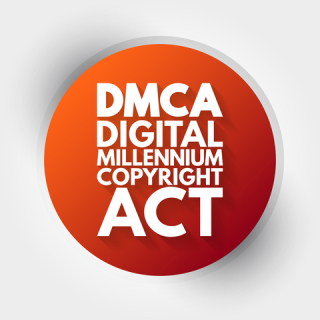 parts of the relationship between copyright and the internet. The first main update and most relevant to our space is was establishing protections for online service providers in certain situations if their users engage in copyright infringement, including by creating the notice-and-takedown system, which allows copyright owners to inform online service providers about infringing material so it can be taken down. Some believe that the DMCA has its limitations.

In Anatomy of a Bogus DMCA Scam Run by a Plagiarizing Website, Timothy Geigner writes "the fact is that DMCAing content on the internet requires so little in the way of verification that there is any true ownership of the content rights in question that bogus DMCA takedowns are the norm, not the exception. And, given how little consequence comes along with issuing a bogus DMCA notice, bad actors are practically encouraged to perform this sort of chicanery".   Source: Timothy Geigner, Techdirt April 30, 2021

On May 5, 2022, UCLA Law Professor Eugene Volokh, author of the Volokh Conspiracy blog and a champion of the First Amendment,  posted "Some years ago, Paul Alan Levy (Public Citizen) and I wrote extensively about "Dozens of suspicious court cases, with missing defendants, aim at getting web pages taken down or deindexed." (Deindexing means hiding from Google search results.) Eventually, a federal court concluded there was "fraud on the Court" in one of the cases (Smith v. Garcia); Richart Ruddie, who ran several "reputation management companies" (including at least RIR1984 LLC and SEO Profile Defender Network LLC) agreed to pay $71,000 in sanctions".

Richart Ruddie's Textbook Frauds were Cited an incredible 18 Times in a 2021 Utah Law Review article published by Professor Volokh,  that I reviewed. An earlier draft of the law review article was also reviewed by me and published in February 2020. We believed our original work was plagiarized and published on another site that had no other articles on the same subject as part of a scheme similar to what is described in this article. In March 2021 a brazen and bogus DMCA takedown was attempted to try to suppress our voice, which we successfully contested.  The affected posts included the one about Richart Ruddie's "textbook frauds" in the name of repuation management, and another post, a 2015 post (having to do with a lawsuit against Richart Ruddie and others that the cocksure Ruddie once bragged about to sell his reputation management company's services). In addition, we discovered 50 other posts of ours published between November 2012 and 2016, that were plagiarized, all of which had to do with reported matters concerning Richart Ruddie, Richart Ruddie Annuity, Einstein Structured Settlements, AnnuitySold and/or his associates.

On May 22, 2017, Professor Volokh submitted an Amicus Curiae brief on behalf of Yelp, Inc., in a California matter which cited Richart Ruddie's reputation management fraud in Smith v Garcia and other cases, all still publicly available on the Internet.  See Dawn L. Hassel & Hassel Law Group PC v Ava Bird, Defendant and Yelp, Inc.  Appellant  Superior Court of the State of California May 22, 2017

Richart Ruddie (at various times self-identifying as an "insurance product" ("Richart Ruddie Annuity") and ("Richart Roddie Annuity"). We're unable to verify an insurance license or registration for the chap, yet there is a proliferation of SEO meta data that states "his annuity fame is getting higher".  It doesn't make much sense. Other aliases we've discovered include "Chart Ruddie", "Rich Ru", " Derek Ruddie", "Chart0911", " Richart Ruddie Ft Lauderdale", "Richart Ruddie Stanford"), has been referred to as the Ray Donovan of his space (Munich Eye 2/24/2021). Ray Donovan, was an American crime drama series about "a professional "fixer" for the rich and famous in Los Angeles, can make anyone's problems disappear except those created by his own family". The Showtime series ran from 2013-2020.

On May 13, 2022, I received another bogus DMCA takedown, similar to what Professor Volokh received, which revealed more plagiarized content lifted from yet another one of our blog posts, this one concerning Richart Ruddie being sanctioned in the Smith v Garcia Rhode Island matter. The plagiarism of our work was backdated to mislead. Needless to say, we filed a legitimate DMCA notice and the plagiarism of our original work concerning Ruddie's documented fraud, has been removed.

It seems ludicrous that someone with a reputation management company like Richart Ruddie, would have directly or indirectly engaged in the conduct cited so many times by Professor Volokh, deemed by Professor Volokh to notorious enough to be cited in a Utah Law Review article, other shenanigans previously splashed across the pages of the Washington Post. But then again Richart Ruddie was associated with JRR Funding (along with high school chum Ryan Blank- who was also involved in RIR 1984 LLC), a company banned from doing business in Maryland for 7 years from January 2018, for fraudulent conduct. It may be helpful to read the Maryland Attorney General Press Release issued January 8, 2018 to get a good idea of some of the fraudulent conduct involved.

In a September 27, 2021 article by Carlo Hernandez in the Above the Law blog, Hernandez states that "in some cases Ruddie has direct contacts with complaint sites that he says are extortion rackets but he pays them and they delete and remove complaints and other search results that are not favorable".