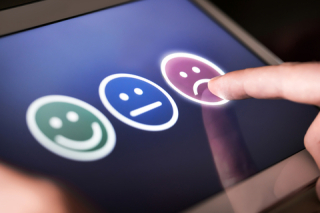 Client First unresponsive to clients who are missing payment

to them by Client First Settlement Funding, just from Symetra!

As I wrote May 19, 2022, structured settlement factoring company Client First Funding is shown as permanently closed

Its CEO, Burt Kroner is mired in an appeal over a $24.7M tax hit from the IRS. After Kroner did not return calls by its client to the number provided by Brian Dear, General Counsel to NASP, I provided the name and contact information to Kroner's attorney found in Court filed documents related to Kroner's tax case. The investor in question spoke to Kroner's attorney but all he has received from Kroner is zilch.

Apparently, Client First is supposed to provide the proof that the measuring life (original annuitant) is living to Symetra, and has not done so in order for the investor to receive the life contingent payment. Apparently other Client First originated investors in structured settlement payment rights are in same boat.

I guess its Burt First and Client Second. A far cry from the Burt Kroner who contacted me when he founded Client First and told me he wanted to do things right and stay out of this blog.

That was before the Diaz case (where Client First got a 29-year-old unemployable father of 2 toddlers to sell his $60,000/year income lifeline (with 3% COLA) from Allstate, for under $600,000), at a discount rate worse than Allstate's AFEN rate, so he could invest the proceeds with Jeff Eglow at "8%" in 2013.

Client First provided projections to prospective sellers even though they did not have a securities license. Kroner's attorney tried to bully me into a confidentiality agreement as a non-party in an attempt to cover up the bullshit. In the end the Court Order was vacated, Client First was made whole and the annuitant got his structure back after the transfer order was vacated, the structure that never should have been targeted for factoring given the person's profile.  Thankfully there was a Structured Settlement Watchdog for Mr. Diaz to call.