Today we go round the world in colored squares. Red Square is in Moscow and there you have St. Basil's Cathedral. Green Square is fast becoming Sydney Australia's most exciting cosmopolitan playground. Yellow Square is a hostel in Rome.  Brown Square is a small green space in downtown Newburyport, Massachusetts. Blue Square is a hotel in Amsterdam

Blue Square Amsterdam            Brown Square Newburyport, MA
And you can dream big, by betting on black.  But oh dear, in Coral Springs Florida that only means "pennies on the dollar". Black Square Financial is a Coral Springs Florida company that features a great example of predatory advertising. Black Square Financial buys structured settlement payment rights at a discount and the most they can give you is pennies on the dollar, so you only get a fraction of what your asset is worth.
Black Square Financial falsely represents to structured settlement annuitants that "you can take control of your policy".  That's a Prime Fib, with a loaded "faked potato" and "frazzled bunyans".  How can you control something that you don't own? 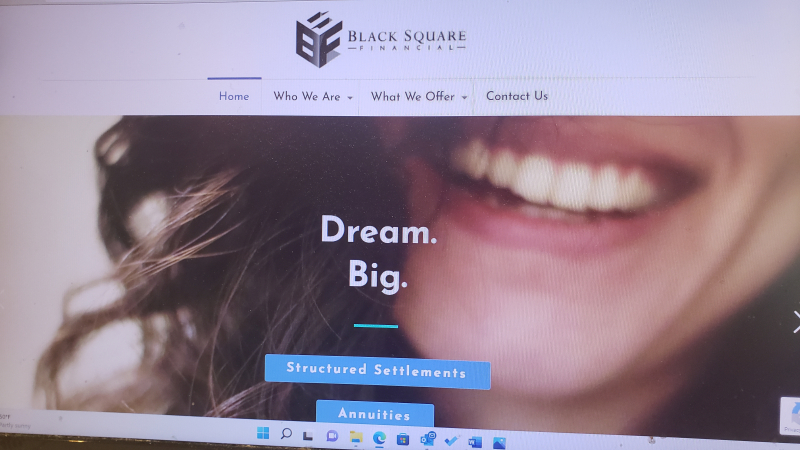 To give a window to my serious concerns, read my May 10, 2020 blog, wherein I reported about an absolutely horrible Texas case that Jarrod Freeborn, one of the co-founders of Black Square Financial was involved with. It has to be one of the worst cases of predation I've reported about.  See FL Company Preyed on Mentally Disabled Man's Structure and Caused Alleged Loss of Government Benefits

To say the least, from the Court record, Jarrod Freeborn's role in communicating with M.H., a mentally disabled man, with the severity of afflictions described therein and partially reproduced below, was absolutely shocking. Read the blog, Read the court decision and then ask yourself, what kind of judgment did/does Freeborn have to proceed with communicating with a person afflicted in such a way?  If you were Freeborn and you had this information, would you proceed or back off, like another factoring company did?

M.H., was described in the court record as (among other things)

"Freeborn was described by Fairlawn as being an “independent sales contractor” responsible for arranging for the sale of M.H.’s annuity; it was Freeborn who communicated with M.H. on Fairlawn’s behalf. CR 1047. However, the question of who Freeborn worked for exactly is not entirely clear: according to Freeborn, it was not Fairlawn that provided him with the “leads” about people who might have an annuity to sell, but rather Rising Capital, another of Ferrante’s entities. CR 1262 (26:5-28:13. In fact, the comings and goings of the various companies Ferrante and other defendants formed, used, rearranged and then dissolved confused even Freeborn, who worked for them". Compare CR 1260 (19:14-21:5 (“Rising Capital as the company involved in the M.H. deal) with CR 1263 1(31:1-31 (Freeborn unfamiliar with the name of Fairlawn; he excused his unfamiliarity by saying “We used a lot of different entities”).

Disclaimer: The use of any marks herein does not suggest any sponsorship, affiliation or relationship with owners of such marks. Any marks that may appear in commentary are in the context of fair use to discuss newsworthy topics presented herein.