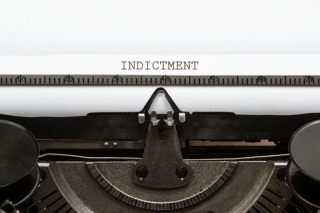 The charges filed today relate to Access Funding’s acquisition of structured settlement payment rights valued at over $21 million belonging to 95 individuals. In exchange for their payment rights, Access Funding gave the owners a total of less than $7 million, significantly less than the actual value of the payment rights. “The operators of Access Funding allegedly preyed upon victims of lead paint poisoning to secure the rights to their structured settlements for a fraction of the actual value,” said Attorney General Brian Frosh. “These settlements are often a lifeline that provides victims with long-term
support for their injuries. Here, we are charging Raffi Boghosian, Charles Smith, and Anuj Sud with depriving the victims of their vital lifelines.”

Many of the Access deals were peddled to investors including retirees as secondary market annuities through tertiary market companies.

Boghosian, Smith, and Sud are alleged to have prevented the 95 payment rights owners from receiving the independent professional advice that is a legal prerequisite for the transfer of structured settlement payment rights in Maryland. They are also alleged to have made or caused to be made false statements regarding the owners’ receipt of independent professional advice to induce a court to order the transfer of the owners’ payment rights. The defendants’ arraignments will be set in Baltimore City Circuit Court.

A criminal indictment is merely an accusation of wrongdoing, and a defendant is presumed innocent until the State proves the defendant guilty beyond a reasonable doubt.

Boghosian is Executive Vice President of Reliance Funding, the successor in interest to Access Funding. Boghosian makes no mention of Access Funding on his LinkedIn profile when we retrieved it on December 21, 2021.

In 2018 Anuj Sud was sentenced to two years in prison and ordered to pay a $50,000 fine after he pleaded guilty in a scheme to accept bribes for votes while he was liquor commissioner for Prince George's County.  According to the Maryland Bar, Anuj Sud is disbarred.