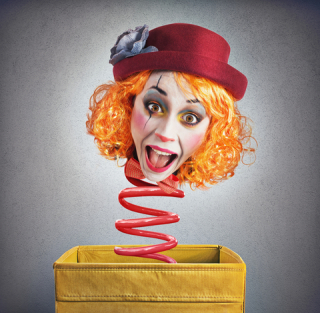 Under the big top of the Access Funding Sales Manual

statement that structured settlements are paid by AAA rated insurance companies.  The statement is and was false.

At no time in 2015 was MetLife, Allstate, AIG, Prudential, Pac Life, , Hartford, Symetra, Transamerica, Liberty, Monumental, Genworth rated AAA.  The Access Funding statement about Genworth was an out and out clown show. In November 2015, Fitch Ratings had pegged Genworth at BBB with an Outlook of Negative, the ratings having previously been downgraded in 2014, according to a November 6, 2014 press release.

This Access Funding Sales Manual was obtained from legal filings against Access Funding, Lee Jundanian, Michael Borkowski et al,. brought by the Consumer Financial Protection Bureau in Maryland Federal Court. A downloadable version can be found on Pacer.gov or in the recently published Star Tribune article on the structured settlement secondary market.