Claimant's Rights to Structured Settlement Payments is a standard clause in a typical Settlement Agreement and Release executed at time of settlement and  is a critical part of any settlement where a structured settlement is established. The clause often includes language like this:

"The Claimant...shall have no rights or control over the period payments. The Claimant shall not be able to ACCELERATE, DEFER, INCREASE OR DECREASE the periodic payments and shall not have the power to sell, mortgage, anticipate or encumber these payments, or any part thereof, by assignment or otherwise. No part of the above periodic payments or any assets of the Insurer are to be subject to execution or any legal process for any obligation of the Claimant".

Does "Power Language" in a Structured Settlement Agreement Really Mean Anything?

Plaintiffs argue the " power language" provision is a bargained-for safeguard to protect the settlements of vulnerable tort victims. The benefits of such language are clear: if the annuitant has no authority to access or transfer the payments, the settlement is safe from creditors. It also prevents annuitants from unwisely spending settlement proceeds. 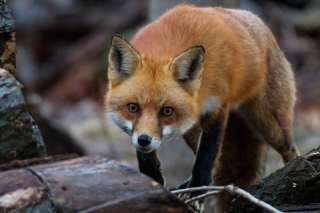 Plaintiffs allege the existence of a fiduciary relationship in fact: Symetra formed a fiduciary duty with class members when it issued an SSA to fund periodic payments arising out of the settlements. (Amended Complaint at ¶¶ 188–96.) The annuity had one purpose, which was to fund the long-term payments of class members. Plaintiffs also allege Symetra obtained significant personal information about class members, including injury details and medical history, which it used to determine the cost of the SSA and to structure payments in a way to provide income and care for class members. They also allege Symetra occupied a position of superior knowledge and that class members justifiably placed their trust in Symetra to manage their payments. With respect to SABSCO, Plaintiffs allege fiduciary duty for essentially the same reasons, because SABSCO took on the legal obligation from the original defendant to make  lifetime payments.

The existence of a fiduciary duty is quintessentially an issue of fact. Construing the facts in favor of Plaintiffs, class members would have justifiably expected that their interests would be cared for by Symetra and SABSCO, as both entities had direct roles in administering ongoing funding and care under the terms of their underlying settlements.

Court Construes for Plaintiffs on Conspiracy

Defendants argued the claim for civil conspiracy should be dismissed because Plaintiffs fail to allege unlawful conduct or unlawful means to accomplish lawful conduct. (Dkt. No. 31 at 29.) However, the Court countered that Plaintiffs have alleged such conduct. (Am. Compl. at ¶¶ 234–39.) They also alleged mail and wire fraud as predicate acts under RICO.

Defendants argue the plaintiffs' claim for unjust enrichment should be dismissed because Plaintiffs received what they bargained for—the lump-sum payment—in exchange for their payment rights. (Dkt. No. 31 at 29.) But the Court countered that it is the validity of those contractual arrangements that is part of what is at issue here

The Court here construed that Plaintiffs are not asking this Court to “review and reject” the state-court judgments. Plaintiffs here seek damages for the harms and statutory violations alleged, not an order invalidating the state-court proceedings. See Cordero v. Transamerica Annuity Serv. Corp., 452 F. Supp. 3d 1292, 1300 (S.D. Fla. 2020) (claim not barred by Rooker-Feldman because it “plausibly challenges [annuity issuer’s] course of conduct related to the approval of the transfers, which [plaintiff] alleges amounts to fraud. [Plaintiff] does not challenge the propriety of the state court final orders that authorized them.”).

In sum, Rooker-Feldman does not apply to this proceeding because Plaintiffs are not state-court losers, they raise claims independent of the state-court proceedings, and they do not ask the Court to review and reject the state-court judgments. To the extent the state-court proceedings pose barriers to Plaintiffs’ claims, those issues are not jurisdictional. Rooker-Feldman does not prevent a district court from exercising subject-matter jurisdiction simply because a party attempts to litigate in federal court a matter previously litigated in state court. If a federal plaintiff presents some independent claim, albeit one that denies a legal conclusion that a state court has reached in a case to which he was a party..., then there is jurisdiction and state law determines whether the defendant prevails under principles of preclusion.

Defendants argued the proposed class would be overwhelmed by individualized issues such as the reasons class members agreed to the transfers at issue, the state-court proceedings, applicable state law in multiple states, and the specific terms of underlying settlements and later transactions for lump-sum payments. However, the proposed class does not necessarily touch on these individualized issues. Plaintiffs’ claims center on alleged violations that preceded state-court approvals. In particular, Plaintiffs allege Symetra had a duty to its annuitants that it violated by misusing confidential information and using its affiliate SABSCO to induce class members into selling their payment rights to offload its own payment obligations. At this stage, the evidentiary record is insufficient to decide class certification on these issues. Therefore, the Court DENIES Defendants’ motion to strike the class allegations.