"Can Tort Victims Who Need Income Fix the Structured Settlement Industry?" was an article authored by the co-founder of CrowFly, LLC of Buffalo, New York 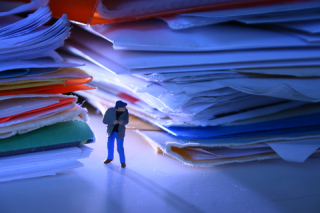 and published November 25, 2020. Less than two weeks later the CrowFly post was completely plagiarized and published on a website located at MyStructuredSettlement.Net, with authorship attributed to Saul Meschach.  The plagiarized article by Mystructuredsettlement.net also has 98 purported comments, which appear to be spam and intentionally designed to deceive structured settlement consumers.

Not only did Mystructuredsettlment.net plagiarize the original work of CrowFly, but it is evident that dishonest means were used to promote the stolen content.

1.Game set and match on the scam is a purported comment dated April 27, 2021 at 7:27am from " Adano Carter" whose alleged comment was:

"Very good information on structured settlement. Lucky me I discovered your site by chance (stumbleupon). I have book marked it for later!"

Stumbleupon was a social bookmarking and rating website and advertising engine that shut down in June 30,  2018, almost 2 years and 6 months before the plagiarized article was published on mystructuredsettlement.net and 2 years and 5 months before the original work was published by CrowFly on Legal Examiner. [see Stumble Upon, the addictive internet tool made by an Uber cofounder who brought you random sites, is folding  Business Insider  May 24, 2018

2. Another purported commenter purportedly makes a public comment that starts off with " Between us speaking..."

The phone number 619-363-3050 is answered by "Ian Matthews Annuity Service Department" and MyStructuredSettlement.Net claims that it has purchased over $1.2 billion in structured settlements, annuities and lottery receivables in its FAQ.  Coincidentally Novation Settlement Solutions advertises the same $1.2 billion number on its website. .