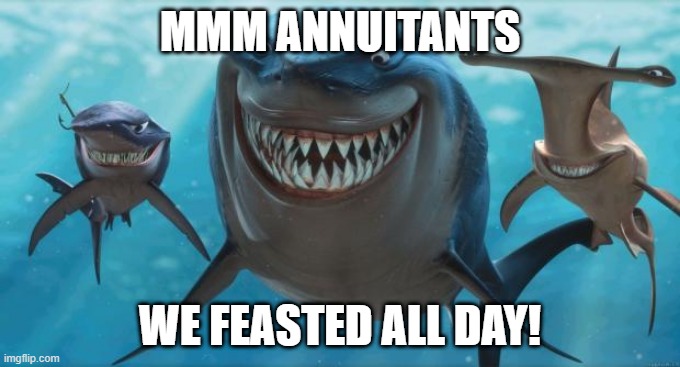 Some structured settlement purchasers prey on legal but unsophisticated wide eyed young adults with "bull shark" sales pitches that involve pairing a purchaser of structured settlement payment rights and an investment adviser. In one matter I recently learned of, a young adult is being pitched to sell $2,000,000 in payments for $500,000 and some investment adviser purports to be able to turn those pennies on the dollar into $5,000,000.

Before you get bamboozled into a pennies on the dollar disaster consider the following:

The S&P 500, as an index, is a statistical measure of the performance of America’s 500 largest stocks. In this context, the S&P 500 is a common benchmark against which portfolio performance can be evaluated. According to Motley Fool, "when it comes to the major U.S. stock indexes, none is more highly regarded as a barometer of the overall stock market’s performance and an indicator of how large corporations are performing than the S&P 500 index".

So, if we use the 7.47% for an example and plug that into a compound interest calculator, along with the $500,000 proceeds from the recent proposed sale for 20 years, the calculator shows that you could accumulate $2,112.102 over 20 years, not taking into account federal, state and possibly local income taxes that might be due over the time period. So under that scenario the person might end up with less after taxes while exposing themselves to more risk.

What is really nuts, in my opinion is when structured settlement factoring companies pair with a investment advisor and project "from the moon" investment assumptions.

Cedric Thomas, a then young person of color victimized by 365 Advance/Novation Funding. Had a nice six figure  income tax free "salary" from his AIG structured settlement before being taken by 365 Advance/Novation in October 2015 for a $1.5 million profit spread, bearing a disgusting 15.24% effective discount rate  The money was spent on money losing properties and a Maserati.

'Michael Monagan, almost a victim of a pennies on the dollar to investment scheme where the financial adviser projected 12%, without taking into account taxes.