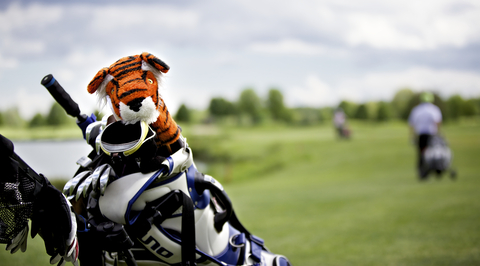 under the Structured Settlement Protection Act and transfer that role to Mr. Eglow, who is not bound by the statutory and precedential standards*. The Court cannot abdicate its responsibility and thus denies the Petition"

*In showing that judicial wit is not dead, Judge Murphy buffaloed the petitioner with a footnote "When the Nobel Prize winner Robert Zimmerman, a/k/a Bob Dylan wrote, 'Ease my money crisis now I need something to support me And only you know how, 'he may have been thinking of the SSPA, not a financial investment firm".

Court Was Not Impressed With Use of Funds From Prior Transactions

Disclosure of prior transactions is important information for a judge to have in their review of structured settlement transfers.  My readers have seen from my report of the Barber case where an alleged lack of disclosures of prior transactions by a company controlled by the President of NASP, began the financial rape of a structured settlement of a Pennsylvania minor starting from when he was only 10.

in the six page decision in the Monagan case, Judge Murphy noted that in addition to receiving $500,000 in June 2017, the would be seller was to begin receiving almost $6,000 per month beginning in July 2017. That money, almost $72,000 per year, is not, as far as the Court is aware taxable. It is inconceivable to the Court that the would be seller was not able to live comfortably on that amount, yet shortly thereafter, he received payment of $115,0000 from a different petition. Subsequently the monthly amount received from the structured settlement was reduced accordingly.

Judge Murphy was not impressed or assuaged with submissions by Jeffrey Lewis Eglow, a Boca Raton financial adviser, which projected lofty returns and, as I wrote in a prior post, failed to take into account taxes. To wit "Although Mr. Eglow has provided information substantiating that an investment of the proceeds of the structured settlement transfer will result in a greater monthly income stream at this time, there is no guarantee of that income stream, unlike the monthly annuity payments that Mr. Monagan now receives. but more importantly neither Mr. Eglow nor Mr. Monagan have adequately addressed the issue of liquidity. Mr. Monagan's history of financial mismanagement strongly suggests that allowing him unfettered access to almost $900,000 would defeat the purpose of the SSPA and would not be his best interest.

Obviously, if Mr. Monagan experiences an emergency or unforeseen or uncontemplated hardship , he is free to seek the transfer of funds with court apporval, as he has done previously"

Terrence Taylor Disaster Would Not Have Happened in New York

Portsmouth Circuit Court has been a notorious structured settlement factoring hellhole for annuitants.  Somehow 10 transactions were approved for annuitant Terrence Taylor in less than 2 years, most of them by now retired judge Dean Sword, in what could be described as one of the low lights of his career. It should be clear to anyone with a pulse, that had Judge Sword had made a modicum of effort to question so many transfers in a short space of time, like Judge Murphy has with just one or two in the Monagan case, then a stable financial life might have been saved.   Ironically, according to the Taylor Complaint, Jeffrey Lewis Eglow was pitched as financial adviser to Taylor by the Bexhill (Client First) representative.