Can a Structured Settlement Established Pursuant to Canada Law Be Factored in Florida if the Payee Now Lives in USA?

What Does Canadian Law Say About Structured Settlements? 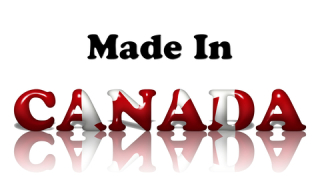 If it's made in Canada the structured settlement cannot be factored

Canadian tax law expressly requires that all structured settlements must:

• Arise in respect of a claim for damages related to personal injury or death;
• Be funded by a single premium annuity that is non-assignable, non-commutable, non­transferable; and
• Payments must be irrevocably directed to the payee of the annuity. (See Hunks v. Hunks, 2017 ONCA 247, at paras. 51-53, also Canada Revenue Agency Interpretive Bulletin 365R2)

On January 14, 2021, Sun Life Assurance Company of Canada (the annuity issuer) and Sun Life Insurance (Canada) Limited  (obligor), jointly referred to as Sun Life, pursuant to Florida Rule of Civil Procedure l .540(b ), filed a motion for relief from and to vacate the final order of this Court dated December 15, 2020, and titled Final Order Approving Transfer. Sun Life alleges that the final order is void and of no effect on Sun Life because Greenwood failed to perfect service of process on Sun Life, and therefore this Court had and has no jurisdiction over either entity. Moreover, the final order is rife with errors of law and fact, largely due to Greenwood and Mr. Anderson's failure to fully advise the Court, and is in violation of the law governing ( and the terms of) the structured settlement annuity.

Sun Life claims in its motion:

Notwithstanding what Sun Life claims in its motion, at 14.55%, the discount rate that Greenwood Funding was charging Anderson for the disputed transfer was utter crap!

This is an important case to follow.  Stay tuned.