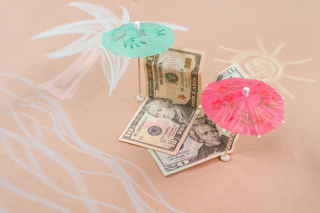 minimized/eliminated and are fully understood by buyers and certain settlement planners and other merchants stop misrepresenting them as annuities? Factored structured settlement payment streams are not annuities according to the National Association of Insurance Commissioners, whose members regulate the sale of annuities and insurance products. The NAIC's Statutory Issue Paper 160 dismisses the notion that acquired structured settlement payment rights are annuities or insurance products.

MetLife introduced a domestic non qualified assignment program as an excellent option for settlements comprised in whole or in part with taxable damages, settlements that otherwise to do not qualify for IRC 130 (such as wrongful imprisonment), or for structured installment sales. Payments must begin  within a year. The design for the funding asset, an immediate annuity issued by Metropolitan Tower Life Insurance Company, requires compliance with IRC 72(u).  IRC 72(u) is also known as the "non natural person rule"

Treatment of annuity contracts not held by natural persons

(1)In general, If any annuity contract is held by a person who is not a natural person—

(A) such contract shall not be treated as an annuity contract for purposes of this subtitle (other than subchapter L), and
(B) the income on the contract for any taxable year of the policyholder shall be treated as ordinary income received or accrued by the owner during such taxable year.
For purposes of this paragraph, holding by a trust or other entity as an agent for a natural person shall not be taken into account.
(3) Exceptions  This subsection shall not apply to any annuity contract which—
(A) is acquired by the estate of a decedent by reason of the death of the decedent,
(B) is held under a plan described in Section 401(a) or 403(a), under a program described in section 403(b), or under an individual retirement plan,
(C) is a qualified funding asset (as defined in section 130(d), but without regard to whether there is a qualified assignment),
(D) is purchased by an employer upon the termination of a plan described in section 401(a) or 403(a) and is held by the employer until all amounts under such contract are distributed to the employee for whom such contract was purchased or the employee's beneficiary, or
(E) is an immediate annuity.
What is an immediate annuity?
Per IRC 72(u)(4), the term "immediate annuity" means an annuity
(A) which is purchased with a single premium or annuity consideration,
(B) the annuity starting date (as defined in subsection (c)(4)) of which commences no later than 1 year from the date of the purchase of the annuity, and
(C) which provides for a series of substantially equal periodic payments (to be made not less frequently than annually) during the annuity period.
Funding Agreement is Not an Annuity Contract
In August 2020 American General introduced its Funding Agreement Structured Settlement which can be used with it domestic non qualified assignment company to fund non qualified structured settlements with a deferred start date. How is this possible?
The New York State Department of Financial Services provides some excellent resource material that I have excerpted below.
Funding Agreement Not An Annuity Contract. Section 3222(a) states that the issuance or delivery of a funding agreement shall not be deemed to be doing a
kind of business authorized by §1113 of the Insurance Law or engaging in any business authorized by §1714 of the Insurance Law.
1. In 1982, the term “annuity” was defined to mean “all agreements to make periodical payments where the making or continuance of all or some of a
series of such payments, or the amount of any such payment, depends on the continuance of human life”, except payments made under the authority of
§1113(a)(1) (i.e., optional modes of settlement of life insurance proceeds (a) As such, a funding agreement could provide for periodic payments over a
period certain for individuals in structured settlements or in cases where an annuity with life contingencies was not wanted.
2. In 1985, the term “annuity” was amended by adding the phrase “for a period certain or” following “periodical payments” in the definition of annuity. See §1 of Chapter 864 of the Laws of 1985. As such, an agreement to make “periodical payments for a period certain” could now be considered to be an
annuity as defined in §1113(a)(2). (a) The sponsor’s memorandum in support of Chapter 864 of the Laws of 1985 states that the bill would bring New York into conformity with approximately 38 other states that permit period certain contracts to be written for a period of years rather than for a period dependent on the continued life of the annuitant.
3. Funding agreements sold to entities are not annuities because:
(a) Annuitant must be a natural person. There is nothing in the bill jacket of Chapter 864 of the Laws of 1985 to suggest that the change in §1113(a)(2) was intended to broaden the class of purchasers beyond annuitants (i.e., natural persons).
(b) Installment payments at maturity of a guaranteed interest contract does
not make the contract an annuity. There is nothing in the bill jacket of Chapter 864 of the Laws of 1985 to suggest that the change in §1113(a)(2) was intended to expand the scope of such contracts to include unallocated funding agreements, such as fixed rate, fixed maturity guaranteed interest contracts that provide for installment payments at maturity rather than a lump sum payment. An unallocated guaranteed interest contract is either a funding agreement or a group annuity contract depending on whether the contract provides for or permits the purchase of annuity payments dependent on the continuance of the lives of more than one person. See §4238(a).
4. In addition, a period certain annuity is not a funding agreement because the issuance or delivery of a funding agreement cannot be deemed to be doing a kind of business authorized by §1113.
(a) It has been argued that structured settlements providing for periodic payments to individuals can be considered annuity contracts. However,
because §3222(b)(iv) specifically refers to agreements “ providing for periodic payments in satisfaction of a claim”, we continue to classify such
agreements to be funding agreements for review purposes.
(b) Agreements that provide for lump sum payments at maturity are considered to be funding agreements.
The Utility of Factored Structured Settlement Payment Streams
The settlement planners who misrepresent factored structured settlement payment streams as annuities are not only misleading their clients, but potentially shooting themselves in the foot. If indeed they were annuities, which they aren't, wouldn't their ownership by a domestic assignment company (a non natural person) possibly violate IRC 72(u)? Factored structured settlement payment streams are often the result of a "slice and dice" of some other person's structured settlement payment streams. Payments are not substantially equal and/or have deferred start dates.
How Not Being an Annuity Presents an Advantage Under Certain Circumstances
Given that factored structured settlement payment streams are not annuities, according to the National Association of Insurance Commissioners, under the right circumstance with proper disclosures and acceptance of risk, they may be viable as part of the solution for certain clients. The risks associated with factored structured settlement payment streams include: