The Injury Board is an association of experienced trial attorneys practicing throughout the United States and the United Kingdom. Injury Board says its proponents of the civil justice system and consumer rights, pride themselves on being part of a select group that includes only the best of the best — past, present and future leaders of various trial bar organizations as well as board certified attorneys. 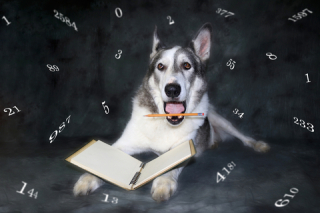 Membership in the Injury Board is restricted to firms that believe passionately in the pursuit of civil justice and work tirelessly to preserve the civil justice system. To be considered for membership, firms must meet at least one of the following criteria:

Leadership: A member of the firm must currently hold (or have held) an executive committee position in his or her local, state or national trial lawyer association, or

Board Certification: A member of the firm must be board certified in civil trial law. This designation not only demonstrates a dedication to the practice of law but also indicates special expertise.

What is The Legal Examiner?

Where is John Bair a Trial Lawyer?

Milestone is listed as an Injury Board Member despite its CEO, John Bair not being a trial lawyer.  Sam Dolce-Powers, self proclaimed "pesto king" ( Source: Instagram)  is an attorney and associate, but he only joined Milestone in late 2019. Bair has been promoting Milestone Consulting via Milestone Legal Examiner since 2012 and his structured settlement factoring origination business via The CrowFly Legal Examiner for a number of years preceding the spinoff.  So the question that begs an answer is what did John Bair do to become an Injury Board Member?  I ask because while Bair is not an attorney, let alone not board certified, Milestone Consulting's John Bair has this week used his Legal Examiner Injury blogging privileges, obtained for some consideration or another (such as perhaps a sponsorship), to add to some of his most outrageous marketing claims of 2020.

Says Bair "A settlement that’s structured into a fixed guaranteed annuity at current rates will yield between one and two percent, whereas a professionally managed investment-backed periodic payment obligation", Bair says "can show yields of seven to nine percent based on average market activity."

How does this comply with FINRA regulations?

FINRA Rule 2210(d)(1)(F) states that communications may not project investment performance, imply that past performance will reoccur, nor make any exaggerated or unwarranted claim or forecast  (Emphasis added)

What Does Yield Mean?

Yield is defined as the income return on investment. This refers to the interest or dividends received from a security and is usually expressed as an annual percentage based on the investment's cost, its current market value, or its face value.  Yield vs. Total Return: What's the Difference? - Investopedia  April 10, 2020

"Mother Goose", Bair, a recent spinner of structured settlement trashing fairy tales, "picks the pocket" of Snow White, Hansel and Gretel, Cinderella, The Frog Prince, Rumpelstiltskin, The Bremen Town Musicians, The Elves and Little Red Cap, by starting his latest rag on structured settlements with "Once upon a time". He continues " there was one common way to split an incoming personal injury settlement into set future payments. The money would go into a structured settlement annuity, which would provide plaintiffs with their agreed-upon payments over years.  And back in the day, annuities were a viable option with "four to five percent expected growth". But after the 2008 recession, returns on annuities took a nosedive and never fully recovered, now yielding one to two percent for plaintiffs who receive their settlement over time".  [So back in the day it was growth and now it's yield?]

Morgan Stanley forecasted a 2.8% average annual return over the next 10 years for a 60/40 portfolio, according to note to clients quoted in Business Insider- Investopedia  November 6, 2019. "Investors will need to accept much higher volatility to eke out small incremental units of return.  To be fair, a question that should be asked of Bair is "What kind of risk is on the table for a 7-9% yield that Bair claims he can show?"

As I've written and is plain in the tax code, the taxation of periodic payments used in the settlement of litigation is associated with the type of damages the periodic payments represent , not something that you will see in Architectural Digest, Cosmo or Vogue.