Structured Settlement Brokers and the United States Department of Justice

Despite advertising they are plaintiff exclusive, some structured settlement brokers have declared under penalty of perjury to the United States government that they have had substantial experience in each of the past 3 years, providing structured settlement brokerage services to or on behalf of defendants or their counsel. This raises a serious question of integrity at the same time some settlement planners have a mutually exclusive public marketing message. 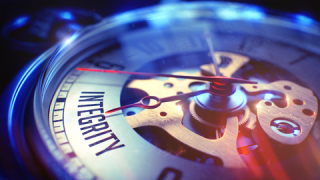 A question of integrity

forth in 28 C.F.R. §50.24(a). Each year anyone who wishes to get on the list or remain on the list must submit a declaration under penalty of perjury that

a. I am currently licensed by at least one State, the District of Columbia, or a Territory of
the United States as a life insurance agent, producer, or broker;
b. I am currently licensed or appointed by at least one life insurance company to sell its
structured settlement annuity contracts or to act as a structured settlement consultant or
broker;
c. I am currently covered by an Errors and Omissions insurance policy, or an equivalent
form of insurance;
d. I have never had a license to be a life insurance agent, producer, or broker revoked,
rescinded, or suspended for any reason or for any period of time;
e. I have never been convicted of a felony; and
f. I have had substantial experience in each of the past three years in providing structured
settlement brokerage services to or on behalf of defendants or their counsel.

I declare under penalty of perjury that the foregoing is true, accurate, complete, and
correct. 28 U.S.C. 1746.  NOTE: Perjury is a crime under federal law as well as state law.

Over the years since the regulation was established, it has on occasion not been treated seriously by a number of plaintiff exclusive practitioners have signed this declaration and submitted it and their names have appeared on the list.  For example:

A current name on the 2020 Calendar year DOJ list is described on a settlement company website as "_______is the founder of ______, LLC providing comprehensive financial planning exclusively for settlement recipients and their attorneys.

Whether or not this constitutes perjury is for legal experts to decide. However anyone signing such declaration under penalty of perjury and the insurance agencies they are appointed with should be mindful of the fact that a person convicted of perjury under federal law may face up to five years in prison and fines. The punishment for perjury under state law varies from state to state, but perjury is a felony and carries a possible prison sentence of at least one year, plus fines and probation.  A perjury conviction might need to be noted on an insurance or securities license renewal and might impact the ability to main professional credentials such as CFP, ChFC, CLU, CPA etc.

If a settlement planner or annuity broker is tempted to act in hypocrisy and commit the crime of perjury, consider this, which is expressly stated in 28 C.F.R. § 50.24 :

(1) The inclusion of an annuity broker on the list signifies only that the individual declared under penalty of perjury that he or she meets the
minimum qualifications required by the Attorney General for providing annuity brokerage services in connection with structured settlements entered into by the United States.

1 This 2020 Calendar-Year List also appears at www.justice.gov/civil/structuredsettlement-brokers in PDF format and is available to the public.
2 list is based solely and exclusively on the Declaration submitted by the annuity broker, the appearance of an annuity broker’s name on the list does not signify that the annuity broker actually meets those minimum qualifications or is otherwise competent to provide structured settlement brokerage services to the United States. No preferential consideration will be given to an annuity broker appearing on the list except to the extent that United States Attorneys utilize the list pursuant to section 11015(b) of Public Law 107–273.

(2) By submitting a Declaration to the Department of Justice, the individual annuity broker agrees that the Declaration and the list each may be made public in its entirety, and the annuity broker expressly consents to such release and disclosure of the Declaration and list. Accordingly, any broker being considered for selection should be required to verify at the time of selection that he or she meets the minimum qualifications set forth in 28 C.F.R. §
50.24(a) and is otherwise competent to provide structured settlement brokerage services to the United States.