Insurance Company of North America has moved for an interpleader in the matter of Philip Lape vs Structured Asset Funding dba 123 Lump Sum, a structured settlement transfer dispute that is pending in Monroe County New York also seeking attorney fees and expenses. Lape seeks among other things, a declaratory judgment that Lape was and always has been  resident of Monroe County New York and that the proper jurisdiction is and was Monroe County New York.   [ NY Sup. Monroe Cty E2020003377]

What does interpleader mean?

Interpleader is a way for a holder of property to initiate a suit between two or more claimants to the property. If, for example, 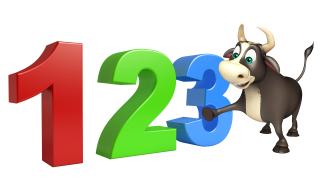 A holds property that he knows he does not own, but that both B and C are claiming, A can sue both B and C in an interpleader action, where B and C could litigate who actually owns the property.  [Source: Legal Information Institute Cornell]

If the judge grants the interpleader, then the Insurance Company of North America will not pay Structured Asset Funding/ 123 LumpSum or its assignees (if SAF/123 which originated the disputed deals assigned its rights to another investor or investors)  Instead such payments will be paid into the Court to be held until the matter is resolved.

In Portsmouth Circuit Court in Virginia,  in another matter that SAF/123 is contesting, that was the subject of a blistering December 27, 2015 Washington Post expose, a motion for interpleader has been pending for more than 4 years, allowing close to a million dollars to go to assignees. The a hotly disputed Terrence Taylor case also involves alleged forum shopping and the virtual obliteration the structured settlement of a permanently injured African American victim (who now subsists on disability) through an unconscionable number of transactions in 2 years.

The Lape lawsuit against SAF/123 Lump Sum stems from a series of transfers in which SAF/123 Lump Sum allegedly induced Lape to come to Florida to do the deals even though they knew he was a resident and domiciled in New York. The Complaint against SAF/123 Lump sum includes copies of emails from Mel Luback, then an employee of Structured Asset Services that speak for themselves, highlighting who induced who as well as the manufacturing that was done to do the deal in Florida. As one would expect, part of SAF/123 Lump Sum's defense has been to attack their victim saying they were complicit in the fraud. Forum shopping was a dirty little secret of the structured settlement factoring industry before it began to get exposed in a series of legal cases and chronicled here. Judge Michelle Morley's courtroom in Sumter County became the structured settlement forum shopping mall of the South until Florida's structured settlement transfer laws were tightened up.

Insurance Company of North America contends that upon information and belief, Monroe County has personal jurisdiction over Mr. Lape inasmuch as Mr. Lape resides in Monroe County, New York, and has alleged that the facts and events giving rise to his Complaint filed in this matter have occurred in Monroe County, New York.  This Court has personal jurisdiction over SAF because it transacts business within this State. This is an action seeking certainty regarding the parties’ respective rights to receive periodic structured settlement payments. Venue is proper in this Court says INA.