On October 26, 2020 American International Group announced that it would begin the process of separating the AIG Life & Retirement division from AIG with the goal to establish two independent, market-leading companies. The process is expected to last several years.  If one looks to the blue books of the insurers and old A.M. Best reports one can see that American General has paid billions in dividends to the parent company. If some of that money can now be kept at American General, it has to be a positive that should favorably impact pricing to consumers. 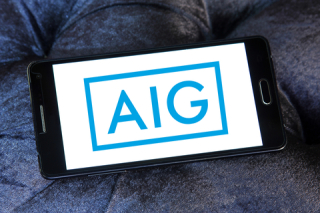 Who is AIG Life and Retirement?

On May 11, 2001 the Chicago Tribune reported that "the race for scale in U.S. life insurance stepped up Friday, as global insurance giant American International Group reached an agreement to acquire fellow insurer American General Corp. for about $23 billion in stock". The deal was reported by the Chicago Tribune as "the largest ever in insurance" and "would create the largest U.S. insurer by far, and sends a signal to all other U.S. life insurers and annuity sellers that they have to get much bigger to compete.

It's Halloween all year round for the hellhounds and vultures of the structured settlements secondary market. They want your structured settlement candy. The incorrigible fiends drool for your large financial candy bars at bite size prices. Naturally when such an announcement is made, you can expect fake news and speculation from those looking to induce gullible people into to a pennies on the dollar financial blood letting.  One company, whose founder Robert Shapiro is now in jail, deliberately targeted AIG annuitants during the 2008 financial crisis. Annuitants that stayed the course received their payments.