The Insurance Claims Journal has today published an article by writer James Sams that named the victim hospital in the Joe Gargan embezzlement scheme, despite great steps that were taken by prosecutors to not name victims in its press release and in pleadings. 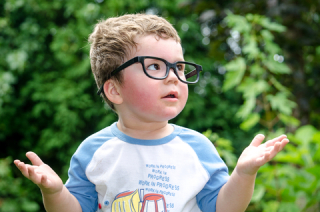 Here is an excerpt of what the USDOJ press release said

"In addition, Gargan embezzled money from a hospital located in New York that was part of a civil settlement with a minor child. The settlement called for $3,825,000 to be paid by the hospital to a trust to pay for the care and ongoing medical treatment of the child. The settlement agreement also provided that a portion of the $3,825,000 be paid to a structured settlement broker who would then purchase an annuity which would generate future income for the trust. The Pension Company was retained as the structured settlement broker. From October 2018 to March 2020, the hospital paid the Pension Company a total of $1,032,750 to fund the purchase of an annuity on behalf of the trust. Gargan embezzled all $1,032,750".

One wonders if he had the name of the minor or his trust, James Sams and Insurance Claims Journal would have the temerity to name them too.

Sams also is wide of the mark on who the victim of largest amount of the swindle was. The United States taxpayer. Simply reading the Sentencing memo would reveal that "Once the United States learned of Mr. Gargan’s embezzlement, it allocated new funds to purchase the agreed upon annuities for the victims. As a result, each of the settlement agreements listed in Count 1 have been fully satisfied (by the US. Government" Clearly neither James Sams, nor his editor, read from a source they cited, or chose to omit the critical detail.

But for an insurance trade publication to miss the biggest question of all, why Gargan elected to embezzle rather than file a $100,000 claim against a policy that likely had limits in the millions, is a real head scratcher.  They merely reported that "Gargan said he would have had to shut down his company if he filed a claim with his professional liability claim (sic)".

Finally, there were a number of lawsuits by former Pension Company brokers over hundreds of thousands in unpaid commissions that Gargan didn't pay. For example Kennedy Scion Joe Gargan Defending Lawsuit Alleging That He Screwed Broker Out of $200,000 Commissions   July 5, 2020.  I have personally spoken with two other former Pension Company brokers in the last 48 hours, about severely delayed or unpaid commissions going back 5 years.