J.J. Edwards of Lithonia Georgia is a mixed bag about structured settlements.  Some good, some unfortunately misinformed. 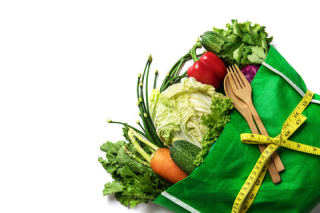 A "mixed bag". The J.J. Edwards blog about structured settlements is misinformed as I explain in this blog

1. J.J. Edwards states in a still published July 5, 2018 blog that "Structured settlements are governed by both federal and state laws and must be closed under court order".

2.  J.J. Edwards  is at sixes and sevens with the Periodic Payment Settlement Tax Act of 1982 saying "to encourage their use, the new law made any interest or capital gains earned on the annuity within a structured settlement tax free".

Facts:  The type of damages paid as consideration for the release of liability is the locus of taxation. Damages are the name of the game. An annuity is merely a funding vessel on which damages travel to the plaintiff/payee. A structured settlement annuity is the most common type of so-called "qualified funding asset", a term defined under IRC Section 130(d). IRC Section 130 was established as part of the Periodic Payment Settlement Act of 1982. A plaintiff cannot own the annuity funding his or her structured settlement.   Read Qualified Assignments 101  What is a Qualified Assignment? and Periodic Payment Settlement Tax Act of 1982.

32. J.J. Edwards then appears to jump to the factoring or sale of structured settlement payments, but gets that wrong by saying  "The process is highly regulated by the courts. Some states also require the hiring of an attorney as a precondition to acquiring a structured settlement annuity".

Facts:  "Courts interpret the law by explaining or clarifying what the law means. A court might interpret law from a constitution, a statute, or an agency regulation. Courts also make laws when they determine the validity of laws"  Source: GeorgiaLegalAid.Org, retrieved 9/5/2020.

In the United States, federal laws are enacted by Congress. In order to make the laws work on a day-to-day level, Congress authorizes certain government agencies, to create regulations. The 10th Amendment to the United States Constitution, ratified in 1791, stating that the federal government has only those powers delegated to it by the Constitution, and that all other powers not forbidden to the states by the Constitution, are reserved to each state, or its people. To that end, each state's legislative branch enacts state statutes, an executive branch that promulgates state regulations pursuant to statutory authorization, and a judicial branch that applies, interprets, and occasionally overturns both state statutes and regulations, as well as local ordinances.

4. J.J. Edwards then gets this wrong too "In most cases, structured settlement holders only sell part of their annuity. Typically, the funder will ask for a discount rate of between 6% and 29% of the settlement’s value. There are other costs, including surrender charges of as much as 10%, and if you sell the annuity before you reach the age of 59 ½ you will pay federal tax penalties"

Facts:  Holders of structured settlement payment rights cannot sell part of the annuity. They have no control or ownership of the annuity itself. They may only sell/transfer the rights to the structured settlement payments under certain circumstances. There are no surrender charges or pre age 59 1/2 penalties with structured settlements.  You cannot surrender an annuity contract which you do not own.  All profit is based on how greedy or generous an entity with a pennies on the dollar value proposition wants to be to get the business, its cost of money, what investors are willing to pay and the company's expense load.

A discount rate is component of an equation to determine the present value of future cash flows. The "cart" does not come before the "horse".  However you interpret it, as 6%-29% of the present value or the future value, the result using the J.J. Edwards purported methodology from its blog is a high octane grade of "rat turd" for your money.  As much as I have been critical of business practices in the structured settlement secondary market over the years, I have to come to their defense here because the J.J. Edwards blog's explanation is just downright absurd.

5. J.J. Edwards does get something partially right however!  "Before selling a structured settlement, policy holders should weigh the financial losses they might incur against the need they have for an immediate payout"

Exactly!  You will never make money by selling your structured settlement payments, you will lose money 100% of the time.

6.  J.J. Edwards has some good ideas here, but... "Check on line to learn if the broker has customer complaints, and check that the broker is listed with the Better Business Bureau. Determine that the funder has never defaulted on a settlement purchase, has been in the business at least three years, is registered to do business in all 50 states and is based in the United States"

Fact:  Few, if any, structured settlement factoring companies are registered to do business in all 50 states.

Being listed with the BBB is easy. One now defunct factoring company whose questionable business practices were exposed and later cited in findings by a Federal judge, listed contacts that didn't even exist on the BBB of Maryland listing for the company.  They were aliases for the owner of now defunct Sovereign Funding, who admitted such in a sworn deposition in a legal matter where he was found liable. Multiple aliases were used on social media sites such as LinkedIn. The aliases even endorsed each other, LOL. David Springer was forced to admit the aliases, shortly after the aliases were noticed for depositions.  That's not something you would know by checking the BBB.  Fortunately for consumers the Structured Settlement Watchdog makes an effort to connect the dots, as he has for going on 15 years.