Joseph E. Gargan, 59, of Round Hill, Virginia  who was the Chief Executive Officer of The Pension Company, Inc. pleaded guilty June 15, 2020 to embezzling nearly $8 million that was intended to settle claims by children who alleged they were victims of medical malpractice.

According to court documents, Joe Gargan's company would execute settlement agreements entered into between civil litigants. Specifically, The Pension Company was hired to transfer money from civil defendants to plaintiffs and to purchase annuities on behalf of minor plaintiffs. 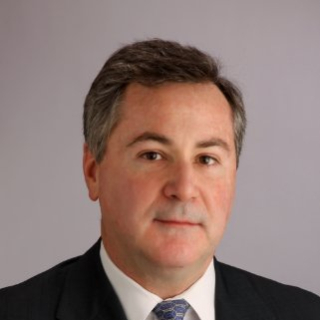 the annuities and execute the six settlement agreements. Gargan embezzled $6,925,000 of this money.

To add further insult to injury, Gargan cost the taxpayers of the United States millions more because the United States had to go back and purchase the annuities that should have been purchased but at significantly higher cost because interest rates had shifted.

In addition, Gargan embezzled money from a Westchester County New York hospital that was part of a civil settlement with a minor child. The settlement called for, among other things, $3,825,000 to be paid by the hospital to a Supplemental Needs Trust to pay for the care and ongoing medical treatment of the child. The settlement agreement also provided that a portion of the $3,825,000 be paid to a structured settlement broker who would then purchase an annuity which would generate future income for the trust. The Pension Company was retained as the structured settlement broker. From October 2018 to March 2020, the hospital paid The Pension Company a total of $1,032,750 to fund the purchase of an annuity on behalf of the trust. Gargan embezzled all $1,032,750. It was money that it tookhad taken  several years for the hospital to raise.

What's astounding is that Gargan pulled off the end of the Westchester hospital heist knowing the DOJ was on his tail, at the height of Covid -19 in New York.

In some cases, Gargan attempted to conceal his criminal activity by creating false documents purporting to show that he had purchased the annuities when, in fact, he had embezzled and converted that money to his own use. Gargan also made payments to the plaintiffs falsely claiming the payments were proceeds from an annuity, when, in fact, the payments were made only to conceal his criminal conduct.

Gargan pleaded guilty to embezzlement of government funds and wire fraud and faces a maximum penalty of 30 years in prison when sentenced on September 23. according to the press release. Actual sentences for federal crimes are typically less than the maximum penalties. A federal district court judge will determine any sentence after taking into account the U.S. Sentencing Guidelines and other statutory factors.