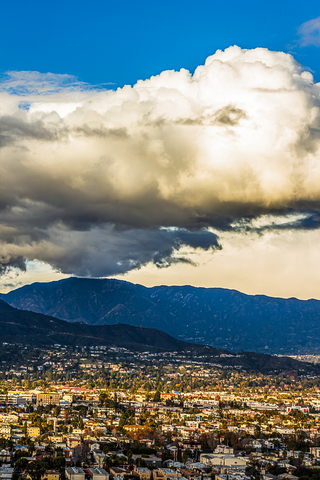 Live from Downtown Burbank. Even the clouds look " sheepish"

claim as a "structured settlement expert". Kicking the tires around their website reveals an ample supply of leaking hot air. For example RJE Capital states "It is important to feel comfortable with your broker so make sure you understand their brokerage fee as well as confirm they are certified and licensed" and "... the factoring companies and individual investors, make up the secondary market which is highly regulated so your money is in good hands"

However while RJE Capital is registered with the California Secretary of State as a business (for less than a full term pregnancy), it chooses to hide the identity of its members on its website and in the California Secretary of State online records. That is a red flag. there is no evidence that it is licensed in California by the Department of Insurance. It is not registered in Florida.  I wonder what does RJE Capital have to hide?

Who is RJE Capital certified by in an industry (structured settlement secondary market) that has more or less escaped any form of regulation of sales practices?   No personnel are identified, so its impossible to verify if any staff  hold the CSSC or MSSC or any professional designation relevant to support the seemingly questionable claim that RJE Capital is a structured settlement experts.

Knock Knock Who's Not There?

RJE Capital's domain registration is anonymous using a service called " Knock Knock Who's Not There".  That just doesn't fly anymore for consumers who interface with a corrupt little industry that enabled the "felonious skunk" Dan Cevallos' alleged Advance Funding Structure Advance Program Ponzi scheme, Todd Dyer, the jailed Ponzi schemer, the lying reprobates from Owings Mills who were banned from doing business in Maryland for 7 years by the Maryland Attorney General, more than 200 forgeries on court documents filed in New York and Florida, half of which were tied to a single Miami lawyer (since disbarred), illegal forum shopping, the financial rapes of Cedric Thomas for a million plus and Lauren Nesbitt for a million plus and others and overall parasitic behavior that has led one member to establish a bounty fund to reward tips help root out the parasites.

If people want the "good hands" they always have Allstate. With RJE Capital you get a June 5, 2020 Facebook posting with the letter "N", whatever the heck that means.  While dialing the toll free number is answered RJE Capital, Googling the number 800-557-0964 also comes up with the FAX for a Lawrenceville Georgia wedding photographer named Lenny. According to Caller.Be,the number  800-557-0964 emanates from Hudson City, NJ.

Simple Transparent ?  Anything But

RJE Capital has no Better Business Bureau rating and nobody answers the phone when you call. You leave required to leave a message and they record your voice.  There is no way to verify the " 25 years of experience involving  buying structured settlement or annuity payments".

"A structured settlement, on the other hand, tend (sic) to be the result of a lawsuit. Instead of a plaintiff receiving a lump sum from the defendant, the settlement amount is converted into a series of payments over time. These are called deferred payments".

RJE Capital claims to act in your best interest yet a search of court dockets around the United States may not show any cases where RJE Capital is the purchaser of the payment rights.  This could mean the company is doing no business, or it could mean that they operate under pseudonym LLCs, a horrible business practice.  When things go wrong, you're looking to find shells, but it's no day at the beach.

RJE Capital claims that there is "money in your annuity". With a structured settlement you only own the rights to the payments not the annuity itself. There is no money in the annuity per se and the annuity has no cash value. The money is the amount a willing buyer and a willing seller agree on. If the buyer is too trusting or asleep at the switch, more of your financial future is down in a ditch for pennies on the dollar.

"RJE Capital doesn't inspire much confidence when it comes to being a trusted provider of structured settlement buyouts. Aside from a blog, you won't find a lot of information on their website to detail what to expect from their service.

Instead, you'll have to fill out their online request form - which actually states, in the fine print at the bottom, that entering your phone number means you agree to be called by an RJE representative "or another trusted partner". Why would RJE Capital be handing you off to another service, straight out of the gate? That doesn't sound good.

Another red flag was the lack of a listing with the BBB. Unlike the other buyers of structured settlements in our review, RJE Capital doesn't have any rating or accreditation there that we could find. What's amusing is that in one of the blog posts on this company's site, it says that you should make sure that any service you use has a positive rating from the Better Business Bureau!"