In a split decision in Burt Kroner v Commissioner , No 23983-14, T.C Memo 2020-73 (June 1, 2020), the United States Tax Court ruled in favor of the IRS as to the tax deficiency against Burt Kroner because (1) the transfers of funds to Kroner during the years at issue did not constitute gifts that Kroner properly excluded from income under IRC Section 102 however, (2) 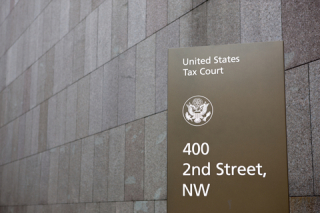 Client First CEO Burt Kroner cannot avoid taxes on the $24.775M he earned for 3 years and unsuccessfully tried to characterize as gifts, but avoided penalties according to the U.S. Tax Court decision

While Kroner is liable for the tax deficiency (and the gargantuan amount of interest piling up over 13-15 years), Kroner is not liable for accuracy-related penalties under section 6662 because the IRS appeal was not timely.  Alex M. Parker of Law 360 estimates that the tax liability on the " gifts" is over $9 million  (plus interest).

What is IRC §102?  The general rule, per IRC §102(a) is that gross income does not include the value of property acquired by gift, bequest, devise , or inheritance.

What is IRC §6662(a)? If a taxpayer has a reportable transaction understatement for any taxable year, there shall be added to the tax an amount equal to 20 percent of the amount of the understatement.

Who is Burt Kroner?

Anyone who wants to know a little of the history of structured settlement factoring can get a head start by reading the Memorandum decision and Findings of Fact.

"In 1992 Kroner sought capital from Bob Shapiro  to purchase discounted privately held mortgages. Mr. Shapiro  (the now jailed former maestro of Woodbridge Structured Funding) was the owner of Dunewood Funding (Dunewood), located in Florida. Mr. Shapiro in turn introduced petitioner to Mr. Haring, who was an investor in Dunewood. As a result of this introduction, Dunewood hired petitioner to buy privately held mortgages. Kroner initially worked as a contractor for Dunewood from his home in New Jersey, but after Dunewood found its footing in the discounted-cashflow industry, Kroner moved to Florida as an employee of Dunewood. Shortly thereafter, Dunewood experienced financial troubles, which led Mr. Haring to spend two weeks at Dunewood in an attempt to salvage his investment. Kroner and Mr. Haring spent time working together during this period. Mr. Haring ultimately agreed to provide additional funding to alleviate Dunewood's financial difficulties. Mr. Haring also assigned Mr. Mitchell to work at Dunewood in order to oversee operations and to protect Mr. Haring's capital
investment. Petitioner and Mr. Mitchell developed a close relationship during their time together at Dunewood. After recovering his investment in Dunewood in late 1992, Mr. Haring dissociated himself from the business and Mr. Mitchell left the company.

Beginning in 1995 at Mr. Haring's request, Kroner agreed to act as a nominee for Mr. Haring by establishing and holding various financial interests beneficially owned by Mr. Haring. In 1995 petitioner opened a nominee bank account at Credit Suisse for Mr. Haring. In 2000 petitioner established a trust in  Liechtenstein for Mr. Haring called the Waromi Trust. The Waromi Trust was administered by LGT Trust Management Limited. Mr. Mitchell had a power of attorney for the Waromi Trust and the Credit Suisse account. Petitioner was reimbursed for his travel expenses in connection with opening the accounts and establishing the trust for Mr. Haring, but he did not receive any compensation for those services. In early 2000 petitioner started a credit counseling business called First Mutual Financial (First Mutual). Petitioner operated First Mutual for approximately six to seven years. Although Mr. Haring did not have an ownership interest in First Mutual, he provided a loan facility through Avenger, an entity under his control (Avenger loan). In 2007 Kroner paid off the Avenger loan
using some of the funds transferred to him, purportedly as gifts, by Mr. Haring. In 2000 while petitioner's non-compete agreement was still in force, Mr. Haring, through Skyline Technologies, Ltd. (Skyline), reentered the discounted-cashflow-industry by providing emergency funding and loan guaranties to Settlement Funding, LLC, doing business as Peachtree Settlement Funding (Peachtree). Peachtree's business, like that of Singer, focused on purchasing
structured settlements and life insurance settlements. In exchange for the funding and loan guaranties, Mr. Haring acquired an estimated 70% equity stake in Peachtree. When asked at trial whether Kroner had any interest in Peachtree, Mr. Bernstein testified only that petitioner's name did not appear as that of an owner in any of the paperwork for any transactions. Mr. Haring eventually liquidated his interest in Peachtree for approximately $255 million in a
series of transactions. The first liquidity event came when LLR Partners, Inc., and Greenhill Capital Partners made a private equity investment in Peachtree on February 4, 2005. In March 2006 Peachtree went public on the London Stock Exchange, providing a second liquidity event for Mr. Haring. Finally, in November 2006 Credit Suisse acquired Peachtree, resulting in the total liquidation of Mr. Haring's interest in Peachtree.