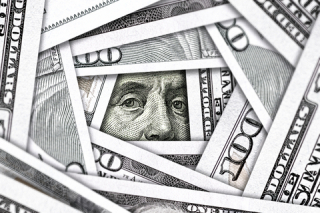 Advance Funding Ripped Off Bronx Structured Settlement Annuitant and others

by Advance Funding and its principal, Dan Cevallos  (a/k/a Jack Taylor)  in the structured settlement factoring industry. What you are about to read is very disturbing and will make you question just how effective regulation is to protect structured settlement consumers when a convicted felon with a lifetime ban from FINRA who has been known to operate this scam for more than a few years made a mockery of the system.

This story should be a wake up call to Attorneys General in New York and Florida, the New York District Attorney, the FBI, FINRA. And a shout out to AOC, one of your Bronx constituents is a financial rape victim and she's not the only one.

Melissa Diego is 34 years old. As a 4 month old infant she suffered severe burns in an accident at 931 Fox St in the Bronx. Subsequently a lawsuit was brought against 931 Fox Street H.D. F.C. Inc in Bronx Supreme Court Index 6332/1992.  Pursuant to a settlement with the Defendant's Insurer, a structured settlement was established with Allstate Life Insurance Company of New York, with the owner Allstate Settlement Corporation, a qualified assignment company used where obligations to make periodic payments were to be funded with annuities issued by Allstate's two life insurance companies.

All of these payments were income tax free due to Ms. Diego's physical injury under IRC 104(a)(2).  According to Macrotrends, The 10 year Treasury in 1992 averaged 7.01%, which meant the structure settlement IRR would have exceeded that.

Petition to transfer $75,000 of 2016 Lump Sum to JG Wentworth is Denied by Bronx Justice Kenneth Thompson

Ms Diego and counsel for J.G.Wentworth appeared at the hearing.

A few weeks after the Judge Thompson denial  Eddie Rodriguez, who purported to be a Senior Account Executive from Advance Funding just showed up at Ms. Diego's apartment in the Bronx, befriended her and told her that Advance Funding could help her sell her payments and make money by doing the transaction in Florida instead of New York. Rodriguez told her Advance Funding knew how to do the transfer in Florida, and that the transaction would definitely be approved by the Florida court.  The only thing is that Ms. Diego lived her entire life in the Bronx New York.

Rodriguez came to Ms. Diego’s apartment with documents already “loaded” on his iPad. He had her sign various documents electronically. Rodriguez did not give Ms. Diego copies of those documents.

The Order was approved September 18, 2014, signed by Judge  John Murphy III and the two payments were assigned to Habitus Funding.

Ms. Diego did not appear in Court. She did not receive the $560,000.  Instead she was told by Rodriguez that she could make more money if she invested in Advance Funding's " Structure Advance Program" where she could receive  interest on her " investment" at a rate of 10% per year with unlimited access to her funds. Upon information and belief, says the Complaint, or about October 3, 2014 Advance Funding paid approximately $60,000 to Ms. Diego, and “invested” $500,000 of the money owed to her under the Broward Order in the Structure Advance Program.

In April 2015, Rodriguez again contacted Ms. Diego about selling more of her structured settlement periodic payments. Advance Funding sent some documents to Ms. Diego’s address in the Bronx via Federal Express and had her sign them and send them back to Advance Funding. Advance Funding then had the same notary public, Tania Quinones, falsely notarize several documents. In the notary acknowledgment below, Quinones falsely certified that Ms. Diego appeared before her on April 6, 2015 to have certain documents notarized. That was not possible because Ms. Diego was not in Florida on April 6, 2015. Advance Funding again had Jose M. Camacho, Jr., Esq. of the Camacho Law Group, P.A. file falsified documents with the Charlotte Circuit Court.

On May 27, 2015, the Hon. Lisa S. Porter issued a court order approving the Charlotte Petition. This court order was later amended on the motion of Advance Funding. The court order dated May 27, 2015 named Structured Originations, LLC as the assignee of the $822,380.00 payment. Structured Originations is a subsidiary of J.G. Wentworth.  In its motion to amend the May 27, 2015 order, Advance Funding stated that this was a “mistake” and that the actual assignee was Habitus Funding (the same entity that was the assignee in the Broward Order). The Amended Final Order was issued by the Hon. Lisa S. Porter on July 17, 2015 (the “Charlotte Order”).

It was only after attempting to do a deal with JG WEnwtrth in 2019 that Ms. Diego realized that she had been defrauded.

Plaintiff seeks a Declaration from the Court that:

i   Plaintiff’s actual damages in an amount to be proven at trial, but totaling at least$1,000,000.00;
ii. Pre-judgement and post-judgment interest;
iii. Attorneys’ fees as permitted under NY Gen. Oblig. Law § 5-1707 (b) (ii);
iv. Plaintiff’s costs of this action; and
v. Such other and further relief as this Court deems proper.

If you have done business with Eddie Rodriguez or Dan Cevallos of Advance Funding and any of what you read here sounds familiar please reach out to me.

If you are the assignee in any scam labelled "secondary market annuities" to you that were originated by Advance Funding, understand that your investment is potentially at risk as this scheme unravels.

Prior Articles About Advance Funding and Dan Cevallos