I've been provided with a copy of a Milestone Consulting email blast to trial lawyers that states  "Eliminate annuities from your client portfolios and settlement plans".

So you want to  play chicken?

A Game of Chicken?

It seems with a number of things written and posted by Milestone these days, that the devil is in the details.  Readers may wish to review some of my posts within the last few months that provide what is, in my opinion, essential critical commentary. 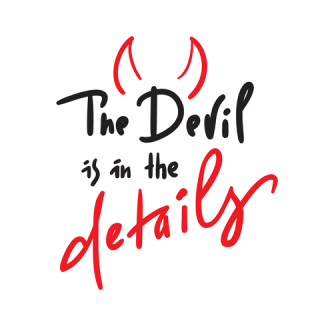 wants to pay a 4% commission for an asset that yields 1.7%?  Milestone provides no cite of start date or duration, rated age, or context. One clue. In his January 11, 2020 blog, Milestone CEO John T. Bair used 1.6% and indicated it was for a 10 year immediate annuity. What would be the yield over a longer period of time?  Milestone's headline says it all. The example Milestone uses for justification is intellectually dishonest in my opinion. When you start adding up the costs of Milestone and affiliated companies' qualified settlement fund, the cost of the assignment fee, the asset management fees, the trustee and/or custodial fees, what is the effective cost?

As to the 4%, if Bair stated in January 2020 that "we have placed $2 billion+ worth of structured settlement annuities". If that can be substantiated, with a few pro bono special exceptions that would mean that Bair and/or the companies he is/was affiliated with, earned about $80,000,000.  in the alternative, some might argue that the an annual asset management fee of 1.5% annually for an unmanaged portfolio is overkill. Who wants to pay 1.5% annually for something like a factored structured settlement payment stream that earns a gross rate in the neighborhood of 3%?

You Say You Want a Revolution?

This statement by Milestone Consulting makes no sense   "We believe that clients benefit greatly by directly owning the stocks in their portfolios, which includes their structured settlements and settlement plans"

The words "eliminate annuities from your client portfolios and settlement plans", compounded by the fact that Bair has admitted in writing to being a factoring originator, begs the obvious question about whether Milestone is itself, or together with entities of common ownership ,  seeking to cannibalize or  churn its own business. Milestone has been heavily promoting the commonly owned factoring firm CrowFly LLC and factored structured settlement payments streams to investors using the tertiary structured settlement market scam label "secondary market annuities" as part of its FeeMaster campaign.

In the words of Lennon and McCartney: