Amble Media Group President David S. Springer, the Mt. Airy Faker of Sovereign Funding Group lore, has found a route back into structured settlements via the use of the old Sovereign Funding Pinterest board with the name " Structured Settlement" and a "stunt double" who looks nothing like him.

What About Amble Media Group?

Maryland public records show that Amble Media Group LLC is a Maryland Domestic LLC filed January 11, 2020, although ostensibly operating as a sole proprietorship prior. The company's address is the same as David Springer's home address in Mount Airy, Mqryland. Amble Media Group has one principal on record and that is David Springer. The one in the farthest left image below.

The Amble Media Group Pinterest Board uses the term "Structured Settlement" as Its descriptor. The website claims that it is in Frederick County, while its Pinterest Board says it is from Columbia Maryland, part of Howard County. 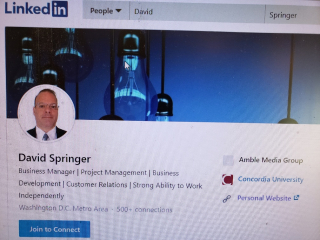 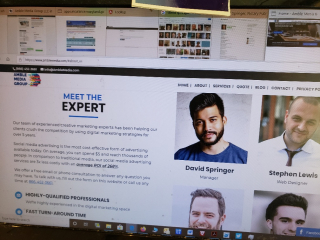 In 2012, Springer tried to cover up is identity by using the pseudonym James Goldstein, It didn't take long to uncover Springer's fraud, replete with fake credentials and stock photos.

Here is a link to a contemporaneous screen shot of the old James Goldstein LinkedIn profile. James Goldstein , Sandy Jackson and David Springer were one and the same. Springer endorsed his fake profile through one of his other fake profiles. It is also believed that Lifetime Capital Partners was fake . Springer does not mention it or Sovereign Funding Group on his present Linkedin, having "moved the chains"  multiple times.

But as Springer has previously demonstrated in the "James Golstein incident", you can't cover up everything. Many of the pins on  his "Giggles" Board on  Pinterest are links to the defunct old Sovereign Funding website. 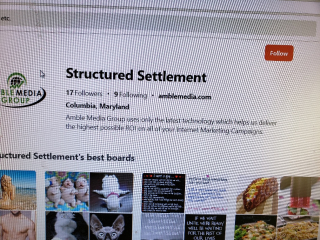 Amble  Media website says from Frederick County Pinterest company location is in Howard County. It's quite an amble between the two. 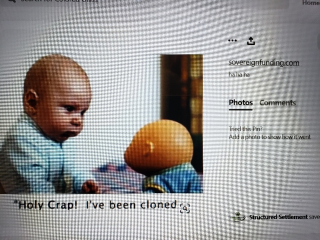 Baby caption says it all